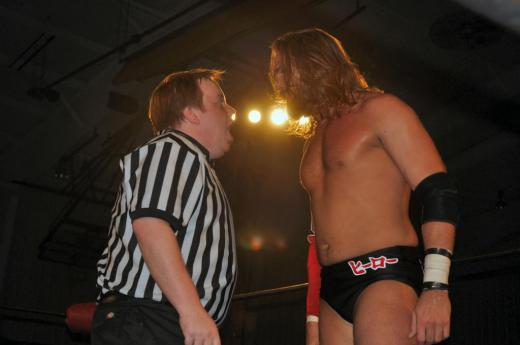 On Episode 38 of The Kevin Kelly Show, Kevin & JT discuss the news of the day, including newfound relationship between TNA and GFW, the upcoming WWE Network Japan special, the fallout from ROH Best in the World, ROH’s Destination America experiment and partnership with NJPW, the future of wrestling pay-per-view and much more.

Kevin then welcomes in Ring of Honor referee Todd Sinclair. Todd discusses the role of a pro wrestling referee, where Jay Briscoe vs. Jay Lethal ranks as an instant classic in his personal pantheon, the worst matches he has refereed, his NHL game watch habits, New England’s strong wrestling pipeline and independent scene, how he got into refereeing, a great Brutus Beefcake locker room story, his friendship with Seth Rollins and much more.

After that, Kevin & JT run through the beloved Trending Topics with stories on escaped convicts, porcupine eating snakes, trucks with TVs and shark attacks.

Finally, the boys recap the NBA Draft and talk some baseball.