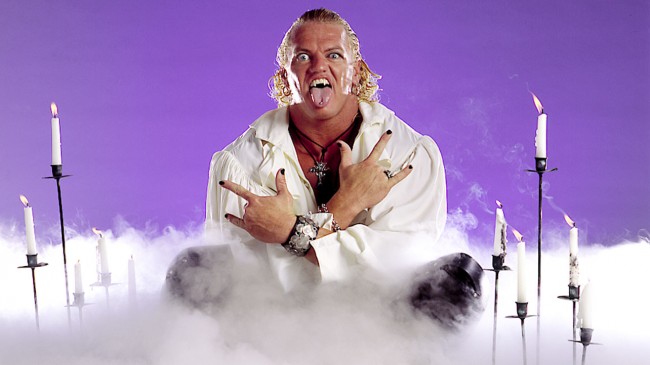 On Episode 21 of The Kevin Kelly Show, it is time for Halloween and to celebrate, Kevin welcomes in David “Gangrel” Heath for a chat! They talk about how he got his start in wrestling, his WWF run and the evolution of his character, the trademark issues with the name Gangrel, the promotions he is currently running, training Rusev, his relationship with Luna Vachon and much more. Be sure to check out Territory League Wrestling and follow Gangrel on Twitter!

Kevin & JR then talk about wrestling Halloween traditions, the best and worst wrestling costumes, Hell in a Cell 2014 and more before hitting up the always popular Trending Topics!

The show wraps with a spirited game of Trick or Treat, where Kevin decides which celebrities, wrestlers and athletes deserve a trick or a treat in 2014.