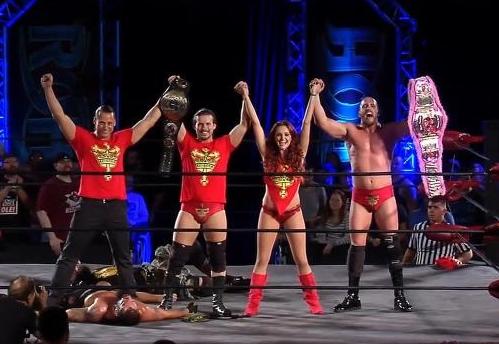 Kevin then welcomes in ROH and NJPW star Matt Taven. Matt discusses his critics, his IWGP tag team title win, how he turned his career around, his friendship with Mike Bennett & Maria, his options outside of a wrestling career, his love of the NBA and much more!

The boys then wrap with a trip through Trending Topics with looks at an aged mother of quadruplets, a bunny ranch dream job, an interesting parent/teacher conference and more. They then wrap up with a game of “Real World Champion”!