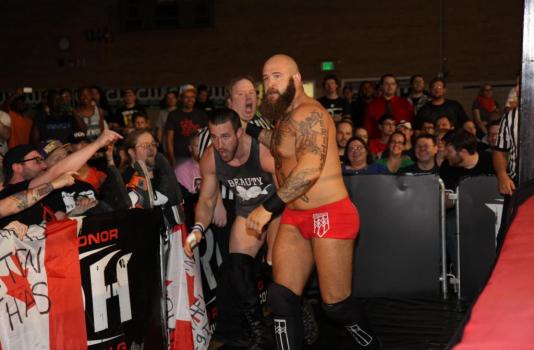 On episode 16 of The Kevin Kelly Show, Kevin talks about the current news and notes in the world of Ring of Honor and is also joined by Ring of Honor’s Ray Rowe, who was just injured and knocked out of action by a motorcycle accident. Ray talks about the details of his tough accident, his aspirations to return to the ring, his upcoming surgery, health status and prognosis, how War Machine got started plus more.

Kevin then discusses all of the fallout from SummerSlam, including where the company is headed with Brock Lesnar, the Bella Twins, Dean Ambrose and more!

Kevin and Justin then run through the Trending Topics of the day before closing out the show with a chat with NWA World Champion Rob Conway. Rob discusses his time in OVW, the concept behind a developmental system and the transition to the main roster, his WWE stint with La Resistance, his back up plan to his wrestling career, how he ended up on the Indy circuit amongst other topics.