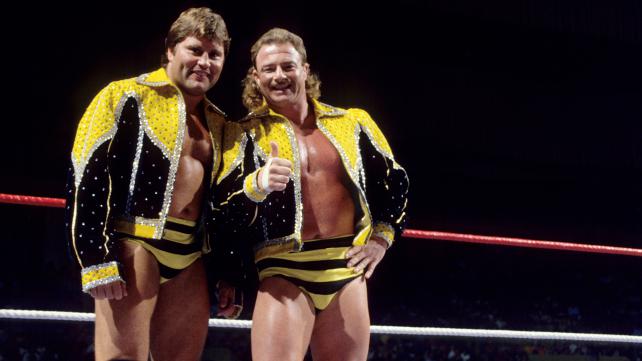 On Episode 28 of The Kevin Kelly Show, Kevin welcomes in for WWE superstar and current CEO of the Cauliflower Alley Club, Brian Blair. Brian talks about the upcoming Club event, Kelly Kelly, the final days of the Killer Bees, his time wresting in Florida, an amazing rib that he was the target of and much, much more!

Kevin & JR then discuss the road to Fast Lane, whether or not Daniel Bryan is going to main event WrestleMania, the future of NXT and Kevin Owens’ chance of becoming a top WWE star plus more. They also do some sports talk as well as the ever popular Trending Topics, including stories on getting fired over Twitter, Bruce Jenner and Legend of Zelda! Kevin then wraps up by starting to build his very own Pro Wrestling Hall of Fame!