Love is in the air in New York City! The planet’s richest bachelor, Bruce Wayne, is in town for a charity auction – and the highest bidder gets a date with Mr. Tall, Dark, and Brooding! Good thing Harley Quinn just came into some money (please, whatever you do, don’t ask how). But can Bruce really spend a night with Harley without her learning how he spends his nights?

Picked because: C’mon, you know the drill by now. These Harley Quinn specials have been loads of fun and are so easily accessible that anyone can just jump in and enjoy. Harley and Batman have had some classic team-up moments across various media. And a Bruce/Harley date sounds like a recipe for hilarity. For all those Harley and Bruce ‘shippers out there (you know who you are!), this will be your book this week. 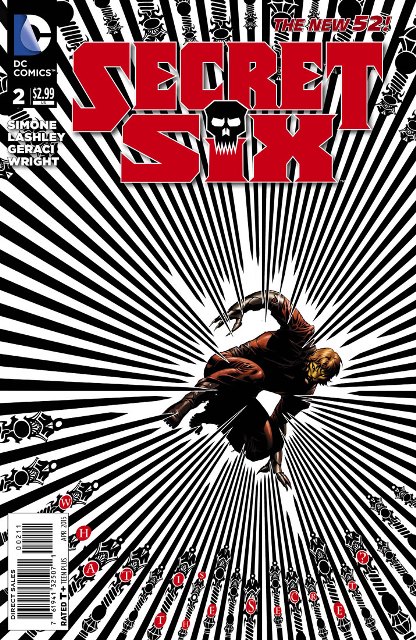 What is Catman’s strange secret – and how will it affect this new team? Find out in the second sensational issue of SECRET SIX!

Picked because: The first issue of Gail Simone’s rebooted Secret Six didn’t make quite the impact many had expected, but it was still a very interesting story setup that was clearly just the beginning of this new incarnation of the cult-classic team. Gail’s history with this type of storytelling is well-documented and will likely pay off big for those who stick around. The team is comprised of a few different characters than the pre-New 52 incarnation, but it’s no less quirky/tense. This issue should give us a lot more development of the team dynamic and how/why they were brought together. It’s still easy enough to jump into this story and if you like C- and D- list bad guys being forced to work together and put in odd, but fun, situations, you should give this a look. Lashley’s art style might be a little odd at first, but when put in the context of the team, it actually compliments Gail’s story quite well. If Suicide Squad is not your cup of tea right now, this might be a much better alternative. 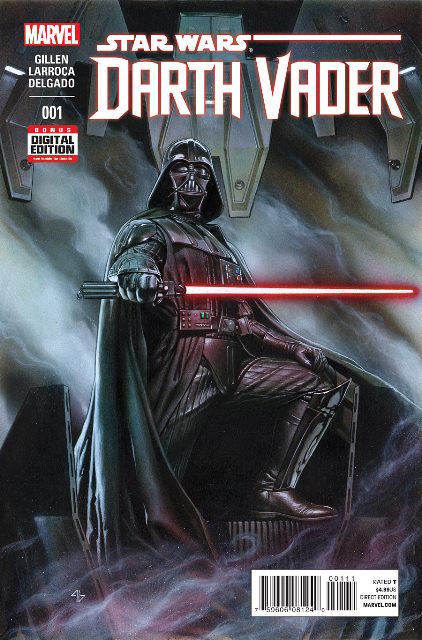 The original Dark Lord of the Sith stars in his first ongoing series!

Ever since Darth Vader made his first on-screen appearance, he became the one of the most popular villains to ever haunt an audience’s dreams! Now, follow Vader straight from the ending of A NEW HOPE (and the pages of the new STAR WARS comic book) into his own series, showing the Empire’s war with the Rebel Alliance from the other side! Writer Kieron Gillen (Uncanny X-Men, Journey Into Mystery, Iron Man) and artist Salvador Larroca (Invincible Iron Man, X-Men: No More Humans) bring us a peek behind the mask of evil!

Picked because: Say hello to the bad guy! Vader has had a couple of miniseries before this one, but those were at Dark Horse and didn’t tie into the main Star Wars story. This is official and legit. There’s plenty of room for new stories in between Episodes IV and V and Vader is a character with such a rich persona and background that it’ll be hard to make this uninteresting. Gillen has been tearing it up over at Image with his current hit series The Wicked and The Divine, so he knows a thing or two about writing complex characters with god-like abilities and personalities. And you know you can’t wait to see Vader confront Jabba the Hutt in a scene reminiscent of that fateful moment in Return of the Jedi when Luke does something quite similar. Like father like son? This could be really good! 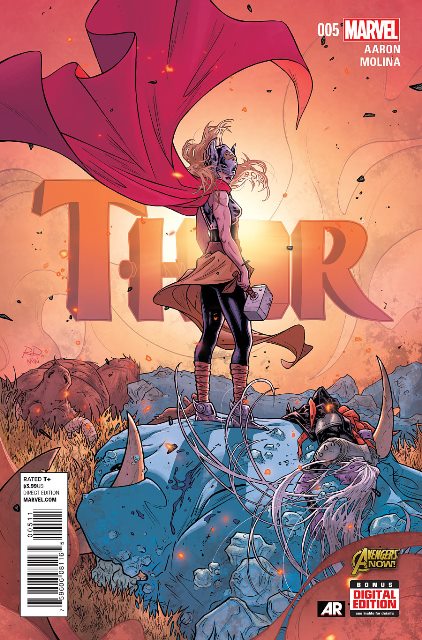 Picked because: Meta commentary incoming! First the Odinson was all mad about a lady wielding the hammer and now Odin is pissed. Hearing their arguments over it is a lot like reading the fanboy reactions when the new Thor was first announced. Fortunately, though, the Odinson came around very quickly and now calls her Thor and has relinquished the name for himself, opting to be called Odinson instead. We still don’t know who the new Thor is under the mask, but we ruled out Thor’s mother last issue, so keep those guesses coming. One thing that hasn’t changed in this title from the God of Thunder predecessor is the amount of fun in each issue. This part of the story is an easy pick-up since things with the previous story seemed to wrap up a bit and transition to something slightly newer. We’ll also get to see the new Thor in a bit of superhero action this issue, which will be her first time being presented to the world at large who are likely still unaware of the change. Jorge Molina steps in on art for this issue, likely to give Dauterman a chance to get started on the next arc, but the art is no-less beautiful and engaging. This is still Marvel’s most consistently entertaining and fun title. 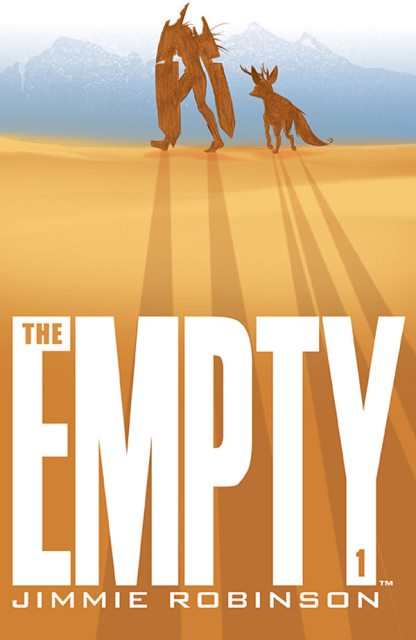 The Empty #1 –Written by Jimmie Robinson

Art and cover by Jimmie Robinson
$3.50

Tanoor lives in an empty apocalyptic world of poison and decay. Her village is all that remains of humanity as they struggle against mutant beasts and rotting bones.But Tanoor finds a chance to save her people when a stranger drifts into town. A stranger armed with the power to grow life from death. A stranger who could change the world—if Tanoor can keep them alive in the deadly world of The Empty.

Picked because: After the success of Saga, it’s clear there’s a strong market for sci-fi/fantasy stories in today’s comics. The Empty is from the acclaimed creator of Five Weapons and looks to continue the tradition of fantasy stories aimed at adults. This one, like Saga, will embrace the sci-fi element heavily to tell its story as much as it relies on fantasy to keep things interesting. If you’re a fan of that style of storytelling, give this one a shot tomorrow.