Well everyone, it’s time to talk about Syfy original movies. Love ’em or hate ’em, one thing we can all agree on is that they’re prolific as hell and we all know at least one person that likes them. If you’re reading this article, that one person is me. Yes, I admit it, I’m a big fan of Syfy’s unrelenting deluge of absurd melodrama (provided I have a friend to mock it with), and I will contest to the grave that Syfy’s shark movies are the best of the worst.

However, if you guys have learned anything about me by now, it’s that all roads eventually lead back to video games. As I sat in my living room this summer, watching sharks twirl through the sky and attack beach communities and bite two children in half only to leave their legs running around like beheaded chickens (yes, that happened in one of them), I couldn’t help consider how these antics would fit into some of my favorite video games. Since I apparently have way too much time on my hands, I now proudly present to you five game-movie alliances that are at least as absurd as the movies themselves.

Ahh, the combination that inspired this article in the first place.

This is a premise that doesn’t need much explanation. Sharknado is a movie about a tornado full of sharks, and Animal Crossing: New Leaf is a game whereupon you can get lots and lots of money for catching and selling sharks. I was literally laying in bed one night when I suddenly thought to myself, “Oh man, I could make so many bells if a sharknado would hit my town!”

I like to imagine some sort of super rare event, maybe only once a year, in which the stormy season happens to whip up a tornado over the ocean one day. If you happen to be playing at the time it hits your town, you could run inside a building (any will do) to be safe during the storm, and then after it passed, you could go outside and collect the sharks laying around town to sell at Re-Tail. If you didn’t seek shelter in time, it could be treated like a scorpion sting, and you’d just pass out and wake up in front of your house.

What makes this pairing even more wonderful is the movie’s finale. After jumping chainsaw-first into the mouth of a flying great white, the protagonist then cuts his way out of the shark’s abdomen in a triumphant return to dry land. This would normally seem utterly contrary to Animal Crossing‘s ideals, but when you consider the persona that’s been applied to the Super Smash Bros 4 villager…

Oh yeah, that kid could take on a sharknado.

One of the major plot points of the Ecco games is the fact that he travels through time. In the original game, Ecco is sent 55 million years into the past, whereupon he encounters all sorts of prehistoric aquatic creatures. The dinoshark is something you could slip right in amongst the other ancient sea monsters. No, it’s not historically correct in the slightest, but we’re talking about a game featuring time-traveling dolphin that fights aliens. I don’t think a dinoshark is that far out of the question.

It’d actually be a shark that Ecco might have a hard time fighting back against, too; dolphins really do beat the shit out of sharks in real life, and likewise they’re not all that difficult to take on in the game. The level Open Water failed especially hard in that regard, as it was meant to be a level consisting of Ecco taking on an ocean full of sharks, but it’s actually the easiest level in the game. All you have to do is swim to the right as fast as you can and stick to either the very top or the very bottom. The sharks are clueless, and the ones that do notice Ecco are obliterated in an instant.

Interestingly enough, sharks are still used on the map screen when Ecco gets to the past, but not to represent sharks; the symbols actually indicate dunkleosteus. Not that I think it’s necessarily a bad idea to have them, but if you’re going to use a shark icon, throw a dinoshark in there! It could make an interesting occasional opponent. Similar to Ecco’s intermittent tiffs with bitchslapping octopi and violently pregnant seahorses, I think duking it out with a dinoshark every now and again might make for a nice outlet of frustration when the player invariably gives themself an embolism trying to get through some of the puzzle sequences.

You know, I originally paired these two together because I figured a sharktopus attack made about as much sense as any other death in the game, especially when compared to the cow plant. However, I was highly amused to learn that not only had Sims 3 added shark attacks as a way to die, but it was added in the Island Paradise expansion pack. It just so happens that the movie Sharktopus also takes place on a beach resort.

That having been said, I don’t think a sharktopus attack should be limited to the water. The sharktopus itself proved in the movie that it can travel on land, and killing sims is half the fun of playing with them. I think a play session could be infinitely more interesting if there were a constant risk of a sharktopus randomly flopping by and chomping down on a sim or two.

Two of the major elements of Bioshock are the Big Daddies and Little Sisters — so much so that the second game revolves entirely around them. You can’t talk about one without mentioning the other, and as a pair they’re very, very dangerous. Add in the fact that Rapture is an underwater city, and the 2-headed shark begins to feel right at home!

I must admit, however, that I haven’t exactly brainstormed a way to work this shark in as a gameplay element. Instead I just imagine it wearing a Big Daddy helmet on one head and a Little Sister wig on the other.

The thing that makes this such a great fit is the fact that the ghost shark can come out of any water, anywhere, anytime. Hell, in the movie, a girl is devoured by the ghost shark via a bucket of water at a car wash. And what’s the main mechanic of Mario Sunshine? WATER~

This is a game that requires water to operate just about anything, with water surrounding (or making up a major part of) almost every environment. Even just the fact that Mario has a water cannon strapped to his back is enough to make it an interesting match with Ghost Shark. I can’t help but imagine what it’d be like if there was some sort of random encounter element where the ghost shark could pop up for a battle any time Mario used the F.L.U.D.D.; the franchise already has ghosts in it, so it wouldn’t even necessarily be out of character! The ghost shark (or “boo shark,” as it would probably be called) could be stylized to fit in with the setting, sprinkle in a little lore to give it the tiniest springboard of context, and BOOM! Nowhere on Delphino Island is safe.

Actually, forget the lore; there’s already a challenge on Sirena Beach where a giant stingray apparition invades the shore with no real explanation. Let’s just eject that thing and replace it with a boo shark. The hotel on that beach is infested with boos anyway, so a boo shark invasion wouldn’t be that much more of a stretch.

Oh, and one more thing…

I just wanted to give an honorable mention to this titan right here. (That, and I want credit for going this entire article without making a stupid pun.) 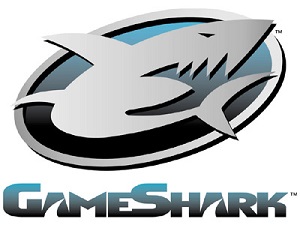 You Heard About Pluto? – Beavis and Butt-Head