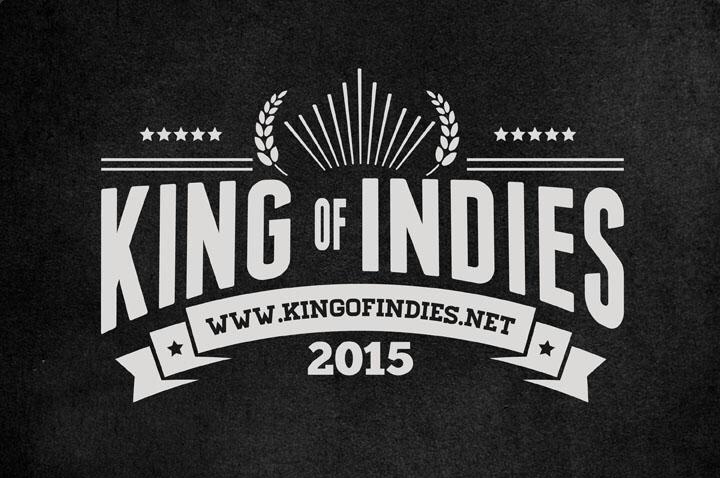 This is my first time seeing Horus, who is a masked luchador trained by Rey Mysterio Sr. Through google, I see that he previously worked as El Hijo del Rey Mysterio, although I believe there is no relation. Cholo is a California lucha-style wrestler who works on Lucha Underground. Cholo is built like Dick Togo and is flying around in-ring quite well as is Horus as they do some fun lucha exchanges early on. Cholo did a dropkick through the ropes to Horus on the floor. Horus got a rana inside and hit a tope con giro when Cholo went to the floor. Cholo hit a stiff corner seated dropkick to Horus in the corner. Cholo is on the top rope and Horus hits him with an enzuiguri. They trade chops and stand with Horus hitting a great standing rana from the top rope to get the win.

Cobb is really stocky and athletic technical wrestler who looks like the love-child of Taz and a young Scott Steiner. Luxury looks like the love-child of Hugh Morrus and Gary the Barn Owl. Cobb was apparently in the 2004 Olympics for Guam and he has a great suplex style, one of my favorite things in wrestling. He has also worked in Lucha Underground. Luxury is good as well with some technical work mixed with brawling but Cobb stands out as the sleeper hit of the weekend. During the match, Cobb uses an overhead belly-to-belly suplex and a deadlift German suplex and Luxury hits a nice German as well. Cobb hits his Tour Of The Islands finisher for the win, which is a type of spinning powerslam. Awesome stuff, with Cobb being visually impressive but really bringing it in the ring. Hope to see him in the finals.

Thornstowe is well-built, has tons of tattoos and is quite charismatic. He had a lot of flashy offense including a tope con giro, a big double stomp, a Death Valley Driver, and a standing shooting star press. Ricker wasn’t as flashy but it is interesting that he looks like Rob Conway and was similar in being really solid in working underneath and putting over Thornstowe. He worked a great pace and was really impressive, I suspect he’d be a great tag team wrestler as well.

Massaro is noted to have been at the first King Of Indies tournament in 2000 and in the more famous tournament in 2001 as well. Mariachi did a dive at Massaro and basically flew over him and landed on the floor. He immediately went back and did the dive again and they made contact. Mariachi did have some o.k. lucha flying but was sloppy and didn’t have great transitions. Massaro was definitely the better of the two and felt like a good nod to the past of the promotion while still being current.

I was hoping for a surprise entrant such as Yoshiaki Fujiawa, Great Kabuki, Drew Cary or maybe even Chiaki Kuriyama (credit: google). No such luck but at least we have Jinxx and Big Ugly. The early section was like most battle royals with too many guys andnot enough room to do anything. They did do a good job on commentary on giving information on the guys and especially on talking about the history of battle royals at The Cow Palace in San Francisco. There was also a lot of reference to the past tournaments and to Roland Alexander which was nice. The match came down to Legrande, who was in the original tournaments, and Kratos, who was huge and jacked and as such was my one pick to win besides Finau (since he’s Samoan).  Kratos did do a really impressive fall-away slam throwing Legrande over the top rope, thankfully with a lot of eliminated wrestlers there to catch him.

First Round: B-Boy vs. Brian Cage

With all the praise for Timothy Thatcher’s schedule for this weekend, it’s easy to forget that Cage has taken on a similar one. This match is probably the biggest of the night as far as the combined name value of both guys. Cage dominates B-Boy early tossing him around. B-Boy takes over with some mat work but Cage powers out. B-Boy hits a nice basement dropkick in the corner.  They battle on the apron and B-Boy hits a bid double-stomp to the head on the floor and then a double-stomp from the top rope in the ring. Cage hits a big sit-out Alabama Slam. B-Boy hits an enzuiguri. They trade back and forth and B-Boy hits a shining wizard. Cage hits a form of a Gory Special into a slam and gets the three-count for the win. This sets up Cage vs Cobb for tomorrow night.

A battle of two guys WWE has passed on in the past year, and two guys that I like. They trade shoulder-blocks and Willie hits a big leg lariat. Willie hits a Stinger Splash. Kristofferson fights back with an avalanche and a belly-to-belly suplex. Kristofferson hits a big clothesline and works over Willie in the corner and gives him a backbreaker. Willie does a cross-body but Kristofferson catches him and slams him. Willie fights back and does a high sunset flip and continues with more high-flying and then seems to hurt his knee. He hits a flying clothesline and continues to fly around but sell his knee. Willie hits a Samoan Drop and kips up and hits a standing moonsault. Kristofferson gets Willie up in a torture rack and drops him to the mat. Kristofferson charges Willie who hits a roundhouse kick. Willie goes up top and hits a corkscrew splash and gets the pinfall victory with no time limit draw.

First Round: Jeckles vs. Luster the Legend

Luster is impressive as he is a big guy and hits a rana and then a tope. He keeps control until Jeckles takes over with a flying headscissors. Jeckles hits a senton and does a second rope moonsault but Luster gets his knees up. Luster hits Jeckles with strikes in the corner. Luster hits a Samoan Drop and then hits a top rope elbow drop. Luster hits a dropkick in the corner and then hits a suplex but Luster fights back with a German suplex. Jeckles hits a strike to the chin and then gets the second rope moonsault.  He goes to the top rope again but Luster pushes him and crotches him on the top turnbuckle. Luster hits his version of a Razor’s Edge and applies a Texas Cloverleaf but Jeckles gets the rope break. Jeckles knocks Luster to the floor and hits a tope suicida. Luster hits a combination Cobra Clutch/Russian Leg-Sweep and holds Jeckles and applies the Cobra Clutch stretch. The referee stops the match and Luster gets the win. Luster is apparently one half of The Reno Scum with Adam Thornstowe and will face his partner tomorrow.

Drake gets big points for an awesome robe, he seems to have a Jackie Pallo vibe. Thatcher works over Drake with holds early on but Drake hangs in there and gets a key-lock. Drake goes outside and Thatcher tries to take him back in but Drake grabs his leg and works it over. Drake goes for a chop outside but Thatcher moves and Drake’s hand hits the ring-post.  Drake cuts off Thatcher on his way into the ring and works over the leg in the ropes.  Drake applies a modified figure four but Thatcher gets out and works the arm. Drake applies an Indian Deathlock. Drake lifts Thatcher in a suplex and drops him into a backbreaker. Thatcher hits some sweet uppercuts and Drake replies in kind. Thatcher knocks him down with a headbutt to the face. Drake fights back and applies a single-leg Boston Crab. Drake places Thatcher on the top rope and Thatcher tries to fight him off but Drake drops him across the top turnbuckle with a backbreaker. Drake applies his Beta-Breaker Sharpshooter but Thatcher gets the ropes. Drake goes for a dragon-screw legwhip but Thatcher blocks it and falls back into a cross armbreaker in a great finish. Drake was very, very impressive here and would do well in the Thatcher/Busick/Gulak circuit.

Luster the Legend vs Adam Thornstowe

Ricochet and Cross end up on the floor and Ryan hits a dive. Cross gets Ryan to the mat insdie and hits a standing moonsault. Cross hits a tilt-a-whirl headscissors on Ricochet and then hits Muta elbow in the corner on Ricochet and one on Ryan. Ricochet and Cross face off alone inside the ring but Ryan eventually trips up Ricochet and then enters the ring and stomps down both opponents. Cross and Ricochet double-team Ryan and throw him outside and turn on each other. Ricochet hits a big dive and then wrestles with Cross inside until Cross hits a dive on Ryan. Ricochet hits a sit-out whirly-bird slam. Ricoceht hits a German suplex on Ryan and Cross comes in with a shooting star press for a pin attempt that Ryan cuts off. Ryan hits Cross with a spinebuster. Ricochet hits a spinning kick on Ryan but then gets taken down by kicks and a flying headbutt from Cross. Ryan takes over on Ricochet but takes a roundhouse kick and takes a version of a Michinoku Driver for the pinfall and the win. This match was ok but would have been better as a singles match with Ricochet vs Cross. I mean no offense to Ryan as they were hyping that Ricochet and Cross wanted a match with each other and had only ever faced each other in one tag match.

This was a really fun show. Cobb, Mack and Thatcher were major stand-outs and I enjoyed Cage, Luster and Horus as well. Most of these guys weren’t known coming into the show but they did a great job of putting together a line-up of guys who could impress out of the gate.