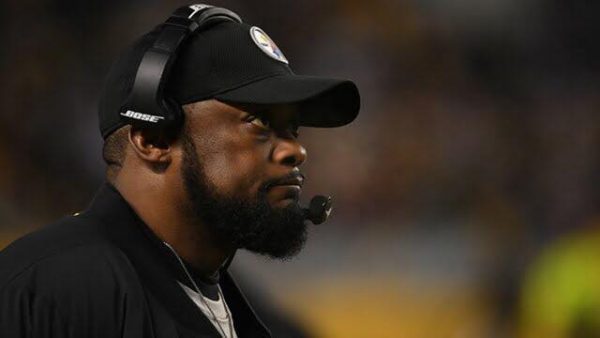 They need to stop going down to the Salvation Army to get their wide receivers. They need to get some real-deal wide receivers.” – Former NFL receiver Steve Smith, on NFL Network’s pre-game show Sunday, on the New England Patriots.

No holidays off here at PTBN Sports 2.0 as we drive onward towards Atlanta. Let’s take a glance at the rear view mirror for a look back at two momentous games in the penultimate week of the regular season and then look to the road ahead at how the final week shapes up.

The Chargers and Ravens delivered a Lynard Skynard Saturday Night Special in which the Ravens prevailed. A tense matchup that was punctuated by the larcenous Ravens defense. Antonio Gates’ knee was a hairline above the ground when the ball got punched out enabling the Ravens to emerge victorious. The Chargers couldn’t complete their trifecta of last minute victories over AFC contenders. The NFL marketing department breathes a sigh of relief as they won’t have to promote an AFC Championship game in an anonymous half stadium hosted by a team a majority of people still refer to as “San Diego”

The Steelers opened the AFC North door for the Ravens as they came up short in New Orleans. They needed to play a clean, perfect game and did so for three quarters but two fumbles and a failed fake punt gave the Saints the top seed in the NFC. The razor thin green line of success in the NFL is on display here. The Saints are the odds on favorites to grab their 2nd Lombardi trophy while the Steelers need the Browns to copy what the Bengals did last year to the Ravens in Week 17. Those losses to the Broncos and Raiders will haunt Steeler fans all offseason.

Last year we were robbed of the glorious final Sunday night desperation game because it fell on New Year’s Eve. This year we get a perfect Colts/Titans play-in game for the last AFC playoff spot in Tennessee. Two first year leaders look to join Matt Nagy as rookie playoff coaches. Frank Reich’s Colts hope that Andrew Luck makes it 11-0 against Tennessee in his career. The Titans will look to ride Derrick Henry but might not be able to overcome the loss of their defensive captain, DT Jurrell Casey. Mike Vrabel has a stout defense and home field advantage. The Colts have shut down Ezekiel Elliot and Saquon Barkley in consecutive weeks. Look for Luck’s mastery over the Titans to continue in a 23-20 thriller.