Disney celebrated Leap Day by doing what any red-blooded American company would do: raising prices! More specifically, the change went into effect over the weekend. 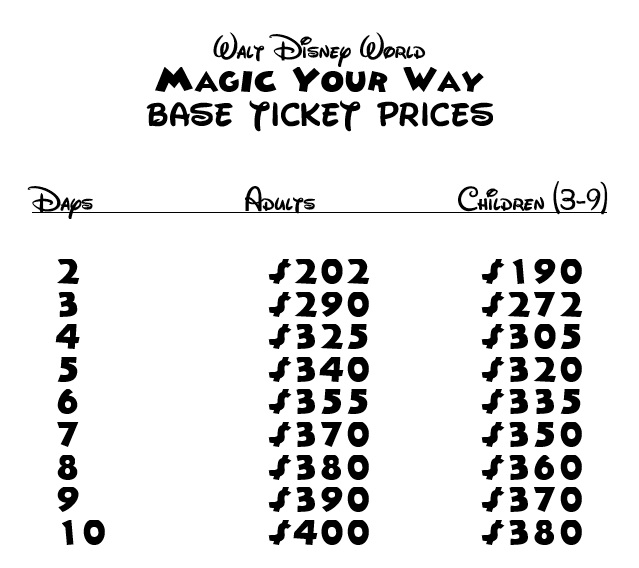 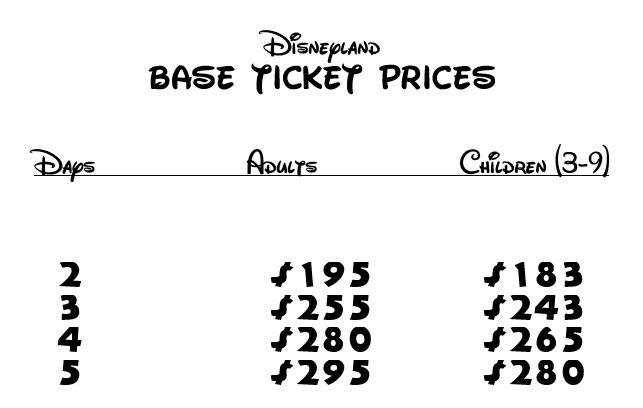 Adding a “park hopper” option (allowing you to enter more than one park per day) to your Walt Disney World ticket will now cost an additional $55 for a two or three day ticket, and $69 for four through ten days. Adding the “water park fun & more” option (allowing for admission to Typhoon Lagoon and Blizzard Beach water park as well as other allegedly “fun” things like the Wide World of Sports complex) costs an additional $64 across all ticket lengths. Bundling the two options together costs $95 across all lengths. Adding “park hopping” privileges to your Disneyland pass costs an additional $40.

The other major change Disney announced in their ticket pricing structure is the introduction of peak, regular, and value seasons for one day, one park admissions. This will likely have no effect on the vast majority of people reading this but it is still important to note, both for the few of you who are considering a one-day trip and because it is entirely possible that a year or two down the road, this type of pricing will be rolled out for all lengths of tickets.

It is important to note that if you already have a ticket purchased before the new prices and tiers, you can use it. In fact, any theme park ticket purchased for Walt Disney World before this weekend is valid whenever you choose to use it, regardless of this or future price increases. HOWEVER, beginning with these new tiered one-day tickets, you will need to pay the difference in price between what you paid and whatever the new rate is if you choose not to use your ticket until after December 31, 2017.

Prices also went up for annual passes, one day water park admissions, and most other tickets throughout Walt Disney World. Check DisneyWorld.com to purchase your tickets or for a price quote.

On the fence about heading to Walt Disney World in 2016? Check out my post here on the Place to Be to find out what new attractions these ticket price increases are going to pay for. Also check out my posts at Touring Plans and WDWorld Traveler.