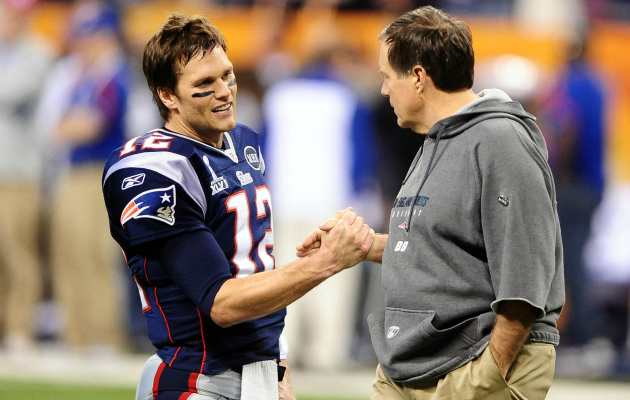 Tom Brady and Peyton Manning played their 13th game at Foxboro and history repeated itself. Once again, Tom Brady and the New England Patriots were victorious over Peyton Manning’s team. Regardless of being one of the most dominant QBs ever, there is no denying that Manning has struggled in Foxboro. He is now a frightening 2-11 there. While the Patriots have earned some impressive wins over Manning, this may have been the most complete one of them all. Tom Brady did not just outplay Manning; the New England Patriots outplayed and outcoached Denver Broncos. In fact, they beat them in every single facet of the game by a wide margin.

Heading into this game, the Patriots were an unfamiliar situation. They were three-point underdogs and many of the experts picked against them. Obviously, people underrated the Patriots perfect home record (12-0 counting last year) and Manning’s 2-10 record in New England, in favor of the near impeccable looking Broncos team (and their extra days of rest). Although picking the Broncos to win was understandable, the Patriots verified that no one should disregard how exceptional they perform as an underdog.

The Patriots played as perfect as a team could play against the Broncos and now are 7-2 heading into their bye. Four weeks ago, people would have called this all a pipe dream. And rightfully so. After all, the Dolphins outplayed the Patriots in their opener, the Raiders nearly beat the Pats on the road and the Chiefs turned them into a laughing stock..

This is what Steve Young actually said after the Chiefs manhandled the Patriots 41-14:

“The biggest story it seems is how the Patriots have left Tom Brady naked. How is it possible with all these draft picks, and all this ‘guru’ stuff we hear coming out of the personnel expertise of the Patriots and how great they’ve been for so long, how have they been able to not support Tom Brady in his career in the last five years — especially this year — with enough personnel to go attack a Super Bowl? Tom either gets no help at the line of scrimmage, or no help down the field. You saw the tape. Nobody is open! In the end, if anyone wants to go after Tom Brady come through me, because I guarantee you this guy is still capable of taking anyone that’s really any good to the Super Bowl. Go back to Logan Mankins. Think about what that says. You’ve got a young roster, you let go of your best lineman, you know your lineman are going to be in-and-out, you don’t have a deep threat, and all your speed is young players who haven’t played. They’ve asked Tom to do this for the last four or five years and he’s done spectacularly. He’s done the most with less than anyone in the league, and this year it’s finally too much.”

But Bill Belichick and Co. were not ready to waive the white flag just quite yet.

Ever since the beating, the Patriots offense has played nearly flawless football. The offensive line has protected Brady, the WRs have gotten open and Brady has been finding a way to put the ball in their hands. The Patriots are averaging 32 points per game and outscored their opponents by a sum of 93 points since that loss. Oh, and most of all, they are a perfect 5-0.

That is the million-dollar question. What did happen? What changed a mediocre football team into a great football team practically overnight? While there is no real answer, there are two major things to consider.

One is health. The Patriots had a few key players who were coming off-season ending injuries. Namely, Rob Gronkowski – who looked more like Ben Watson rather than his former self. He now does not look 100 percent; he looks about 120 percent healthy – as he has become nightmare matchup for any defense and is evolving into an impossible player to game plan against.

The other is adjustments. Most of us comprehend the basics of offensive and defensive systems, although we could not even begin to describe how complex the Patriots’ system truly is. However, there have been credible people who have said that it is one perplexing system to understand. It takes some players longer than others to learn it, and some players cannot learn the system at all. Thus, the new players – who are now playing great – struggling at first makes sense.

Whatever it may have been, the past is the past – the present is the present. And, as of right now, the Patriots are looking like one of those complete early 2000 Patriot teams. 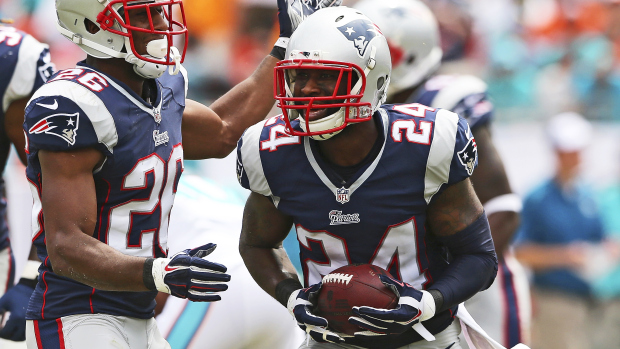 The biggest difference from this squad and the 2010-2013 teams has been the defense. Over those previous years, Belichick overcame their lack of talent with his schemes and game planning, but the better offenses exposed their lackluster talent quite often. Their bend-but-don’t-break philosophy led them to giving up a ton of passing yards and making QBs look better than what they were. But because Belichick finally realized he could not draft top-tier cornerbacks, he decided to acquire two shutdown cornerbacks: Darrell Revis and Brandon Browner.

Even though Revis is not in his prime, he has done a very good job at shutting down the opposing team’s number one threat. And even though Browner is sometimes too physical, physicality is exactly what the Patriots’ secondary needed. The once-worst secondary is now one of the best in the entire league.

Furthermore, the secondary has made the other players on the defense better. Because the Patriots were so concerned about being beat deep, they only rushed four on most plays. But because they now trust their secondary, they can send more people after the quarterback. As a result, the Patriots can force QBs to hurry and rush their throws.

Yet, of all the impressive things the defense did versus the best offense in football, the most impressive stat of them all was their ability to get off the field. The Broncos went 3-11 on 3rd down and 0-4 on 4th down. That is a great sign moving forward because it’s essential for defenses to find a way to get off the field, especially in the playoffs.

And on the other side of the ball, the Patriots offense, yet again, has proven that they have enough talent to win a Super Bowl. Rob Gronkowski has been almost unstoppable. Brandon Lafell has become their most versatile WR since Randy Moss. Julian Edelman has become one of the best slot WRs in the league. The offensive line has been given Brady time. And Brady has been, well, just remarkable. When you add all these pieces together, it equals what their offense exactly is: one of the most dynamic ones in the league.

The Patriots have a hard road to deal with. They will face the Colts, Packers, Lions and Chargers in the upcoming weeks, as they try to obtain the very important number one AFC playoff seed while trying to stay healthy as possible. No team in the NFL has ever won a championship in November, and they probably know this more than anyone does. But, at this moment, the Patriots are the best team in football.