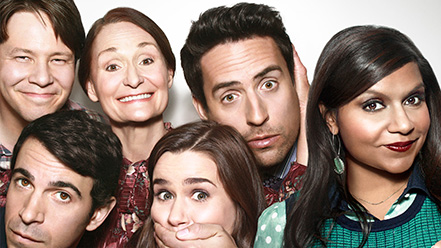 It was really only a matter of time before Mindy Kaling got her own show. Although I missed her on the last season of The Office, she was really meant to star in her own show. The Mindy Project is such a perfect fit for Kaling.

As a 30 something year old single OB-GYN in New York, Kaling manages to make her character Dr. Mindy Lahiri seem completely and totally relatable. Although her adventures are slightly exaggerated for the humor factor, her experiences seem like they could most definitely happen to any one of us. Mid-way through last season they cleaned house and made some casting changes and they were all for the better. Kaling’s supporting cast is great; Chris Messina as Danny, Ed Weeks as Dr. Reed, and the fantastic Ike Barinholtz as nurse Morgan.

Last season, we saw Mindy have quite a few adventures. From dating a drug addicted sports lawyer, to battling the Deslaurier brothers upstairs, to dating a pastor named Casey, there hasn’t been a dull moment in Mindy’s love life all season. I spent the whole season wishing she would just get over all of the other guys and get together with Danny already. I do realize this wouldn’t make for great TV, so I’ll give it a pass until the end of season 2. 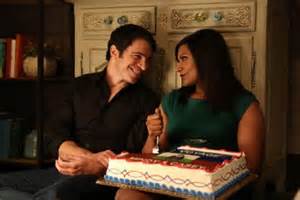 When we last saw Dr. Lahiri, she was going on a test camping trip to determine whether or not she should go to Haiti for a year with Pastor Casey (Workaholics’ Anders Holm). Sounds like a great idea in theory, but based on the reactions of the rest of the cast, I think it’s safe to say Mindy won’t last very long out there. We learned that Casey is pretty much all elbows and penis, and that Mindy really, really doesn’t want to go to Haiti. She doesn’t tell anyone though, and ends up freaking out about it at the going away party that Danny and his ex-wife Christina throw for them. Danny and Christina are giving it another try, but a talk with Mindy manages to convince Danny to slow it down. 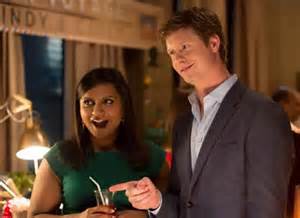 After that talk with Danny and delivering a set of triplets, Mindy has an epiphany and gets a pixie cut and decides to go to Haiti with Casey. After telling Casey she’s pregnant just to get him to talk to her, they make up and Mindy heads back to the practice and has another talk with Danny…and for the umpteenth time they don’t kiss. 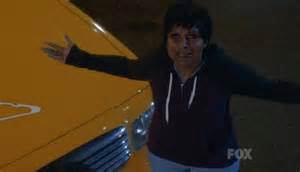 Mindy makes it to Haiti, but will be heading home earlier than planned. And there will be a new Dr. L in the office much to Ed Weeks’ chagrin.

With Mindy away from the practice for so long, Danny is starting to realize he has feelings for her and is distancing himself from Christina. The premiere is supposed to cover a lot of ground, so we should see what sort of affect Danny’s feelings for Mindy have on her relationship with Casey. I really want to see Anders Holm stick around for a few episodes, as he is a great fit on this show and with the cast, but deep down I want her and Danny to get together.

With each passing episode last season, the show somehow managed to get better and better so I have high hopes for season 2. Last season there were some great guest stars (Bill Hader, Seth Rogan, Ed Helms and B.J. Novak to name a few). I follow Mindy Kaling on Instagram and Twitter and based on what I’ve seen there, there are some great guest stars ahead. So far this season we will see James Franco, Glenn Howerton from It’s Always Sunny, and Adam Pally from the now defunct Happy Endings are set to guest star.

What else will the new season of The Mindy Project have in store? Tune in on Tuesdays on Fox at 9:30 PM EST to find out!