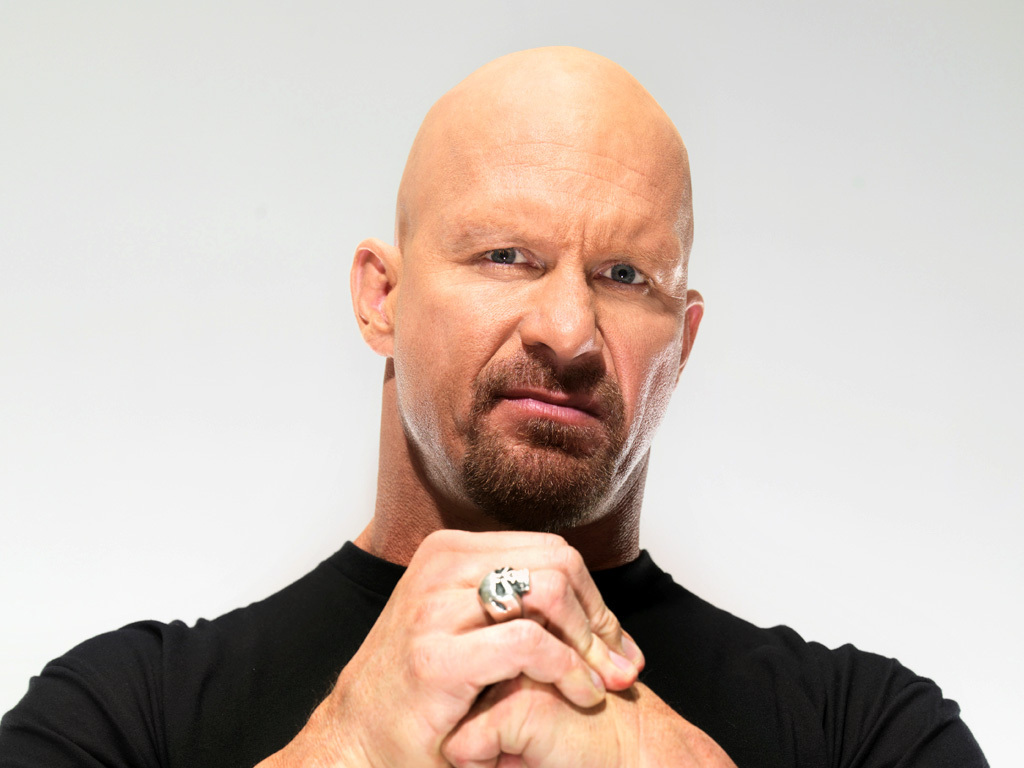 Is it already that time? When stagnancy sets in during the fall months, doe-eyed wrestling fans look to prognosticate, focusing on the road to Wrestlemania. This year is no exception, as even we here at the High Spot are guilty of it. Much to Steve’s dismay, the discussion quickly turns towards returning legends. The constant Undertaker vs. Sting rumors, started after Vince McMahon bought WCW in 2001, have lasted for so many years that it’s now long past the point of satire.

Now that Undertaker lost to Brock Lesnar at Wrestlemania XXX, fans need a new name to grab on to, and over the last couple weeks, we’re hearing rumors of a Steve Austin comeback at Wrestlemania 31. Much of this talk reeks of wild speculation, including talk that the WWE has ordered merchandise for Austin and recent advertising of his podcast on television (though we would suggest that has more to do with Michael Cole and JBL’s upcoming announcements regarding radio and podcasting). Wrestlezone noted Wrestling Observer’s reports that Austin is “training very hard lately,” but it’s no secret that he’s continued to stay physically fit since retiring in 2003.

This isn’t the first time Austin’s name has been bandied about for an active Wrestlemania spot. During 2011, Austin and CM Punk engaged in a war of words on the Twitter machine, leading some to speculate that the two would battle at Wrestlemania 29. Austin’s beer-guzzling character would seem to be a perfect contrast to CM Punk’s notorious straight-edge persona.

Perhaps the High Spot seems too negative regarding a potential Austin return, but it’s important to look at the reality of the situation. Austin will be 50 years old at the time of Wrestlemania, and, at that point, he would be inactive for twelve years. Remember how much ring rust affected the Rock’s returns, and keep in mind Johnson’s younger age and physical shape. There would be no time for Austin to enter the ring in front of live crowds for tune-up matches, as it would ruin the special attraction of the bout itself. While the thought of an Austin return gets our sense of nostalgia burning brightly, do we really want to see the end game – an actual match? And if he did return, who would he face? Outside of a returning Punk, which looks highly unlikely at this point, there doesn’t seem to be much of a spot for him, unless he’s able to put over a younger superstar. What are your thoughts? The High Spot wants to know your opinion regarding whether you’d be interested in a Austin return and, if so, who you’d like to see him face.