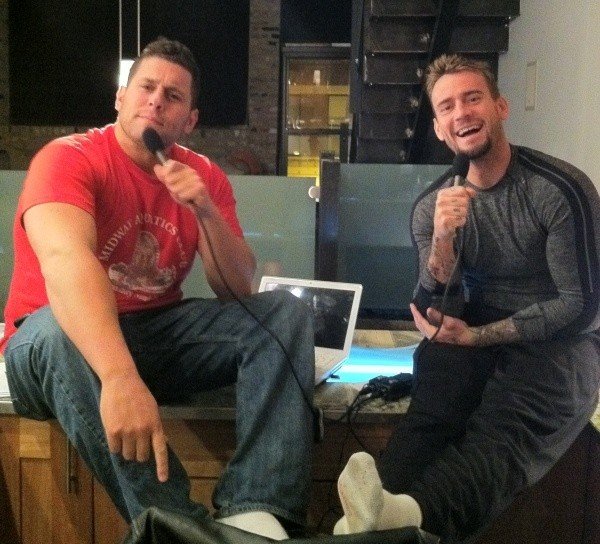 You’d think that it would be a struggle to come up with stories regarding wrestling the week after Thanksgiving. But like the 1980’s, where Thanksgiving wrestling was the tradition, the past seven days were the most notable in months. Strangely, most of the news stemmed from out-of-the-ring interviews. But a string of notable upcoming cards look to jump start the next few months of wrestling action, as we begin what looks to be the most diverse, newsworthy period of in-ring action in quite some time.

By now, Colt Cabana’s The Art of Wrestling podcast featuring CM Punk has been widely analyzed, generally by people either very much on the side of Punk, or fans in lock step with the WWE. A more nuanced approach shows a very complex issue. What fascinates me about Punk as an individual performer is his confidence, stubbornness and the unique ability to elicit a strong reaction from most fans. From a psychological standpoint, I was really moved by the intense emotions he must have felt during these last two to three years. It’s clear from the interview that Punk is becoming aware of how his passion and straight-forwardness negatively affected his employment with the WWE. Still, so many complaints that fans and former employees had with the company were confirmed, regarding lax medical care, lack of long-term planning and multiple failures from a corporate standpoint. As a fan of CM Punk, I’m incredibly happy he left the company and is on the path to physical and emotional health. The WWE definitely had the right to protect its corporate interests, but I hope that Punk’s outing of some of the company’s flaws leads to some positive changes in the near future, as it’s really best for the future of the business.

On Monday, the WWE Network continued its recent sequence of original programming after Raw, with perhaps its most surprising offering yet. As often requested on podcasts across the PTB network, the WWE hosted a live Steve Austin podcast with Vince McMahon as the guest. While McMahon did his best to dodge some questions, Austin needs to be credited with peppering the chairman with tough questions, staring him down at times to get a sound answer (“Millenials?!?” was one of my favorite retorts back to McMahon). Though not much new information came out of the show, as McMahon did his best to give investor-friendly answers, it was incredibly rare to see someone publicly question McMahon on roster and booking decisions. And, if nothing else, having the video version of the podcast provided for an interesting lesson in the relationship between two of the biggest alpha males in the history of professional wrestling. Watching the body language of both Austin and McMahon, you can tell that McMahon respected Austin, yet was nervous about the experience, an anomaly considering McMahon’s historically brash personality.