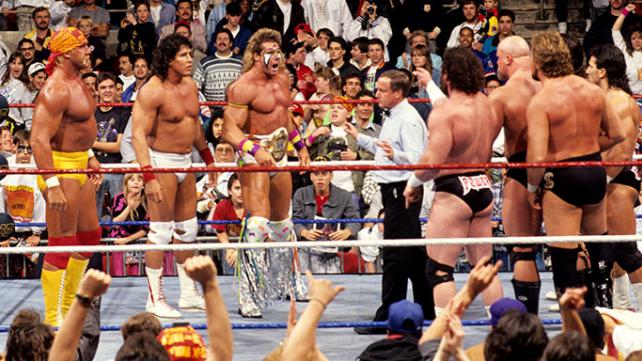 Happy Turkey Day wrestling fans! Cowboy here with this special edition of Cowboy Goes To Class. With everyone in the Thanksgiving spirit, the Professor and I felt that serving up a heaping portion of Survivor Series 1990 would be a great way to bring in the holiday. This one has all my old favorites: Hulk Hogan, Ultimate Warrior, and the debuting Undertaker. Expectations were high coming into this show.  Full disclosure, I do remember watching this one as a youth but my only recollection was the debut of Taker. Let’s break it down…Cowboy style!

So… this card was not exactly the best set of matches I’d ever seen. Picking match of the night was difficult and I decided to go with this one based solely on the “Mystery Partner” for The Million Dollar Team. As we all know, that mystery man was none other than The Undertaker. Taker making his debut in WWF was far and away the highlight of the card. Walked to the ring by Brother Love (I had forgotten this ridiculous fact), it was clear right away that this was no ordinary debuting wrestler. Taker started the match off for The Million Dollar Team and quickly wiped the floor with The Dream Team. The highlight, for me, was the Tombstone performed on poor Koko B. Ware. A star was born in this match. Other than that, the match was pretty average. Taker took a count out and DiBiase emerges as the sole survivor by pinning Bret Hart. No issues with the finish, but certainly not your standard Match of the Night caliber affair. This selection should be a preview for how I felt about the rest of the card.

Performance of the Night: Ultimate Warrior

I’m sure this choice will be met with jeers from the technical wrestling aficionados, but I love the Warrior. This card took place while Warrior was champion and basically sharing top billing with the Hulkster. Warrior started the night off by making it out of his Survivor Series match as the sole survivor. It came down to he and another one of my favorites; Mr. Perfect. Perfect was no match for the Warrior in this case as he used his arsenal of pure aggression and shoulder blocks to put away the Perfect One. Warrior closed things out by getting the pin on Hercules to win the Grand Finale Match of Survival. Of course, Hogan also survived and glory hogged a bit by performing the three count along with the ref. At this point in time, Warrior was just as big as Hulk and a lot more fun to watch. Where Hulk appeared to be aging and going through the motions, Warrior always brought huge energy and enthusiasm to all his matches. This Survivor Series was no exception.

I really had to stretch for this one…I’ve always liked Tito and felt he was a bit undersold at times during his career in the WWF. When I saw his match on paper, I assumed he would be cannon fodder for the despicable Sgt. Slaughter and his gang of goons. I was pleasantly surprised when Slaughter was disqualified, leaving Tito as the lone survivor. Even more surprising, Tito recorded the first pin of the grand finale by taking out the Warlord.  Alas, he was almost immediately pinned by The Million Dollar Man after his moment of glory. So it goes for Tito Santana. This was a strong showing for him and was appreciated by the Cowboy.

Lots of competition for this award! After careful deliberation, and a number of worthy candidates, I settled on the work put in by Demolition and The Road Warriors. Both were great tag teams and I was pumped to see them squaring off as parts of The Warriors and The Perfect Team respectively. This match as a whole could have been so much better and the lack of involvement from these two teams is why. When they were fighting each other it was awesome. Unfortunately, they were the victim of an early double count out. This robbed the fans of seeing some of the most entertaining wrestlers on the card in action. Weak. I assume these two teams were feuding at the time and this set up a future match but I still think it stinks. 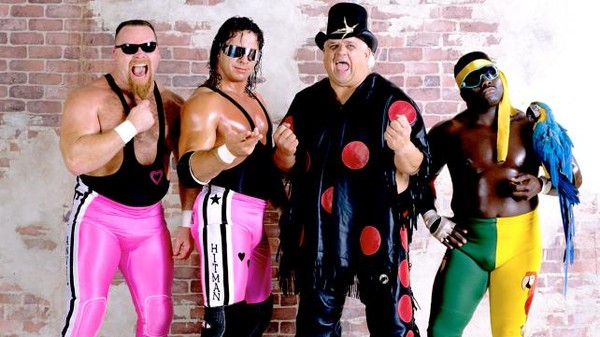 Roddy Piper: I was surprised when I saw Piper at the announce table as opposed to Jesse Ventura. I love Jesse’s stuff and feel that Piper can be pretty hit or miss. Well, on this card Piper was excellent. Given the weak action in the ring, his comic relief and enthusiasm saved the show for me at certain points.  Well done Hot Rod!

Hulk Hogan: The most glaring thing that has changed for me as a wrestling fan since starting to write these columns is how I feel about the Hulkster. I loved him as a youth and pretty much can’t stand him now. As with all instances where he is not on top or has to share the spotlight, Hogan comes off as a glory hogging jerk off who refuses to share the spotlight. You can tell it KILLED him that Warrior got the final pin and he had to interject in the stupidest way possible. Warrior was ready to take the torch at this point and Hogan refused to give it up. In the process, he held the whole industry back.

The Matches: Specifically, having all the matches as Survivor Series style affairs. The newer model of one or two of these matches coupled with a number of standard matches works much better for me.

All in all this was a subpar show which was saved almost exclusively by the debut of The Undertaker.  I’ll admit though, it was fun to watch and I did find myself cheering out loud a couple of times.  Happy Thanksgiving everyone!  Cowboy out!!