With The History of the WWE DVD coming out, I thought we’d hit a cool 88mph and venture back to the beginnings of my wrestling fandom.

Most people know the age or so when they became a wrestling fan, but I know the exact day. It was the Monday following Mother’s Day, 1995. I was flipping through the channels when I came across some big looking guy with stringy hair, cussing & beating the hell out of some guy dressed like royalty. It was the coolest thing I’d ever seen. Turns out it was Monday Night Raw, and the two men in question were Bret Hart & Jerry Lawler. The night before was the inaugural In Your House where Lawler had cheated to defeat Bret Hart, after years of flipping him shit.

From that point on, it was go time. I watched every piece of WWE TV that I could. I was flying off the sofa dropping elbows on couch pillows when my parents were out of the house, practicing the Sharpshooter on my little brother, having my Mortal Kombat figures do piledrivers & clotheslines as opposed to the martial arts moves they were executing a mere month before. It was all wrestling, all the time.

As a kid, you really aren’t concerned with match quality. At least I wasn’t. I just wanted to see my favorites fight. For months, my parents wouldn’t buy me the PPVs, so I used to watch them scrambled. I remember one August day, I was out playing with my friends when I realized that SummerSlam had been on for 2 hours already! What if I missed Bret vs Yankem?! Or Diesel vs Mable?! Thankfully I caught those, and the ladder match, which featured my boy, Razor Ramon. I was extremely pissed the next night on Raw when they didn’t tell me the results of the rest of the PPV. I’d missed matches like Barry Horowitz vs Skip, Undertaker vs Kama, and I NEEDED to know who won. Bastards.

Finally, the day had come. Survivor Series 1995. My parents were going to order me my first PPV. I was so excited the night before I could barely sleep. I had it all planned out in my head. I was going to unfold my sleeping bag, have my parents order me my favorite pizza, get some chips, play with my action figures beforehand, and also get in some RAW & Royal Rumble on the SNES beforehand. I couldn’t believe it when the picture came in. There it was! LIVE PPV WRESTLING! I wasn’t being forced to watch it in ScrambleVision! Here it was, clear as day. I was going to know exactly what happened, and see it, just like everyone else. It was so much fun. I still remember after Bret rolled up Diesel for the 3 count, Big D sat up and said “Goddamn motherfucker!”, and you could read his lips plain as day. I thought that was pretty risqué at the age of 11. The next day at school, I was a rock star.

Speaking of rockstar, I use wear the fake-gold razor necklace to school, because as I’d mentioned before, Razor Ramon was my boy. He was such a bad-ass, with the coolest finishing move in history. I remember leaping around the house in ecstatic glee when he won the IC title for the fourth time from Dean Douglas, and feeling like I was punched in the gut when he lost it to Goldust. I was a boss player in my Razor necklace, and EVERYBODY knew it.

Around this time there was someone who was competing for my top spot: Big Daddy Cool. He was a bad-ass with a cool finishing move too. Plus, this was during his heel run, and I thought it was pretty cool how he took no shit. So there I was, with Razor & Diesel adorning my school binder. The two coolest guys on the planet.

On the flip side of the Razor & Diesel coin was WCW. I hated WCW. No. No I didn’t hate WCW, I LOATHED WCW. Compared to the WWE they were a joke. They had old, pathetic wrestlers who didn’t do powerbombs & Razor’s Edges. They hit each other with women’s shoes and moved about the ring at the speed of crapMPH. I would get so mad when other wrestling fans would talk about WCW, because that’s where loathsome creatures went. The worst of the worst wrestled there, and no one worth their craft would be caught dea—-what? WHAT?

What my friend just said couldn’t be true, could it? He heard it on the RossLine. I gotta check. He’s LYING. He has to be.

I called the RossLine and sure enough, my worst fears had come true. Razor & Diesel were selling the fuck out and moving to WCW. I was absolutely heart-broken. I’m serous, my feelings were literally hurt. I remember tearing down a few pictures of Razor & Big D that I had on my wall in anger. My eyes even welled up. How could they do this to me? They’d be wasted there. Now I hated WCW even more for taking my boys. I wanted that company destroyed. Nothing was ever going to be as good as my boys Razor & Diesel, I was never going to see them again.

Wait…woah…wait…WAITAFUCKINGMINUTE! THEY’RE THERE TO BURN WCW TO THE GROUND!? 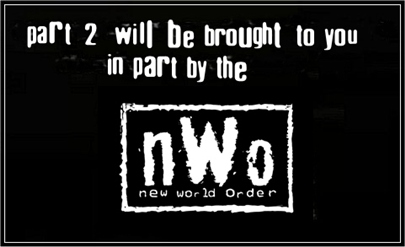 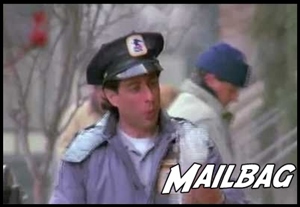 Place to Be Podcast listener, Michael Vincent, asks what my favorite Coliseum Home Video release is.

By the time I became a fan in 1995, they weren’t doing too many of those unfortunately. Around where I grew up there was a video store called Crazy Mike’s, and he was the only place that had wrestling tapes. Not just a few, either. He had them ALL. I could have easily spent hours and hours just pouring over all the huge boxes and checking out the match-listings. Something that kids today will never get to experience, and that sucks for them. I mean, how freaking cool was the cover to WrestleMania 6? Once I become a fan, the home video releases would have video game tips at the end of the tape. Either Todd or Dok, would take you through certain games and teach you special moves. There was one time they were doing one for WrestleMania: The Arcade Game, and the wrestlers were giving you the moves in character. It was weird as hell having The Undertaker tell me how to execute his special move.

My favorite was actually a comp tape that was The Best of WrestleMania that was made after part 8. It had Steamboat vs Savage, Hogan vs Macho, Hogan vs Warrior, and I think a tag-match or two. I was never big on tag-wrestling as a kid, and all I ever watched was Hogan vs Warrior. I was a massive Warrior mark, and loved that WrestleMania match. Still do.

See you guys next week where I get too sweet, and also battle Brad Hindsight on top of the Place To Be Nation building in monster trucks!