This article contains TV and Movie spoilers, so reader beware!

“The reports of my death are greatly exaggerated” – Mark Twain

Recently, one of our writers, Jen, wrote a great piece about surprising television deaths. You can check it out here. After reading this, I started thinking about some of the ones that surprised me. I came across a few that I remembered didn’t actually die and made comebacks at a later time. This can be pretty frustrating. You accept this character’s death and mourn them. When they return there is a mixed sense of relief and anger at being duped.

Here are a few characters that have surprised me with their “death” and subsequent return (In no particular order): 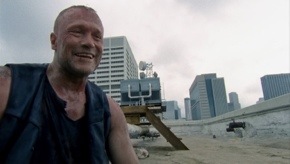 Merle Dixon – The Walking Dead
In the first season of The Walking Dead, Rick handcuffs Merle to the roof of a building in Atlanta because Merle is a bit of a loose cannon. In a rush, T-Dog trips and drops the key to the handcuffs down a pipe, leaving Merle to his own devices while the rest of the group leaves the city. When this small group meets back up with the rest of their larger group, Merle’s brother, Daryl, decides to go back for him. A few others go with him and at the close of the episode you see them on the roof, handcuffs still attached to the pole and Merle’s hand next to them. They don’t actually say that Merle had died, but in the world they live in, it seems unlikely that he could survive alone. In season three it is revealed that Merle has, in fact, survived and is doing well. While Merle’s survival is somewhat expected, it still catches you a little off guard. 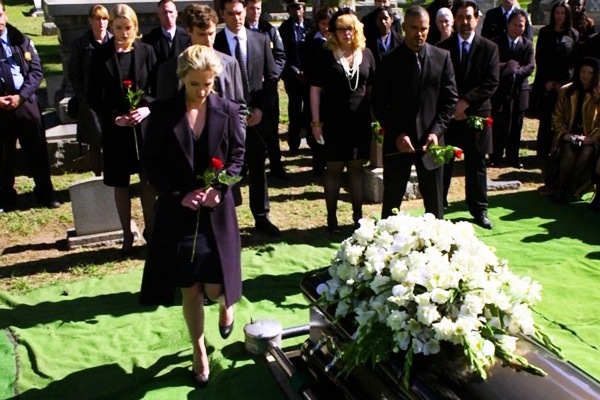 Secret Service Agent Emily Prentiss – Criminal Minds
Long story short: this is a show about a unit of the FBI that specializes in profiling. One of their team members, SSA Prentiss, had previously been involved in a deep undercover mission that went too far and resulted in her death. Meanwhile, behind the scenes, there were some contract issues. Paget Brewster, who plays Emily Prentiss, did not sign on for another season. After the season was over, the contract issues were resolved and she signed on for the following season. If you had known all of this, her return wasn’t really a surprise, but for everyone else finding out she was still alive was one of the biggest shocks of the series. The way it played out on the show was that she survived but was put into witness protection. The way the writers of the show wrote this situation was very powerful. Even if Prentiss wasn’t a favorite character, the effects of her death on the other characters made it a bitter pill to swallow. The betrayal her team felt when they found out she was still alive almost made you resent her return. Her character is alive and well and currently working for Interpol. She is no longer part of the cast, but perhaps fans can expect cameo appearances in the future?

Harry Potter – Harry Potter and the Deathly Hallows
Admittedly, I have never been a fan of the Harry Potter series. I just never read the books or watched the movies. A friend was talking to me about it recently and told me that there is a scene where you think Harry is dead, but he isn’t. Since Harry is the main character, I felt it merited further research. Thanks to YouTube I was able to find this scene. After a very moving speech about Harry’s death and his presence even in death, Harry “wakes up” and cleans house. I was hesitant to include this in my list because I just didn’t feel qualified to talk about Harry Potter. However, after watching that clip, I was so affected by it that I wanted to go back and watch the entire Harry Potter series. I was so impressed that I felt I had to include it. I think it speaks volumes that a five minute clip could change one’s entire view of a franchise. 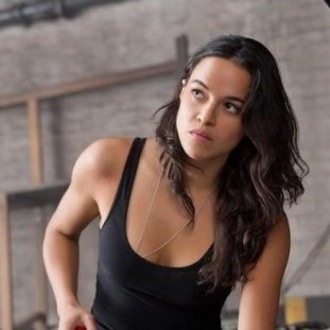 Leticia “Letty” Ortiz – The Fast and The Furious
Letty is a main female character in The Fast and Furious saga and the love interest of Dominic Toretto. In the fourth installment of this series (Fast and Furious) Letty is killed. She wrecks her car and is shot. There is an emotional funeral scene and everything! In the following movie (Fast Five), which features a new character named Luke Hobbs, played by Dwayne “The Rock” Johnson, a recent picture surfaces that shows Letty alive. The picture is given to Hobbs at the very end of the film leaving you wondering if she could have possibly survived a wreck AND being shot. In the most recent film (Fast and Furious Six) Hobbs uses this photo to gain the cooperation of Toretto in an investigation. Letty is found alive; however, she has suffered some brain damage and cannot remember anything of her old life. For me, this was a bit of a letdown, and I spent a large portion of the movie waiting for her to reveal she was faking the memory loss. This never happens. Letty and Dom do end up getting back together but it’s just not the same. I guess this teaches us that if it’s meant to be it will be even if you “die”, come back and have brain damage. Oh, the movies, where anything is possible. 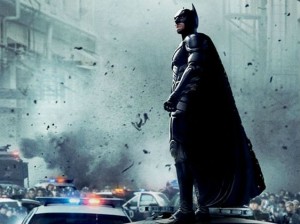 Bruce Wayne (Batman) – The Dark Knight Rises
In the build-up leading to the release of the final film in The Dark Knight trilogy, it is teased that Batman would die. Of course, you think, “they can’t kill off the main character!” As you watch the movie, it becomes a very real possibility that this may happen. Near the end of the film, Batman, in an effort to save Gotham City, carries a bomb out over the water using the Batwing. You see it explode and again you think, “you can’t kill Batman!” But then on the other hand, it is the final film in the trilogy so…why not? It wouldn’t be a terrible way to end the movie. It would be a pretty decent way to wrap it all up. Early in the film, Alfred tells Bruce that, basically, he has a dream for him that one day he will be happy and leave Gotham and Batman behind. In the final scene of the movie, you see this exact scenario. It’s a much nicer end than his death. 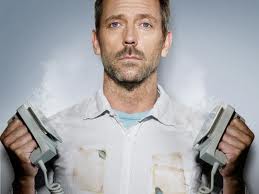 Dr. Gregory House – House M.D.
This is another instance of the killing off of the title character. In the series finale, House is seen in a burning building, stoned from drugs, and wanting to die. The building collapses on House and, later, his body is found. During the funeral, his friend, Wilson, receives a text while giving House’s eulogy. The text is from House who is alive and well. The final scene to this amazing series shows House and Wilson riding off into the sunset together on motorcycles; finally happy and free.

What examples of surprising movie & TV deaths did we not include? Share and discuss on our Facebook page!