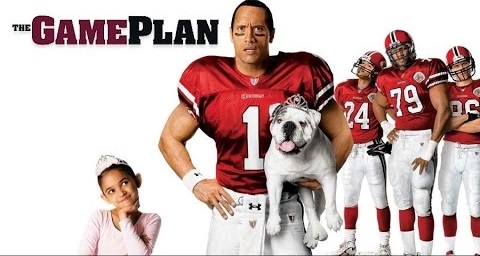 So now with the summer of 2007 behind us, we head into the fall which is where we usually see the lull start to happen before going into the holiday season. We had several films do very well as the summer ended and with the slate of films scheduled for release in September, it would be interesting if anything could break through and do well. Ultimately, there was only one film released this month that managed to be a success and be declared the winner of the month, and that is the family film the Game Plan which sees a star quarterback learns that he has a daughter and tries to connect with her. Despite the harsh reviews from critics and coming out at the end of the year, the film managed to connect with families in a month that was pretty much dominated by films geared to adults and would end up finishing at the top of the month by a pretty wide margin. While it’s not nearly on par with several of the films that were released over the summer, it was still a good success and came close to breaking the $100 million mark which was rare for a September release at the time.

September Losers: The Kingdom, the Brave One, Eastern Promises, Shoot ‘Em Up, Dragon Wars, and The Assassination of Jesse James by the Coward Robert Ford

As we head into the fall, this was the time where we see a lot more films released that are marketed to adults with the kids going back to school and this was also the time where award contenders try to make their mark. Unfortunately after a pretty strong summer, September 2007 didn’t see many films break out and instead several of the films flopped in terms of making money. The first film released this month that is included as one of the losers of the month is the action thriller the Kingdom, a film loosely based on the 1996 Khobar housing bombing and the 2003 Riyadh compound bombing in Saudi Arabia. This would be part of a trend where war-based movies tend to underperform due to the politics surrounding it, and with mixed reviews and being released against the Game Plan this film was doomed from the start and ended up being one of the bigger bombs of the year. The next film released this month that is included in this category is the psychological thriller the Brave One, a film where a radio host becomes a vigilante after the death of her boyfriend. The film would receive mixed reviews and despite being released at the beginning of the month which included debuting at number one, the film would also fail to connect with the mainstream and would fall off quickly after its debut which led to it finishing right at the bottom of the top five of the month. The next film released this month that gets into this category is the gangster film Eastern Promises, which sees a woman try to protect a prostitute’s daughter from the Russian mafia. The film would be critically acclaimed and included on many top 10 lists for the year which we will get deeper into later in the recap, but it would also fail to generate much interest from the mainstream and ended up underperforming amongst the other award contenders. The fourth film released this month that is included in this category is the action film Shoot ‘Em up, a film where a man protects a baby from an assassin and his henchmen. Much like the Brave One, this film would debut at number one in its opening weekend despite the mixed reviews, but like some of the other films released this month it would fail to catch on with the mainstream audience and fell off shortly after its release. The next film released this month that gets included in this category is the fantasy film Dragon Wars, a film which sees a young man assigned to protect the Yuh Yi Joo who can change an Imoogi into a Celestial dragon. Despite having a lot of success in South Korea where it was created, it would not find the same success in the US and would end up underperforming which would be the common theme for most of the films released this month. The sixth and final film released this month that is included in this category is the western film the Assassination of Jesse James by the Coward Robert Ford, an adaptation of the novel of the same name which tells the story of the relationship of the two men. Considering that this film would only make it into 300 theaters during its entire run in the theater, the fact that it made as little as it did was not much of a surprise despite getting some positive reviews from critics. As mentioned at the beginning of this category, September usually sees a lot of films released that are geared towards adults so many of these films should’ve done better than they did, but it goes to show you that if a film can’t connect with the mainstream it won’t translate into dollars and success for the films.

As I had mentioned earlier in the review, the summer of 2007 was pretty interesting as we saw a bunch of films did very well while a few did end up tanking and you wondered how things would play out throughout the month of September. We were now getting into the period of time where award contenders were coming out either limited or wide, and the ultimate test for them is whether they can connect with the mainstream audience in the same way they connected with critics. This was also an interesting month in that the majority of the films released this month were geared towards adults with only one released geared to families, and sure enough that one film ended up being the film that finished at the top of the month by a considerable margin. That of course ended up being the Game Plan which finished just $10 million shy of that coveted $100 million mark, but for the month of September that was still a great finish as it dominated over everything else despite being released at the end of the month. There was no question that this was the go-to film for the mainstream as the award contenders that were released this month failed to gain any traction and while they would get their vindication with award wins, that didn’t translate to box office dollars and it became clear that this month was all about the Game Plan.

Overachiever of September 2007: The Game Plan

When it comes to choosing the overachiever of the month for September, once again this ended up being one of the easiest choices as it has been over the last few months. As I continue to harp on throughout the course of this recap, this month has seen almost all the films released geared towards adults with no emphasis on families even though they tend to drive most of the business in the box office. As a result, there was no other option for the overachiever of the month other than the film that finished at the top of the month which is of course the Game Plan. With no family films being released since the middle of August, the market was devoid of family fare and the Game Plan was in the right spot to cash in while its release also coincided perfectly with football season going on at that time. It would help continue to help the Rock grow in his burgeoning acting career and with it being the last film released under Disney’s Buena Vista umbrella, it all added up to a big success for the Game Plan and propelled it to the top of the month.

This month was pretty interesting in that picking the overachiever of the month was pretty easy, but choosing an underachiever of the month is a bit more challenging as on the surface there seemed to be numerous choices. It would be easy to name one of the award contenders that came out this month as the underachiever, but I don’t think those films were totally expected to do well and they didn’t do bad enough to be named the underachiever even though they did slightly flop to an extent. In the end, the film that deserves to be named the underachiever of the month has to go to the action sci-fi film Resident Evil: Extinction, the third in the Resident Evil series where Alice and survivors of a zombie apocalypse fight back against the horde and the Umbrella Corporation. Much like the previous two films in the series, the film was not well received by critics though it did have a built-in fan base from those previous films, and it would end up finishing first in its opening weekend while also finishing ahead of the first film though it just missed passing the second film by a mere $1 million. Unfortunately, it would quickly fizzle out after its opening weekend much like the previous two films and in a market that had other films failing to break out, there was a feeling that this film should’ve done better and to finish with what it did ends up making it a disappointment and earn its title of underachiever of the month.

September 2007 Awards Watch: 3:10 to Yuma, Good Luck Chuck, Eastern Promises, In the Valley of Elah, and the Assassination of Jesse James by the Coward Robert Ford

So overall, the month of September 2007 ended up being a pretty dismal month with one film doing well and the rest failing to live up to their potential. As I have mentioned before, this was the time of year where we start to hit a lull in the box office coming out of the summer and sometimes it can be pretty bad, but sometimes it ends up being no bad at all and the momentum from the summer can carry over into September. We would see that happen in future years, but that does not happen this year as September 2007 ends up stunting the momentum that the summer had built up. When it comes to the films that were released this month, only one managed to have a solid run on top while the rest failed to make an impact and with all those films trying to attract the same audience, none were able to take advantage of that and they all ended up falling flat. 2007 has been an interesting year to say the least as the year started very slow, picked up during the summer and now it seems like we are back at about even ground though not completely. As we head further into the fall prior to the holiday season, we will see if October can turn things back upward or if the box office continues to dip relying on the films released at the end of the year to save the year. As for the month of September 2007, it is not a good month as only one film did well though it wasn’t enough to save the month and the month ends on a pretty dour note.