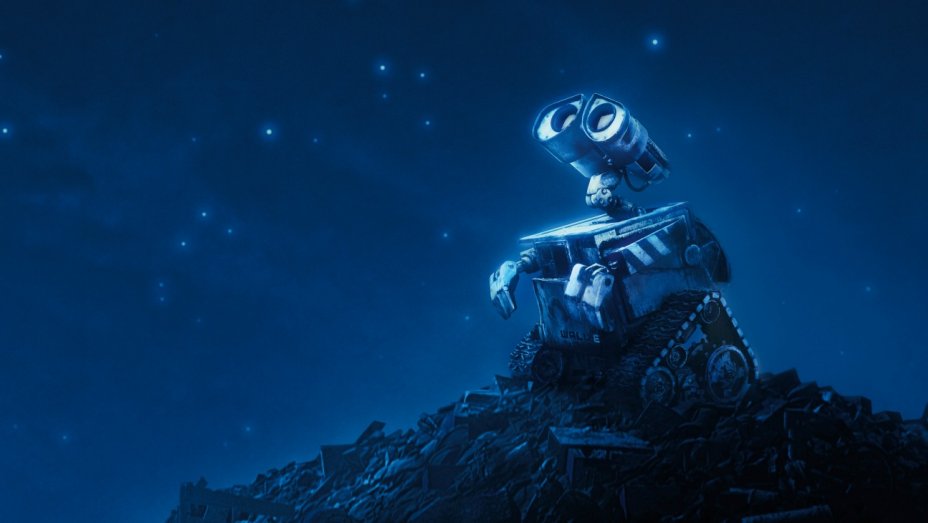 As we reach the halfway point of the year and the second month of the summer, things finally seemed to be on the upswing in terms of the box office for the year of 2008. After starting somewhat well and falling into the pits throughout the spring, we saw the tide turn throughout May and now it seems like the box office will start hitting its stride going into this month. It will be interesting to see how many winners we end up getting since just over half the field finished with over $100 million, and even more interesting how many losers we end up getting. The first film released this month that makes it into this category is Pixar’s latest offering WALL-E, a sci-fi film about a trash compactor robot who falls in love with a probe and travels across the galaxy to win her love and save the planet. It was one of Pixar’s most ambitious films to date and seemed like a risky venture for the company, but like they’ve been able to do they ended up delivering in spades and many considered WALL-E as one of the best films for 2008 which puts it in some high company. The next film from this month that makes it into this category is the other big animated film of the month Kung Fu Panda, a comedy martial arts film about a clumsy panda who trains to be a kung fu master while saving China from an evil kung fu master. Much like WALL-E, this was a pretty ambitious film for Dreamworks in that they’ve seemed to have been coasting for a while, but in the end the film received critical acclaim from critics and helped spawn a new franchise for Dreamworks. The third film from this month that makes it into this category is the action thriller film Wanted, a film based on the comic series of the same name about an accountant who trains to become an assassin after learning his father was one. Despite having to come out at the end of the weekend and on the same weekend as WALL-E no less, the film ended up being fine counter-programming with positive reviews from critics and nearly made it into the top three for the month by only a few thousand dollars. The fourth and final film released this month that makes it into this category is the comedy spy film Get Smart, based on the TV show of the same name about an analyst who wishes to be a field agent. While the film received mixed reviews from critics who considered it a middling comedy for the Summer season, it still managed to open at number one in its opening weekend and ultimately finished in the top five for the month, making it the top comedy of the month. While it does seem a bit disappointing that this month only had four winners while the previous June had five, these films seemed to be a bit more balanced than the previous year and still made June 2008 a great month.

So as I mentioned in the winners category, it would be interesting to see how many films would end up being considered a loser of the month given how most of the films ended up performing. One year ago, we had two films released that made it into this category and now one year later, we only have one film from this month that makes it into this category which is a testament to how strong the month ended up being. With that being said, the lone film released this month that makes it into this category is the romantic comedy the Love Guru, a film about a guru who dreams to be the number one guru in the world. The film would receive scathing reviews from critics and ended up being crushed under the weight of fellow comedy film Get Smart, and many consider it the death knell for Mike Myers’ career as he has not been in a live-action film aside from a bit part in 2009’s Inglorious Basterds. It is pretty sad to see instances like this happen when actors who had been successful have their careers in essence killed due to a single film, but such is the way of the box office and it will be interesting to see going forward if something like this ends up happening again.

So prior to 2006, Pixar had mainly dominated the month of November as five of their six films were released that month with the lone exception being Finding Nemo which was released in May 2003. But starting in 2006, the month of June seemed to be becoming the new hot month for Pixar as they released Cars which finished at number one for the month, and then a year later in 2007 they took the top spot again with Ratatouille. Now as we head into 2008, there seemed to be a bit of question if Pixar could three-peat as Dreamworks had Kung Fu Panda at the beginning of the month and that had gained plenty of steam throughout the month. This added to the fact that WALL-E was a very unique film and it would be interesting to see if Pixar could do it or if Dreamworks would steal the month from them. At the end of the day, Pixar reaffirmed their spot at the top as WALL-E finished at the top of the month by just a bit ahead of Kung Fu Panda and solidified the month of June as Pixar’s month du jour with three straight wins.

Going into the month, I was pretty confident that one of the two animated films released this month would be named the overachiever and the question was which one would it be. For a while, I had considered going with WALL-E since as I mentioned that was a pretty risky venture by Pixar and it ended up doing very well, finishing at the top of the month. However, Pixar had a proven track record by that point so it didn’t come as much to a surprise to anyone when they did finish at number one. On the other hand, Dreamworks had a lot of success with Shrek though many of their other films were either mildly successful or not at all with nothing coming close to creating a franchise like Shrek. So with Kung Fu Panda, Dreamworks was banking a lot on this film doing well especially coming off the underwhelming performance of Bee Movie last November. Fortunately for Dreamworks, Kung Fu Panda ended up exceeding expectations as it was loved by critics though not as much as WALL-E was, and coming out at the beginning of the month also helped it as it was able to make a solid chunk of money prior to WALL-E coming out at the end of the month. Ultimately, the film proved to be very successful and spawned the next big franchise for Dreamworks and as a result, Kung Fu Panda deserves it placement as the overachiever for the month of June 2008.

Underachiever of June 2008: The Incredible Hulk

When it came to choosing an underachiever of the month, it was an interesting choice in that it might seem on the surface that picking a film that did pretty well would be a bad choice. However, a film may have done well in terms of making money but when it is probably expected to do more especially following a film that did very well, that is a major caveat in choosing the underachiever of the month. With that in mind, the film from this month that I have chosen to be the underachiever of the month is the second entry in the Marvel Cinematic Universe which is the Incredible Hulk, a reboot of the original 2003 film which sees Bruce Banner attempt to find a cure for his mutation while being on the run from the Army. After a subpar performance of the 2003 film, it made sense for Marvel to regain control of this character and to reboot it as part of the MCU which on the surface seemed like a good idea especially after the success of Iron Man the month prior to officially launch the MCU. But unfortunately, the film would receive middling reviews from critics and finished considerably less than Iron Man which made many wonder if releasing the films so closely together may have had an impact on it. This in addition to Hulk not being featured again until the Avengers in 2012 with a new actor at the helm would led to this film being considered the ugly stepchild of the MCU that hardly anyone talks about, and in the end deserves it spot as the underachiever of the month.

So overall, the month of June for 2008 ended up being a pretty successful month though it didn’t just do quite enough to make it a perfect month like July 2007 though it is to date the best month of 2008 by far. As mentioned, the year got off to a decent start though it quickly fell off a cliff throughout the spring, and going into May it was clear that it needed to deliver big and it did which got the box office back on track. Now here in June, we continue on the upswing as the two animated films released this month dominated things while a few other films geared towards adults did pretty well. As mentioned, 2008 has been a very interesting year as what we saw earlier in the year now seems like a distant memory after how well these last two months have done, and as we continue into the summer we will see if the box office can continue to do well. As for the month of June 2008, it is one of the best months of the year and one of the better months over the last three years of doing these recaps.