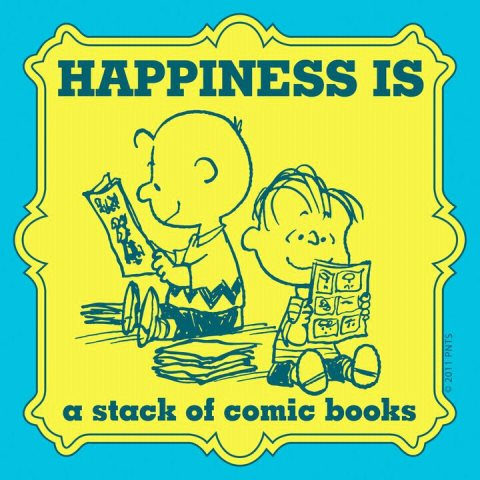 We live in a truly remarkable time for comic books. The medium has been enjoying resurgence over the last few years, largely thanks to the popularity of such films as Iron Man, The Dark Knight and The Avengers and TV shows like Arrow and The Walking Dead.

However, it’s not the superhero books that are benefiting most from this. Independent titles have always been a big deal for “serious” comic book fans, but really good indie titles have usually been few and far between. At least, that’s how it used to be.

Today, we have multiple creator-owned titles to choose from and the vast majority of those are way better than their mainstream counterparts. Not to take anything away from the DC and Marvel titles I love and buy every month, but the independent circuit is churning out some incredibly creative stuff.

Even better is how well books like Saga, The Walking Dead, Chew, Letter 44 and many others are selling. Their print runs aren’t as vast as, say, something like Avengers or Batman, but each of these has experienced sell-outs and multiple printings of single issues. That’s a huge deal for the independent community.

Image Comics, in particular, has refocused and managed a true about-face in terms of its direction and emphasis on creator-owned work. Three of the four aforementioned books are published through them. Not to mention, “the best superhero book on the planet,” Invincible, which is a title that has truly grown with its audience.

Along with Image Comics, Valiant Entertainment has resurfaced and is making quite the comeback. In the 1990s, Valiant rose to prominence very quickly, but fizzled due to poor writing/art on many of its books and an unsustainable line. Today, it seems more determined and has loaded its ranks with some of the top talent in the business. Writers like Peter Milligan, Matt Kindt, Christos Gage, Joshua Dysart, Fred Van Lente and Robert Venditti are creating powerhouse stories that easily rival anything at DC or Marvel.

X-O Manowar is one comic that fans of Green Lantern and Conan: The Barbarian should be able to agree on while Harbinger is there for those who love X-Men, but hate X-Men’s confusing continuity and constant crossovers. Bloodshot and H.A.R.D. Corps definitely brings the ultra-violence mixed with mind-bending sci-fi and Archer and Armstrong is a laugh-out-loud romp any Indiana Jones fan is sure to find entertaining. Not to mention the dark, horror elements prevalent throughout Shadow Man and the “worst superhero team ever” (said jokingly, of course) in Quantum and Woody. You can’t go wrong!

There are also a slew of Kickstarter-funded books out there that are well worth a look, too. Some are easier to find than others, but you’re sure to find plenty of jewels among them.

My two main favorites this year have been Code Monkey Save World by Greg Pak and Dust Bunny by up-and-comer Brett Brooks. Both books go for a bit of the absurd, but also have some great, punchy dialog and some jaw-dropping artwork.

It’s a great time to be alive for comic book fans. You’re not likely to find an era when there’s been so much content so readily available. It can be overwhelming for new fans, but if you find at least one book you’re interested in, stick with it for a while. Don’t be afraid to try something new, either. You never know when you might discover your next favorite book.