The picture above says it all. Nasir Jones a/k/a Nas a/k/a Nasty Nas a/k/a Nas Escobar a/k/a Nastradamus a/k/a the greatest of all time! Now, MOST of my thoughts about Nas are biased, so I have no problem admitting that up front! Of course I did first hear Nas on Main Source’s classic “Live At The BBQ”.  I first heard “The World Is Yours” in 1994 and I’ve been hooked ever since. I liked the song SO much that I bought the cassette single (Side A was the song, Side B was the instrumental, for all you traditionalists), and I literally played it till it popped. Continuing on, I was captivated by Nas every time I listened to him. With his flow, storytelling ability, precision on the mic, descriptive artistry, among other things, I continue to support him every step of the way, and this is even during the missteps of his career (The Firm, the Nastradamus album, “Oochie Wally”, etc). Trust me, I can go on and on about Nas, but in the interest of time, following the somewhat brief intro, I’m heading straight into his albums, which I consider to be the greatest discography in hip-hop history. 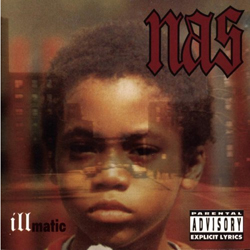 Wayne’s Words – Well, what more can be said about this album that hasn’t been said already?! This is quite simple the greatest album of all time, and of course it would come from my #1 favorite artist of all time, Nas. Released in a great year, 1994. this album captures what hip hop is about and then some. FINE lyrics, tight production, NO filler, what more can you ask for in an album.

5 favorite songs – If I Ruled The World, The Message, Street Dreams, I Gave You Power, & Nas Is Coming
Wayne’s Words – In my opinion, the most anticipated album of 1996. When I say I couldn’t wait to hear this for the first time, I really mean that literally, lol. I always felt this was an excellent album and I still feel that way today. This album was one of the highlights of a very good summer of 1996, and listening to it today instantly takes me back in time.
Rating – 4 stars (I’ve always stood by my rating for this album, and through multiple listens, I still can’t go any higher than 4 stars, respectively.) 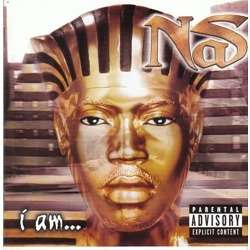 Wayne’s Words – Another excellent album here. I still wonder what the original version would’ve been like had bootleggers not taken it upon themselves and leaked the album, and this was one of the first albums to be affected seriously by that. The end result was still something I was satisfied with, although I was still hoping for it to be a double album, lol. 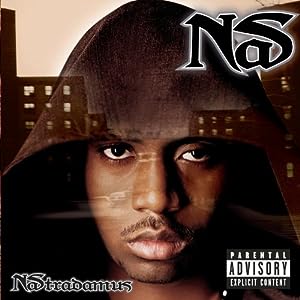 5 favorite songs – Project Window, Nastradamus, Some Of Us Have Angels, Life We Chose, & God Love Us

Wayne’s Words – Well, I guess every successful artist is entitled to one disappointment in their career. Unfortunately for Nas, this album was it. Releasing two albums in one year is not a bad thing (depending on the artist), however, this was not Nas’ finest hour for many reasons. I remember when he was on Rap City that year promoting the album, and Big Tigger asked him, “why two in one year?” Nas replied, “just more to say”. I mainly was like, “ok”, but I was still anticipating it nonetheless. I will never go far as to say that this album is wack, because it’s certainly better than most hip hop music we hear today, but it’s clearly his “worst” album. Wayne’s Words – In LL Cool J’s words, “don’t call it a comeback!” This was a comeback and then some. After essentially being written off by fans and critics alike, Nas returned with something to prove with this classic, and he delivered in spades. When Jay-Z released “Takeover”, almost everybody I knew thought for sure Nas was done, and all I could do was say “just wait”, and EVERYONE was surprised was “Ether” hit, including myself. I will admit that it was Jay-Z who gave Nas the shot in the arm he needed, as his career was clearly lacking and all it took was one spark to awake a somewhat sleeping giant. 2001’s best album.
Rating – 5 stars 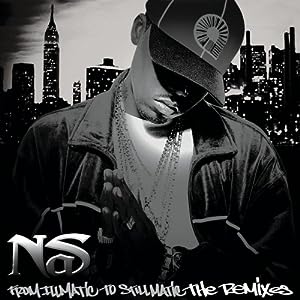 *I may be the only person I know who owns this, lol. Needless to say, it could’ve been better, but it certainly wasn’t a disappointment. 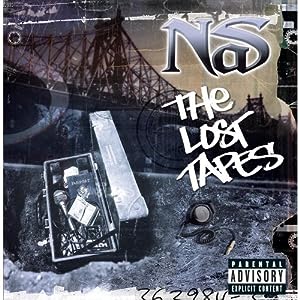 Wayne’s Words – Talk about an album with no filler and excellent all around (like most of Nas’ albums), as well as tracks that missed the “I Am” album. It wasn’t promoted very well, but overall this is still pure excellence.
Rating – 5 stars

5 favorite songs – Get Down, Made You Look, Last Real N**** Alive, Book Of Rhymes, & Mastermind

Wayne’s Words –  This is the ONLY Nas album that I was not impressed with when I first played it, and to this day I don’t know why, lol. I had all but said I would probably not play the album ever again after that. Then came the second time I listened to it, and I was like “hold on now, what was I thinking, this is great right here”. It continued to get better with each listen and I don’t know what I was missing when I first played it. Another excellent album from Nas (and I truly loved the creative aspect of “Book Of Rhymes”), something I often referred to as “emotional brilliance”.

*You know I had to buy the 10th Anniversary of the greatest album of all time on its release date right?

5 favorite songs on disc 1 – Just A Moment, You Know My Style, Rest Of My Life, American Way, & These Are Our Heroes

Wayne’s Words – The double album I was waiting for since “I Am” was first announced to be in the same format. Again, more excellence from Nas, and in my case, this double album ensured I got my money’s worth and I did. 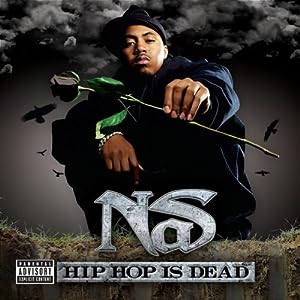 Wayne’s Words – Wow, did the term “hip hop is dead” stir up emotions in 2006 or what. Nas basically stated that this was his view on hip hop at the time, and I honestly agreed. Although hip hop as a culture is more or less the same today as it was during the time of this release, this album was a statement reflecting how hip hop should be in the eyes of one of its most celebrated artists. And I can’t forget how happy I was to hear Nas and Jay-Z finally collaborate for the first time on “Black Republican”. To this day when I play that song, I smile.

Wayne’s Words – Nas sure stirred up controversy (again) with this one. He wanted to name this album the N word and there was no way any major retailers would carry the album with that title, even with freedom of speech enforced. Either way, I anticipated the album and couldn’t wait to hit my local Best Buy when it dropped. Nas once said “my fans know the real title of this album”. Oh yeah, more excellence! 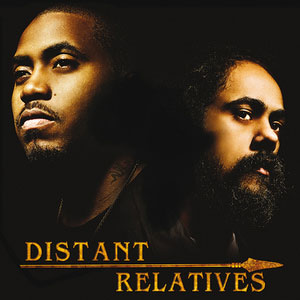 *Although I bought this album when it first came out (May 2010), I honestly only played it once, and that was on the same day I bought it. It’s not due to me not liking it (it’s a 4 star album), I just haven’t had the urge to grab it and spin it, respectively.
As you can see, there’s no doubt who my #1 favorite artist of all time is, and NO ONE will ever knock Nas out of that spot, no question.
At the time I initially did this, his 2012 album, “Life Is Good”, had not yet been released, so my opinions on that album weren’t included in this post. It’s a 4.5 star album of course and in 2014, I’ll be doing a Nas project, which will include my review of that album.