Lately, DC Comics has endured a lot of negative press thrown its way over the DCYou revamping of its line. While critically praised for the most part, its direct market sales have been less than stellar.

So friends and…the rest of you…over the next few weeks I’m giving you the Top 20 titles you have to forget about in order to make a case that DC Comics has been nothing but awful since 2011. Hold onto your butts, I’m about to drop some knowledge. 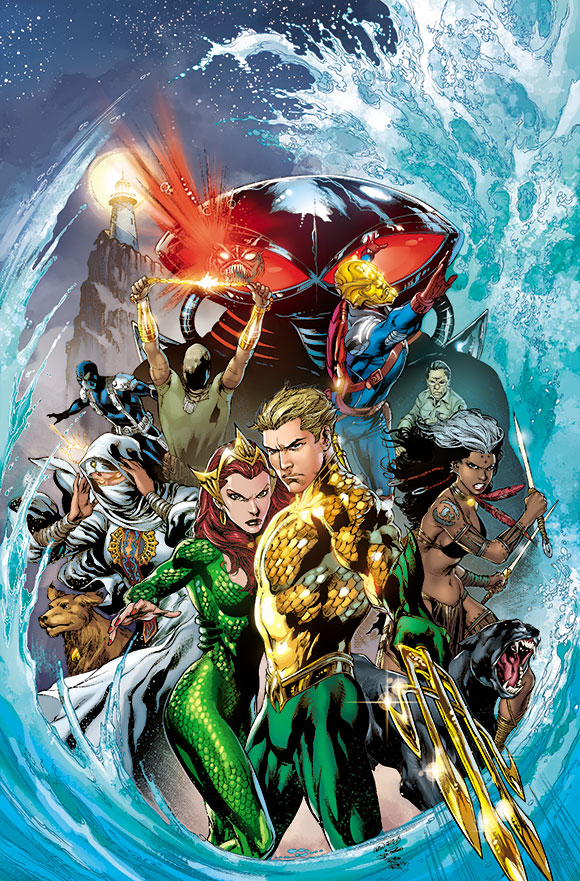 Let’s start with obviously the biggest and most successful revamp of any DC character ever! That’s right, Geoff Johns and Ivan Reis stepped up the plate and knocked out another homerun. From issue #1, the new Aquaman fully embraced the jokes you’ve likely seen on Family Guy, Robot Chicken and Big Bang Theory and then turned them on their heads. This Arthur Curry became the superhero everyman we always wanted him to be. While Ivan Reis decimated page after page with incredible visual style, Johns’ scripts made the King of Atlantis more human than he’s ever been. And it ultimately lead to what is arguably the best Aquaman and one of the best Justice League stories ever penned: Throne of Atlantis. But even more so, Johns gave new life to Mera, Aquaman’s longtime companion, adviser and lover. She’s as strong a character in this title as Arthur and a case could be made for her having a solo ongoing because of it.

Johns also introduced concepts like The Trench, The Others and The Seven Seas (which is hopefully being followed up on more soon). Even though Paul Pelletier wound up stepping in when Reis left for Justice League, it was as smooth a transition as could be asked for. Especially since Pelletier’s art isn’t all that different from Reis’. Sure, Johns left after only a couple of years, but his mark was more than cemented. And second-scribe Jeff Parker picked up where Johns left off, keeping the established characters well intact and even playing off of lots of great story threads left by Johns. Both runs will go down as classics that show Aquaman is way more awesome than he gets credit for. 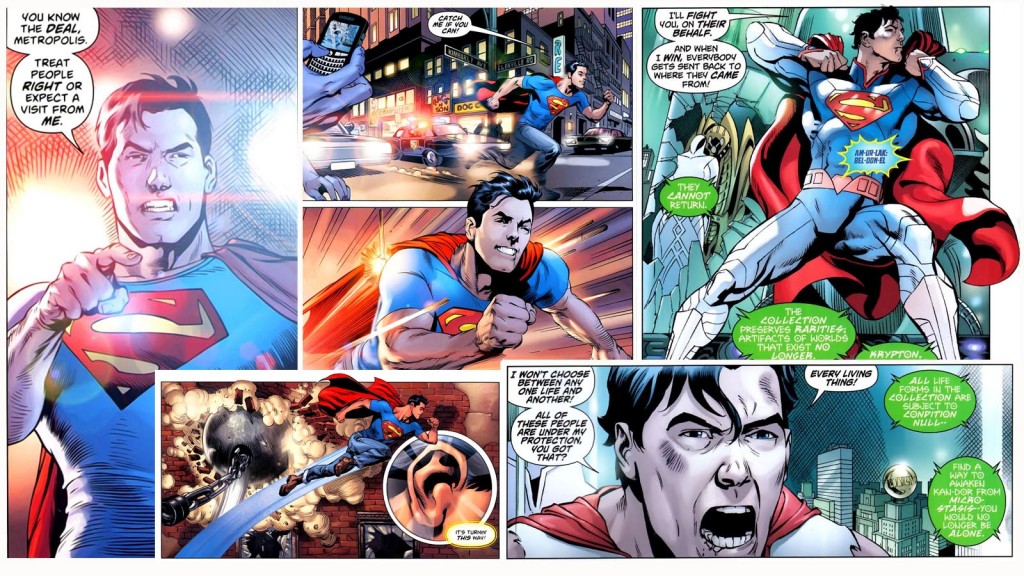 Whatever your feelings on the New 52 Superman, when Grant Morrison and Rags Morales took on Action Comics, they made quite an impression. Their opening arc was one of the best-received of all the new titles and the first issue was called one of the best Superman stories ever written by multiple critics. As things progressed and the title got heavier and heavier on the sci-fi side, a few people wonder if they should just trade-wait. Still, the Morrison run is looked as a great blueprint for how to write Superman in the modern age. Too bad the main Superman title didn’t follow that, right? And we all remember the high-profile walk out of Andy Diggle after just one issue over what many speculated to be editorial interference with his story. DC’s biggest mistake was not telling their side of things and then still having no creative team with a firm modern vision.

Then, we get Greg Pak and Aaron Kuder. 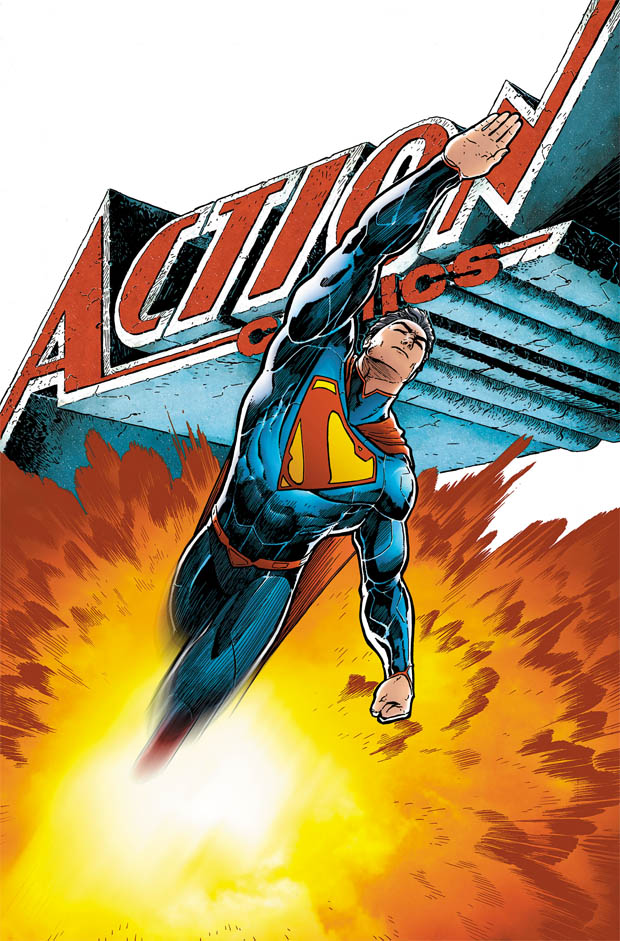 Morrison’s 18-issue run was a great first step, but the follow up got flubbed. Then Pak and Kuder came in and it was like a big light went on: THIS is how you make a modern Superman comic! They brought in the classic feel, but gave us a Superman who seemed human. He was that everyman again. He was the Kansas farm boy who wanted to do the right thing, but found out things aren’t so cut and dry most of the time. Lessons from his past ran parallel to the challenges he faces as an adult. And then there are the big, crazy monsters from under the Earth and a shadow organization who’ve created a new way to hurt Superman that was so obvious nearly everyone missed it before. And then the Pak/Kuder team gave us another gift: the best, smartest version of Lana Lang ever conceived, complete with big hero moments! From there they moved into a crossover event called Doomed, which may have been a little padded, but wound up being a really cool Superman epic, too. Big ideas, big action, big heroics. That’s the mantra and that’s how the title remains to this day. 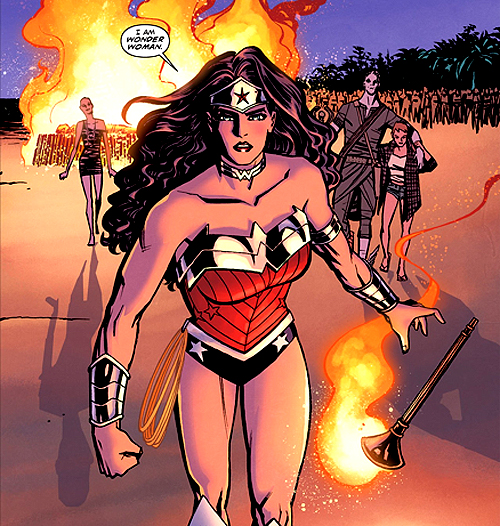 If Wonder Woman were made more in line with DC’s Vertigo line, it would look like Brian Azzarello’s and Cliff Chiang’s stellar run. These two brought us what is easily an instant classic run that spanned more than two years. Like the required-reading classic from George Perez, this version fully embraced Diana’s Greek Goddess heritage and even added a new twist: she’s the illegitimate daughter of Zeus! Then they took it even further giving her one character-defining moment after another. Fans of the Bruce Timm Wonder Woman from the Justice League and Justice League Unlimited cartoon series should almost immediately recognize this Diana is heavily influenced by that version as well. Azzarello and Chiang didn’t stop at reinventing Wonder Woman, though, they took on nearly every member of her Greek God family, too. Then they gave us a mix of horror, suspense, feminist action and amazing visuals to go along with it. When you see a giant frog version of Poseidon and a child-like Hades with lit candles for a face, you’ll get exactly how crazy these new character designs can get. 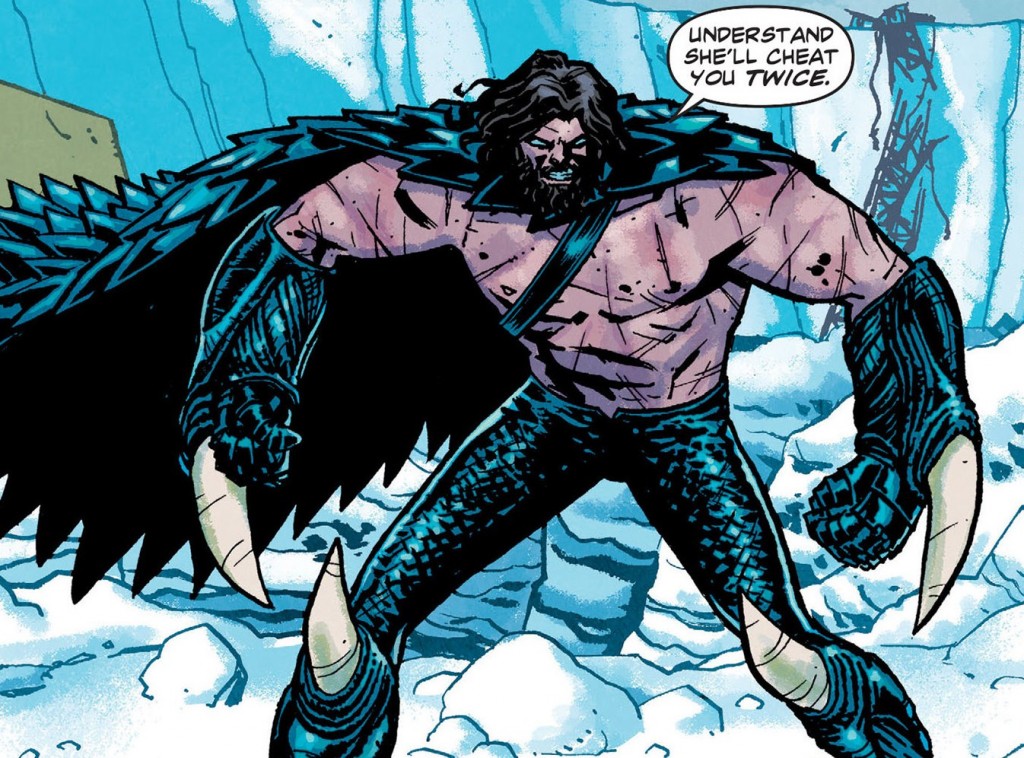 Like most new villains, mileage varies on The First Born, a mad god who claimed to have birthright to Zeus’ vacated throne after he climbed his way out of a centuries-long imprisonment in the deepest pit on Earth. I found him to be intriguing, well-realized and a worthy addition to Wonder Woman’s rogues gallery. And their climactic battle was one of the best-illustrated fights in the line. And that this book got to pretty much stick to its own sandbox and not have a lot of editorial interference outside of not being allowed to put Orion of the New Gods and Diana together as a couple, made it all the better. It’s a great standalone story that any fan of the character and/or Greek Mythology should read. Some comic runs are referred to as “character-defining.” This would be one of those runs.

Remember how popular Geoff Johns’ Green Lantern run was before Flashpoint? Remember how he didn’t leave the book even after the relaunch and it continued telling the story Johns had started in the previous continuity? Good, because a whole bunch of whiners sure seem to have gotten amnesia. Johns took the title in a vastly different direction by making Sinestro the new Green Lantern of Sector 2814 after the fallout from War of the Green Lanterns. Hal Jordan was kicked out of the Corps and sent home to Earth, but that didn’t factor into Sinestro’s plans. What followed was one of the best buddy cop stories DC Comics has ever had. Sinestro was as maniacal and cleverly devious as ever. But he also illustrated why he was given the title of “Greatest Green Lantern” before Jordan came along. Johns brought his run to a rousing crescendo with this final 20 issues, leading to what ultimately become Sinestro’s redemption and his second fall but with an ascension to greater power.

Johns started his run with the redemption of Hal Jordan and pulled that off long before the end of the pre-Flashpoint continuity. But it was his work on Sinestro in the New 52 that made it truly something special. Redeeming Jordan was a great feat, but taking a character like Sinestro and making him into a true anti-hero rather than an irrational hate-filled villain was something to behold. Johns added layer upon layer upon layer of character development onto the once and future greatest villain the Green Lantern Corps had ever known. And all of it is still being played out in the pages of Sinestro by Cullen Bunn! Johns’ influence will be felt, likely forever on the Green Lantern titles. And the New 52 represented a fresh start, not just for fans, but for Sinestro, too. 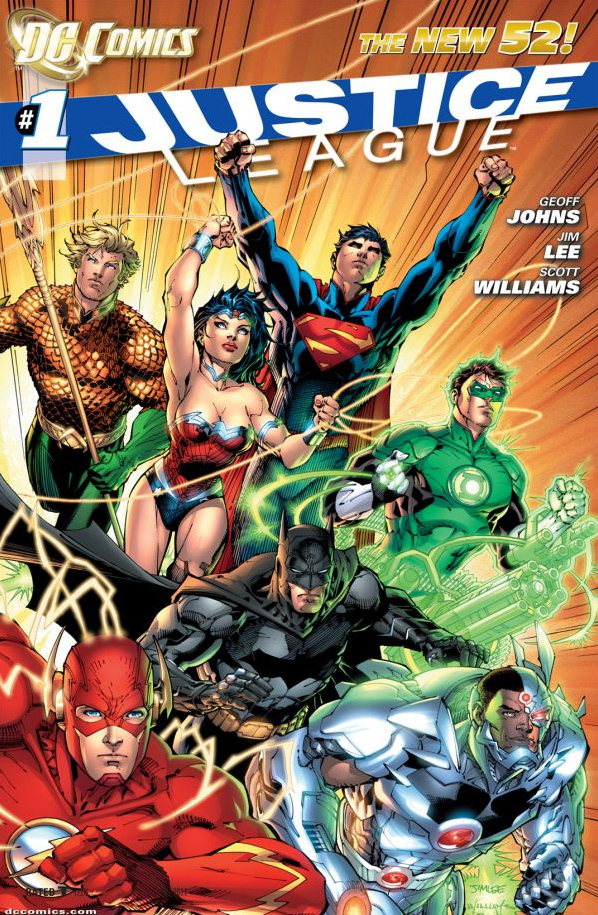 When you retell the first meeting of the Justice League, you have to go big. And Geoff Johns with Jim Lee is about as big as it gets! Sure, this first story arc was more flash than substance, but the threads were laid down and Johns is known for playing the long game. Lee’s pencils were as tight as ever and Johns knew how to ramp up one hell of an action scene. Every single character got big hero moments throughout this opening six-issue arc. From Green Lantern continuing to fight through a broken arm to Batman putting himself in a certain-death situation to save Superman and Cyborg quickly coming to grips with his new situation in order to be the key to victory, this one gets better with each subsequent read through. When the Aquaman crossover Throne of Atlantis finally arrived, this book had hit its stride and was one of the best books on the shelf. Then it surpassed even those expectations by blowing everything else out of the water for three months, pun fully intended. And don’t forget that the art of Ivan Reis was on full display by this point. His depth and splash pages rival those of Jim Lee and…he’s faster.

After Throne of Atlantis, we had Trinity War and Forever Evil, which both gave us some great issues of Justice League, especially the Cyborg and The Metal Men arc that had a lot of people calling for a new title featuring that team-up. Reis, like Lee before him, eventually left the title for other work, but now there is Jason Fabok who might just be the perfect mix of Reis and Lee to compliment Johns’ writing style. Now that we’re fully immersed in The Darkseid War, the payoff from the story points established in that first arc is finally reaching its peak. This is epic-level superheroics at its finest and nobody does it better than Geoff Johns. From then to now, Justice League remains one of the best books, not just of the New 52, but in comics, period. 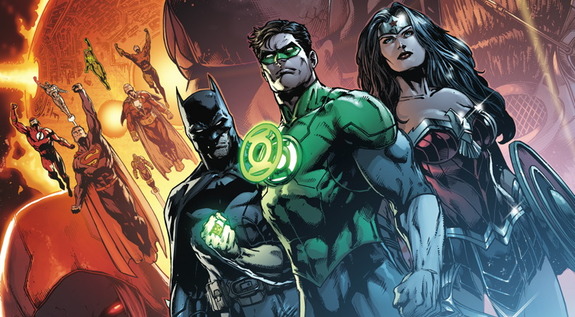 Next week: Some obscure gems we wouldn’t have had if not for the New 52. Until then, happy reading!