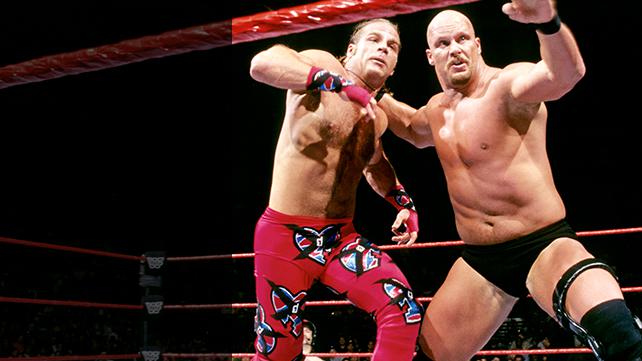 It is WrestleMania season and in this entry of the Place to Be Network WrestleMania Rewind Series, Ben Morse is joined by Scott Criscuolo , Chad Campbell, and Aaron George to talk WrestleMania XIV.

In the first half of the podcast, Scott and Ben take a detailed look into the build up to WrestleMania XIV in part one  including a live in the building report from Mr. Morse. Next, Ben, Chad, and Aaron go match by match down the card with their analysis of their match and the card overall from a quality and historical standpoint. Debates happen along the way involving Kane vs. Undertaker, The New Age Outlaws legacy, and the match quality of the main event.

Stay tuned to the Place to Be Network for future WrestleMania Rewind episodes as various PTBN staffers and friends of the site talk about individual Manias and overall Mania moments and concepts.

Don’t forget you can find Place to Be Network shows on iTunes (under Place to Be Podcast) as well as Stitcher. Follow us on Facebook and Twitter also!