Considering Chrissy and I chatted about the Oscars the entire time that they aired the other night (while the boys talked about it here), it only seemed appropriate that we share our favorite moments with our friends in Place to Be Nation!

Jen: When John Travolta walked out on stage Sunday night, things started out so well. He proclaimed his love of musicals as he introduced the live performance of “Let It Go” from the Oscar Winning Frozen. But then he introduced the world to…Adele Dazeem? Last time I checked, that was Tony Award winning Indina Menzel belting out that tune.  Within minutes, a parody account was set up on twitter and it already has thousands of followers. There’s even a name generator. Who knew that I was John Edjans?

Chrissy: The best was how he built her up with all these compliments before he completely butchered her name. He must feel like such a tool. If you haven’t already seen the list of Travoltized Travolta movies, it’s amazing.

Jen: He’s since come out and asked “What would Indina do in this situation?”, so I guess he’s feeling pretty beat up about it. It’s an epic fail that he’ll never live down, but if he has any movies coming out soon this will probably work in his favor. 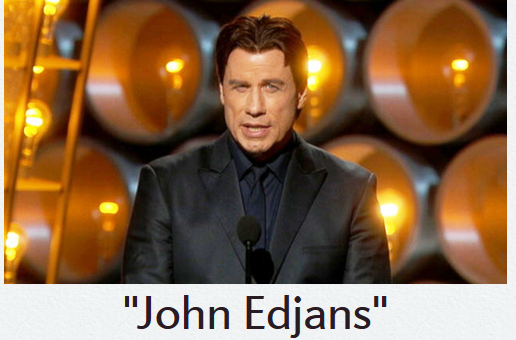 Mom Was up in the Hizzay:

Jen: We’ve seen Leo do it in the past, but this year the big trend amongst the male Oscar nominees was to bring their mom as their date. It’s a great tactic if you are Leo, and you currently have a few aspiring models waiting in the wings. This way, you can continue to date said model(s) without the world knowing just yet, or without them knowing about each other and you score MAJOR mom points. Guess who else got major points with mom this year? Jonah Hill, Matthew McConaughey AND Jared Leto! It’s no surprise that Leo’s protégé Jonah Hill jumped on that band wagon. Hill seems to be the latest member of Leo’s P*ssy Posse from the 90s. I hate to break it to him, but they pretty much disbanded as they all settled down over the years. Unfortunately, both Leo and Hill lost this year, but they lost to two very deserving actors.

Chrissy: I’m totally cool with Leo bringing his mom. It gives me that completely impracticable glimmer of hope that I still have a chance with him (sorry Josh). Poor Leo, always a bridesmaid, never an Oscar winner. He’s missed out so many times. I still think Catch Me If You Can should’ve earned him one, that movie is fantastic, but I digress. Viva Mommas Boys! 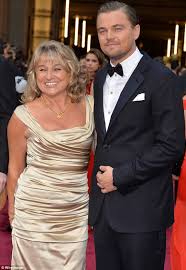 Jen: Turns out bringing mom is also a bit of a good luck charm, because Leto and McConaughey both won for their portrayals in Dallas Buyers Club! Leto started out his acceptance speech thanking his mother, who was sitting in the front row with him as his date. Although McConaughey’s wife Camilla Alves was sitting with him, his mom was elsewhere in the audience. Momma McConaughey also got a big thank you during his speech.

Chrissy: Yeah, she did! It was super sweet, McConaughey made me tear up. Thank God you already had his name written down by the way, I can never spell his name right.

Jen: I’ll admit that I had to look it up. I have been a fan of his since Dazed and Confused, but I can never remember how the heck to spell it. Alright, alright, alright.

Jen: If anyone could fall on their way to accept an Oscar with grace, it’s Jennifer Lawrence. If anyone could fall at the Oscars two years in a row, it’s Jennifer Lawrence. JLaw is pretty humble and goofy and last year she handled it like a pro. She could have shown the world that she was mortified, but instead she laughed about it and the world moved on.

This year, she happened to fall on the way in and not on stage for everyone to see. So, obviously Ellen made sure the audience and the rest of the world knew.

Chrissy: Of course, she did. I love how human Jennifer is, it’s really endearing. I wanna go shopping with her and get coffee at Starbucks after, I feel like she’s one of those goofy friends who always keeps you laughing. There was an article from the Soup posing the question is she on her way to becoming hated like Anne Hathaway. I just don’t see that happening, she’s just so real. Of course I didn’t expect Amanda Bynes to go crazy or Miley Cyrus to twerk on national television, so I suppose anything is possible, but I really hope that JLaw stays so likable. Also, am I the only one that wants her and Bradley Cooper to fall madly in love with each other and make a love child? That kid would have super powers.

Jen: I second this opinion on JLaw. You are going to have to share her, Chrissy. How much fun would it be to go shopping with her? Imagine all the fun we’d have at Sunglass Hut?! I bet she’d even get straight up Ben and Jerry’s with us. 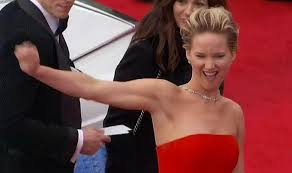 Jen: Selfies are so popular that Ellen took two during the show. And the second one, oh what a selfie it was! The selfie seen ’round the world actually shut down twitter briefly Sunday night! With Bradley Cooper holding the phone, and Meryl Streep, Jennifer Lawrence, Jared Leto, Kevin Spacey, Julia Roberts, Brad Pitt, Angelina Jolie, Lupita Nyong’o, her brother Junior, Channing Tatum and Ellen all in the shot, it sure made for some history! Although, I personally wish that Channing Tatum was front and center with his shirt off, the shot is the group selfie personified. Sadly, it was revealed that the Liza Minnelli (and one of my favorites on Arrested Development) attempted to get in on that group selfie action, but was too short to make the cut.

Chrissy: That selfie was phenomenal. What a host Ellen was!! Selfies, passing out pizza to the audience, dressing up as Glinda (prob my favorite part). Amazing. She had me rolling on the floor laughing (no I will not use the acronym for that because I hate it). Speaking of Liza Minnelli, I never knew she was Judy Garland’s daughter?! When you told me that I did the “Whaaaaaaaaaaat?!” yell like the mom on the Cox commercials. Who knew?

Jen: Let’s not forget that I also told you that Jared Leto was the lead singer of 30 Seconds to Mars! I am a plethora of well-known celebrity trivia. The Oscars are notorious for being lengthy and tiring, and we’ve all heard stories about hungry celebrities in the past. Ellen took a queue from some rumbling tummies on Sunday night, and offered to order pizza. I’m sure everyone thought she was kidding, and was silently cursing her for bringing up the subject of pizza in the first place. I don’t think anyone was more surprised that Ellen actually pulled through with her promise than the poor pizza delivery guy that was brought out on stage in front of such a famous audience. But I hear he got a pretty awesome tip! 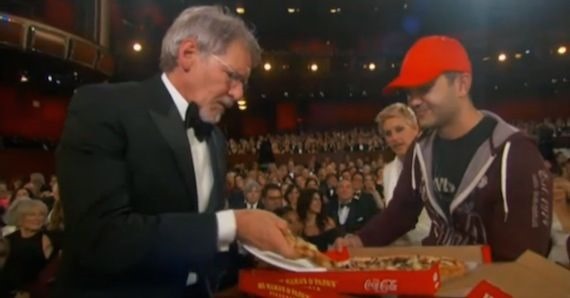