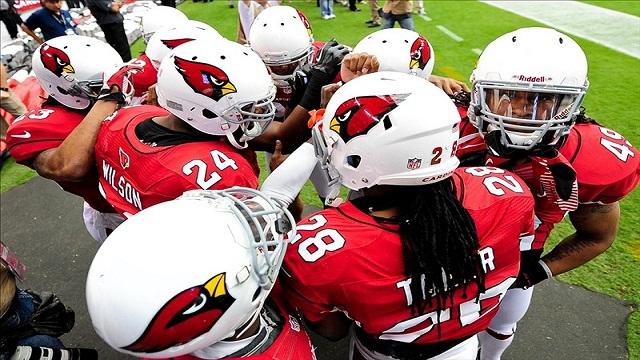 After four games in 2012, the Cardinals were the talk of the league. A 4-0 record, an exciting win in New England, and a dominating defense will do that for you. Unfortunately, it was all downhill from there, as the offense (and quarterbacks) fell apart. Arizona scored more than 19 points just once in their last twelve games, with the low point coming in a 58-0 shellacking in Seattle. After the season, the coaching staff and quarterbacks were sent packing, and the team brought in head coach Bruce Arians to rebuild. They also traded for a new QB in Carson Palmer, hoping to stabilize a position that has been in turmoil for several seasons running. They would like to prove that that 4-0 record wasn’t a mirage, but many obstacles remain between Arizona and the playoffs.

The Cardinals’ primary focus this offseason was on upgrading an offense that was the league’s worst in 2012. At running back, replacing Beanie Wells with Rashard Mendenhall is likely a wash, and Ryan Williams continues to struggle with injury. The talented wide receiver corps returns mostly intact, led by the All-World Larry Fitzgerald. Their talents were underutilized due to poor quarterback play, and it’s in this area that Arizona hopes to make the biggest gains. The gamble is that new starter Carson Palmer can recover some of his past glory, but even if he can’t, he should improve a position manned by four subpar starters last year. New talent on the line could make the biggest difference for the offense. First round pick Jonathan Cooper has the ability to help right away, and if they can get consistency at the tackle positions, there may be hope for this offense.

On the other side of the ball, the Cardinals had a top 10 defense that was the biggest factor in their early success. The greatest strengths of that unit, Patrick Peterson and the defensive line, return, but there has been a lot of turnover among the linebackers and secondary. Both of last year’s starting safeties are gone, and ILB Daryl Washington faces legal issues as well as a four game PED suspension. Rookie Tyrann Mathieu doesn’t project to start out of the gate, but he showed game-changing talent in college, and could be a piece that helps replace some of what was lost.

Playing in one of the league’s toughest divisions and facing the 7th most difficult schedule (based on last year’s records), the Cardinals’ playoff hopes could be dashed early this year. Another hot start would be their best hope, with wins in St. Louis and home against the Lions all but necessary. We should know where they stand after Week 7, as they play in San Francisco for Week 6 before returning home for Seattle just four days later.

Whoever wins the left tackle job

The temptation here is to go with Carson Palmer; Arizona hasn’t had a reliable starter at QB since Kurt Warner retired, and no one likes seeing Larry Fitzgerald wasting years of his prime with subpar quarterbacks. But Palmer is a known quantity at this point in his career, unlikely to turn the clock back to 2005. The team’s best hope for a dramatic turnaround is the offensive line, with left tackle having the most room for improvement. Whether perennial letdown Levi Brown or former seventh round pick Nate Potter wins the job, capable play at this position would go a long way toward giving the Cardinals hope for the future.

The defense is too good for Arizona to be truly awful, and a new coach and quarterback should lead to an improvement on last year’s record. But they still play in the same division as NFC powerhouses Seattle and San Francisco, and the schedule hasn’t done them many favors outside of the division. It is difficult to see the Cardinals in playoff contention at the end of 2013.

Final Thoughts
This is likely to be a transition year for Arizona. Carson Palmer is not the quarterback of the future, but should keep the team respectable. The division is not in play for this team, and the wild card feels like a long shot. The coaching staff will almost certainly use this season to evaluate the roster and find out which players figure into their long-term plans. There is quite a bit of talent and potential on hand, but this is not the year that potential will be realized. 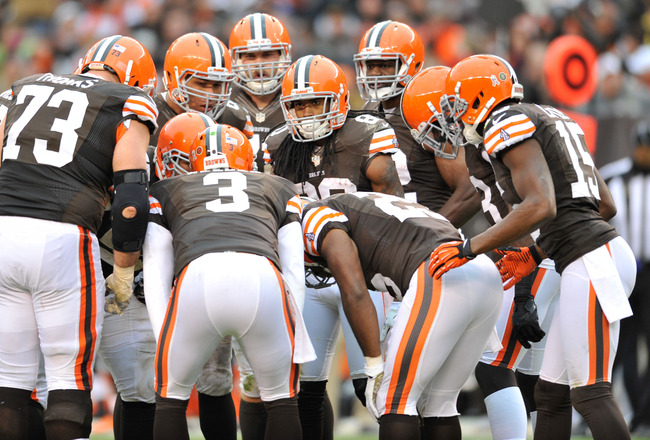 Coming off yet another disappointing season, the Cleveland Browns finished last year with a record of 5-11 and a 4th place standing in the AFC North. Cleveland fans have come to expect mediocrity as the norm from their sports teams and the Browns have been no exception, not having sniffed the playoffs in over a decade. This 2013 team likely will face growing pains with the organization revamped under new (and old) GM Michael Lombardi, and a new coaching staff led by Rob Chudzinski. Fans are hoping that QB Brandon Weeden and RB Trent Richardson will blossom in their 2nd year in the NFL, and can combine with some new additions to the defense to surprise in a division filled with question marks.

GM Michael Lombardi made a splash in free agency, signing Kruger ($40 M) and Bryant ($34 M) to big money deals, along with the drafting of Mingo and McFadden. Lombardi is hoping these players will fit into his new 3-4 defense. While Kruger has experience in with the 3-4 and had a great 2012 with the Ravens, many worry that he was a one-hit wonder and won’t live up to his contract. And while Bryant is an excellent defensive tackle, this will be his first time playing in a 3-4 system. Lombardi is hoping these new additions will mix well with a defensive unit that was one of Cleveland’s few bright spots in 2012, but it is difficult to assess how everyone will play under a new defensive scheme. Meanwhile, the Browns hope adding Davone Bess will give Brandon Weeden a solid target, to help continue his development, which will rely just as much on Trent Richardson staying both healthy and productive.

Cleveland didn’t lose many key players. Obtaining veteran QB Jason Campbell as their backup allowed them to finally pull the plug on the Colt McCoy experiment and ship him off to San Francisco to backup Colin Kaepernick. The biggest loss may be the dynamic Josh Cribbs, he of the NFL-record 8 kickoff returns for touchdowns in his career. Cribbs’ speed and break away ability has been a huge asset for Cleveland over the years, giving them an advantage over other teams that is hard to measure. Of all of Cleveland’s losses this offseason, Cribbs may be missed the most.

If Cleveland is going to compete this year, it will need to play a tough game in Week 2 against the reigning Super Bowl Champion Ravens, who have suffered numerous losses to their championship defense. If they are in contention after a tough mid season stretch against the Packers, Chiefs, and Ravens, they will need to take advantage of the bye week and come out strong against the Bengals in Week 11. They don’t face their arch-rival Steelers until Week 12, possibly the biggest home game of the year and don’t see them again until Week 17, at which point it is very likely that one of those teams will no longer be playoff-relevant.

For better or worse, the development of Brandon Weeden is the most important project for the Browns coaching staff this year. They certainly would like Weeden to succeed and become a franchise QB, but if Weeden struggles don’t expect too long of a leash. QB Jason Campbell has proven to be a reliable and capable quarterback that can win with the right team around him. With Weeden being drafted by Lombardi’s predecessor Mike Holmgren, he will feel no special attachment to Weeden if he doesn’t believe he can help the team win, and win now. Mike Lombardi didn’t spend all of that money on improving the defense just so he could see them on the field the whole game.

Despite the improvements to the defense, there are still so many question marks with the Cleveland Browns this year. In a division that is always competitive, it is hard to predict them actually improving on last year’s 5-11 record. It’s hard to imagine this team even being competitive in road games against the Packers and Patriots. While they certainly have the talent to breakout if everything falls right, we are reminded that this is the Cleveland Browns, and we’ll believe it when we see it.

Final Thoughts
Despite having a terrible offense in 2012, the Browns were still able to manage a 5-11 record thanks to a great defense and special teams. In true Cleveland style, these are the two areas that have seen the most change. The loss of Josh Cribbs may have a big impact, and while the defense is seemingly flush with talent, it’s hard to predict how they will mesh the new coaching staff, or how they will react to Lombardi’s desire to switch to a 3-4. If everything breaks right, the Browns could field a mediocre to average team in 2013. And that’s if everything breaks right.

Sorry Cleveland fans, but you may be in for yet another season of angst. (But we all know you secretly love it!)