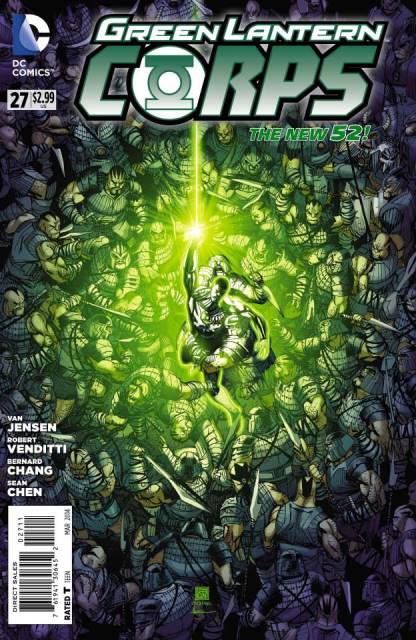 Green Lantern Corps #27 – Van Jensen goes solo for the first time on the book. After one story arc working with Green Lantern writer Robert Venditti he’s taken over full plotting and scripting duties and it couldn’t be at a better time. The Durlan War is on the horizon and things just got a lot more complicated after the event of Green Lantern #27.

John Stewart has been trying to get the Corps reorganized on Mogo, but with so many sector houses coming under fire and armies from across the universe, training the new recruits just got upgraded to on-the-job. If that means we get more of Jruck in action, we’re all the better for it. This series is really heating up now.

Justice League 3000 #2 – This certainly isn’t the “bwahahaha” era returned, but it is equally intriguing. Keith Giffen and J.M. DeMatteis kicked things off with a bang last issue and have already started building a really interesting mystery story. Whoever this new Justice League is, it’s certainly not the versions we’ve been getting to know over the last two years.

The first issue gave us a good introduction to the world of the year 3000 and some background on each member of the “Justice League,” but this issue is looking to build up the story of who the mysterious “Five” are while upping the action a bit, too. For those looking for something equal parts superhero and sci-fi, look no further! 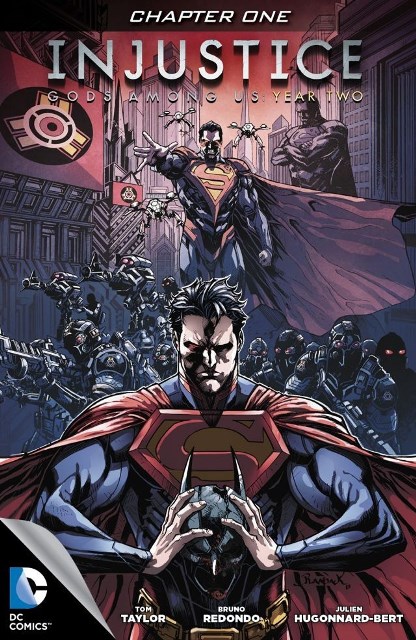 Injustice Year Two #1 – Tom Taylor’s surprise breakout hit series starts its second year with this issue. The Injustice video game has one of the most interesting and compelling stories DC has produced in some time and the digital-first comic gives some great insight into the deeper happenings.

It’s great to see how Superman’s rise to power happened and that, despite how evil he seems in the game, he didn’t get that way overnight. The journeys of the individual heroes and villains involved has been even more interesting and this issue is going to push things even further. Green Arrow’s death at the end of the first volume has left several heroes questioning their roles and some ready to go to war with Superman and his faction. To say that the action is going to be even faster and crazier this time around is probably and understatement. Look for this one to continue dominating digital sales for DC and to make some moves when the chapters are collected in print each month. 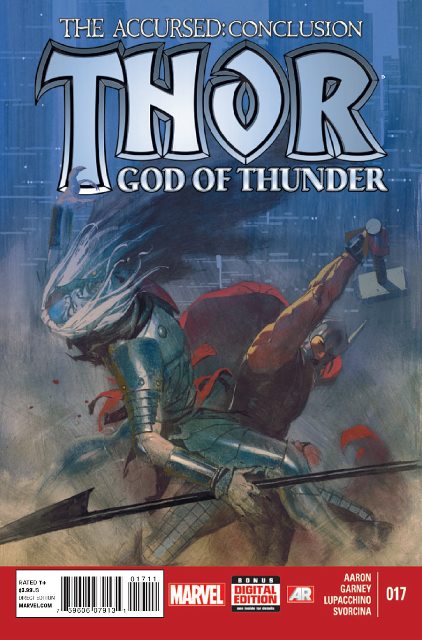 Thor: God of Thunder #17 – It’s the end of the second major storyline for what is probably Marvel’s single best solo hero comic. Malekith The Accursed has revealed the traitor in Thor’s midst and it was not who any of us were expecting it to be. But it certainly makes a ton of sense looking back at the story as a whole.

If there’s one thing Jason Aaron does well, it’s end his stories in big ways. This looks to be no exception to that. The question now is whether or not Thor’s allies will come to help him or if he’s got to take on Malekith and his army of Dark Elves by himself. Things certainly look bleak on that end since the group lost its strongest member and pretty much admitted to hating each other. That’s a lot to overcome and likely won’t mean a group hug even if they do. If you’ve missed out on this story arc, you should correct that and pick up this issue, too.

Superior Spider-Man #25 – The big new is out that Peter Parker is coming back in April, but how is that going to happen? The answers begin in this issue, the first part of Goblin Nation and the final story arc of Superior Spider-Man!

Dan Slott has breathed new life into a concept that was becoming a bit stale. Sure, there have been vocal opponents, but this whole thing has worked perfectly. We’re finally going to get a confrontation between this Spidey and the (original?) Green Goblin. Old GG has been playing things behind the scenes for months now and it’s time for everything to come to light. Though that probably means Ock finding out he wasn’t as in control of everything as he originally thought. Definitely going to make for some great storytelling. Don’t miss this one!

Daredevil #35 – Only two issues left in Mark Waid’s historic first volume on Daredevil. He’s coming back when the series renumbers to #1 in March. Big changes are coming for Matt Murdock and we’ve seen the start of it with this whole fight against the Sons of the Serpent. Good thing he’s not going into the fight alone.

Another big happening in this issue is that Elektra is finally making an appearance in this series for the first time since Waid kicked it off in 2011. It might seem an odd time to start picking this one up, but it might be a good time to get to know this series in time to jump on the new issue #1 in a couple of months. If nothing else, it’ll pretty much cement its place on your pull list. 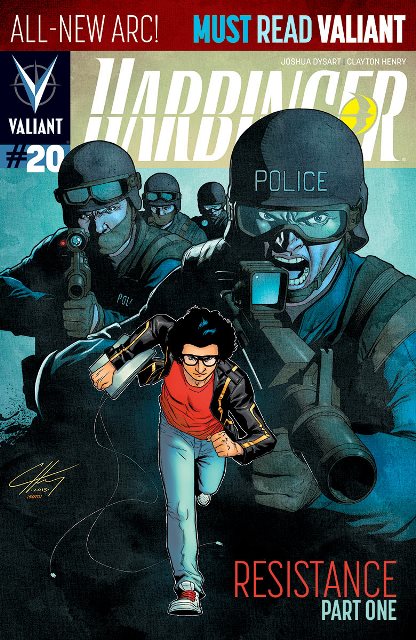 Harbinger #20 – Toyo Harada has had a rough time lately. A war with Project Rising Spirit and Peter Stanchek’s Renegades might have gone his way, but he wasn’t able to keep them imprisoned in the mental prison he built as it stretched him too far. Now, they’re all out and to say they’re not happy about what just happened is the understatement of the year.

This is a perfect jump-on point for the series as Stanchek’s team is finally going to take the fight to the Harbinger Foundation. No more running or hiding, it’s time to take out the problem. Writer Joshua Dysart is one of the best in the business and he’s turned this into the kind of comic we should all hope to read each month. Compelling characters, great action and fast-paced stories are all the reasons you’ll ever need to give this one a shot.