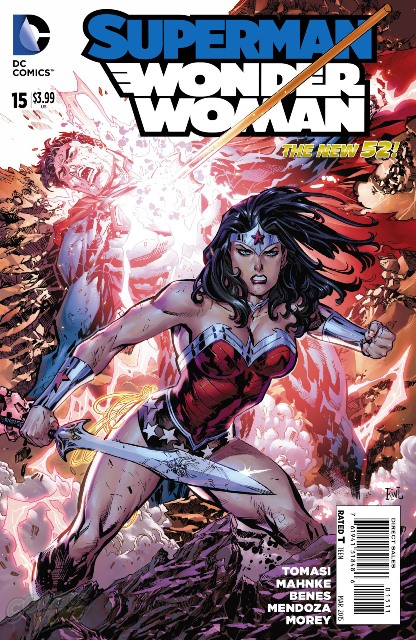 Wonderstar’s destiny is starting to become clear – and his path may lead to the end of humanity! Will Superman and Wonder Woman be able to prevent him from becoming what – or who – he’s meant to be?

Picked because: Sometimes you just want a good action comic with two of the most well-known superheroes on the planet. That’s where this book comes in for me. Tomasi has taken the book in a slightly different direction from what Charles Soule had started with, but it’s been a lot of fun so far. We’ve seen Superman and Wonder Woman attempting to guide a young “superhero” without realizing that he’s actually a planted bomb in their midst. Well, last issue he sort of went off and revealed himself to be Magog, the big bad from Mark Waid and Alex Ross’ Kingdom Come story. He’s obviously a new incarnation of the character and he may not even be aware that he is a villain yet as it looks like he and the two title heroes are being manipulated behind the scenes. That’s something Tomasi has always been good at: building tension and obscuring the real threat to be revealed later. He and Manke have made for a great team before, too, and this book is continuing that in grand fashion. This is a big superheroics title, so there’s not a ton of groundbreaking stuff here. But there doesn’t have to be. It’s showing us why Superman and Wonder Woman make such a good team and even giving us a glimpse into why they care so much for each other. Their relationship may have an expiration date, but seeing them work so closely together and the mutual respect they have for one another has been great up to this point. 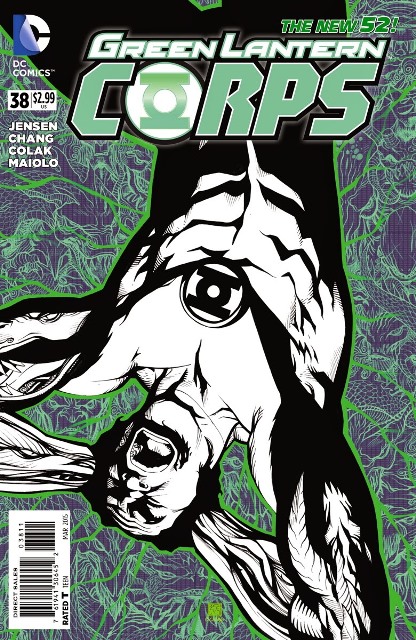 The devastated Corps returns to a universe that has grown much different – and much more dangerous – in their absence. John Stewart must lead the weakened Green Lanterns against a truly demonic threat’s expanding its dark reach across the cosmos.

Picked because: What’s the best way to follow up a massive crossover event? Slow things down a bit. Hal is on leave as of Green Lantern #38 and somebody needs to lead the Corps. John Stewart is kind of the obvious choice and frankly should have been all along. But that’s another soapbox. This issue is going to be about a culmination of events. The rookie GLs we’ve been following since Van Jensen came on as this series’ writer are finally graduating from training. Hopefully we also get to see some more from a restored Saint Walker and hints to the future of the Blue Lanterns, as well. The sad news is that this series will be ending in March so this is the final story arc. But, it’s definitely going to celebrate the Corps in some of the best ways since Jensen and Chang have given us so many great issues of this title up to now. GLC is easily my favorite of the Lantern titles and I hate to see it go. But, with everything that’s happened and new directions coming in for so many DC titles after Convergence, it was time to reevaluate everything. John Stewart getting one more big hero moment will be a nice note to end on. 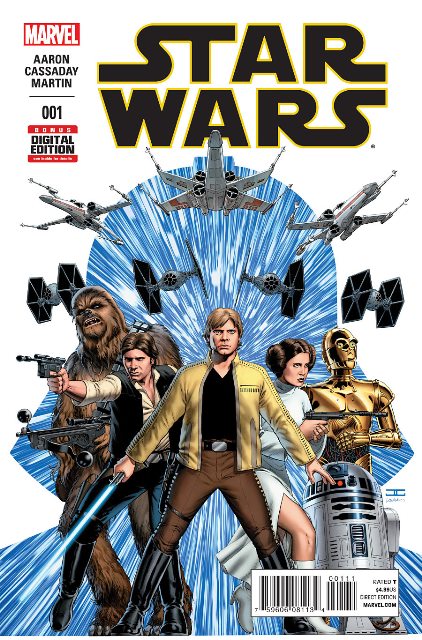 THE GREATEST SPACE ADVENTURE OF ALL TIME RETURNS TO MARVEL!

Luke Skywalker and the ragtag band of rebels fighting against the Galactic Empire are fresh off their biggest victory yet—the destruction of the massive battle station known as the Death Star. But the Empire’s not toppled yet! Join Luke along with Princess Leia, smugglers Han Solo and Chewbacca, droids C-3PO and R2-D2 and the rest of the Rebel Alliance as they strike out for freedom against the evil forces of Darth Vader and his master, the Emperor. Written by Jason Aaron (Original Sin, Thor: God of Thunder) and with art by John Cassaday (Astonishing X-Men, Uncanny Avengers), this is the Star Wars saga as only Marvel Comics could make it!

Picked because: It’s finally time, Star Wars has returned to Marvel Comics! Now don’t get me wrong, I’m going to miss that Brian Wood-penned series from Dark Horse, too. But the prospect of Star Wars being written by Jason Aaron is just too good to ignore. And Marvel obviously felt the same way, otherwise they might not have shelled out the money for over 100 variant covers. Still, this looks like a lot of fun already, and just from the preview pages it feels like we’re jumping right back into the world of Star Wars we all remember and love. Not a trace of the prequels in sight, it’s the Han, Luke and Leia show. This takes place between Episodes IV and V, so it’s basically overwriting what Wood did on his Star Wars series. The difference being that this will be officially accepted Star Wars continuity with the films since Disney owns all of it now. Luckily, with some great talent on this title, it also stands to be a lot of fun, too. That’s all any of us can hope for, really. As long as it stays fun and interesting, the readers will keep coming back. Oh, and when the price drops by a $1 it’ll be even more attractive. Next month. 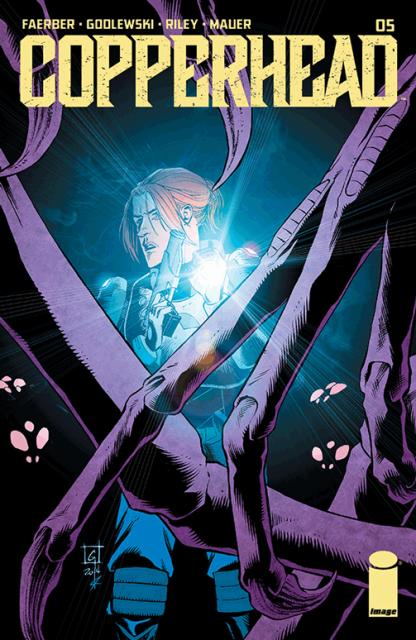 There are no easy answers for Sheriff Clara Bronson in the conclusion of our first story arc!

Picked because: This started out as a great sci-fi western series and has quickly become a fun mystery story, too. This first story arc has been quite impressive, as should be expected of most new Image series. Clara Bronson is a fantastic lead character and Jay Faerber’s writing is always on-point. But what really sells this one is the expressive, not-too-serious art style of Scott Godlewski. The subject matter can be dark in tone, but his art elevates it to being bright and easy to follow rather than shrouded in darkness and too murky to be enjoyable. This issue closes out the first arc of the title and I’m looking forward to the next, too. There aren’t many good sci-fi/western titles running right now, so if that happens to be something that interests you (looking at you Firefly fans), then this is the book you should be reading monthly. That first trade collection should be out pretty soon.