As the new year begins, it’s time to look forward to the potentially bright future. Last year was one amazing year in comics and 2014 stands on the cusp of surpassing it. But what kind of things should we be looking for out of the major publishers? Russell has a few ideas to add to some big things we already know about. The New Hotness Special Edition will explore the major comic book companies 2014 solicitations so far and speculate what it means for the rest of the year. Read Part 1 here and Part 2 here. Next up, a double feature starting with…

This one’s a lot more unpredictable, which is why it’s fun! Walking Dead is probably going to continue being the top-selling book for the company and will be as long as the TV show is popular. I mean, it won’t even be close with the other books, even ones written by Walking Dead scribe, Robert Kirkman. And he’s got other really good titles running right now.

Speaking of which, Kirkman’s Invincible is undergoing a pretty big change. Instead of rebooting the series as many other major titles have recently, Kirkman is treating April’s issue #111 as being like “three number ones in one issue.” All past continuity is clearly in play, and the cover shows that some major things have certainly changed. Suffice it to say, a major shakeup to the status quo is happening and if you’ve never read the title before, this is probably the best place to start without feeling incredibly lost. 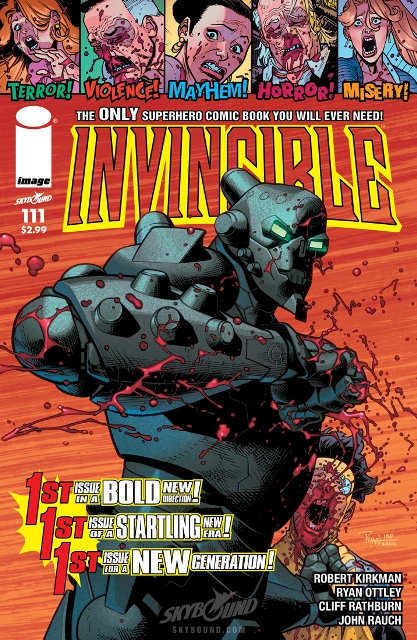 Image is also attempting something that, until recently, seemed like impossibility: crossing over Chew and Revival. While the event is more of a “what if” than being in continuity with either series, it’s still a crazy idea that writers John Layman and Tim Seely have jumped into all the way. If you haven’t tried out either series yet, this might be a good time to give it a shot. Chew is definitely for those who like over-the-top concepts and borderline gross-out humor where Revival is perfectly described as a “gothic rural noir” that’s equal parts Walking Dead and Stephen King. Not exactly the most naturally fitting puzzle pieces, but both series are critically acclaimed for a reason and this should be fun to watch. 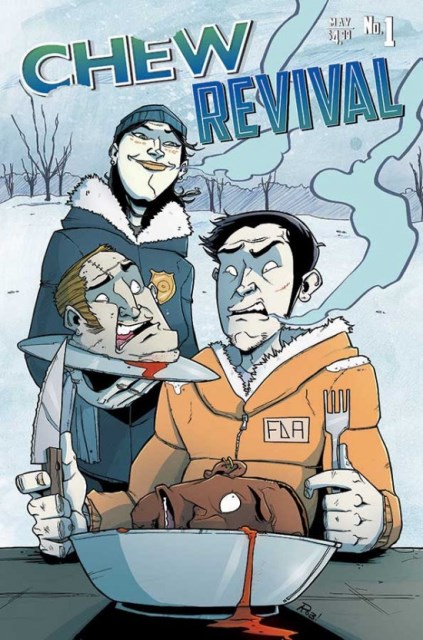 Image has truly become the haven for major creators to showcase their ideas with limited or no interference from editorial. That looks to continue this year with even more creator-owned works coming from some of the biggest names in the industry. Books like Sovereign by Chris Roberson and Starlight from Mark Millar look to be some of the most interesting all-new entries into this year’s indie books.

Starlight is going to be especially good for those who love Flash Gordon and Star Wars. Millar has indicated that this story will tie into his larger Millarworld continuity, but for a while will stand on its own and serve as an entry point to the larger universe. And unlike many of Millar’s other recent works (see Kick-Ass) this one is aiming to be friendlier to a younger audience, but it still won’t be quite an all-ages book. He’s described the lead character as being like Flash Gordon in his retirement years, but crossed with Han Solo. Sounds like it could be a blast!

But, probably the biggest surprise announcement from the Image Expo was Scott Snyder’s and Jock’s brand new horror title, Wytches. Snyder is no stranger to the horror genre. His American Vampire is as popular as it is terrifying and his previous limited series, Severed, was a true American gothic horror delight. With Wytches, he said his goal is make the book “the blackest, most twisted horror that I’ve ever done. I want it to be the book I feel terrible about at my kids’ soccer game. I want this book to be like; you read it and say, ‘They let this guy write Superman?’” If you’re looking for a story that’s likely to keep you awake at night, this one should do the trick, especially coming from one of the freshest voices in horror writing and all of comics, for that matter. But what’s likely to really sell this one as deeply disturbing is the art from Jock. Anyone who’s seen his superhero work knows he has a penchant for the gritty realism but still manages to capture the fantastic better than most of his peers. If the cover is any indication of what we’re in for, this one might just set the horror bar up a few notches higher. 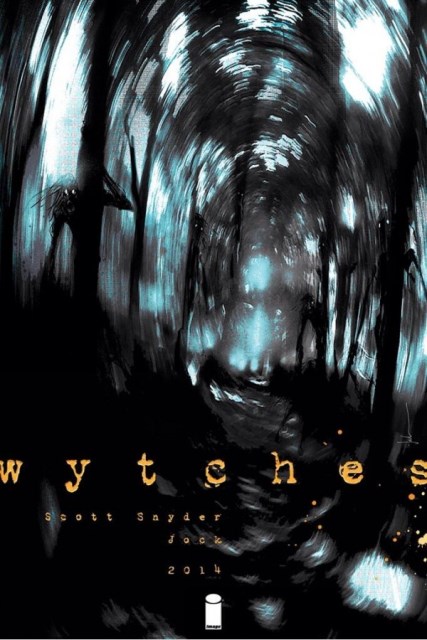 Snyder has made quite an impression on the comics world and has been bringing in friends and protégés along the way. One of those friends, Kyle Higgins, is launching a new ongoing series called C.O.W.L. set in 1960s Chicago. It’s about a labor union of superheroes working together to regain the confidence of the public and ferret out threats inside and outside their offices. Having a story about a public losing trust and faith in superheroes and those same heroes struggling to find purpose harkens back to Alan Moore’s classic Watchmen, but this looks to be different from that in many ways. One is that, now that the team is unionized, the mob gets in the business of creating super-powered criminals. Most of these ideas stem from a short film Higgins co-wrote and directed called The League and some unrealized story ideas he started fleshing out in DC’s Nightwing before being told that series would not continue long enough to fit them in. At least now he’ll get the chance to tell the story he wanted to all along. 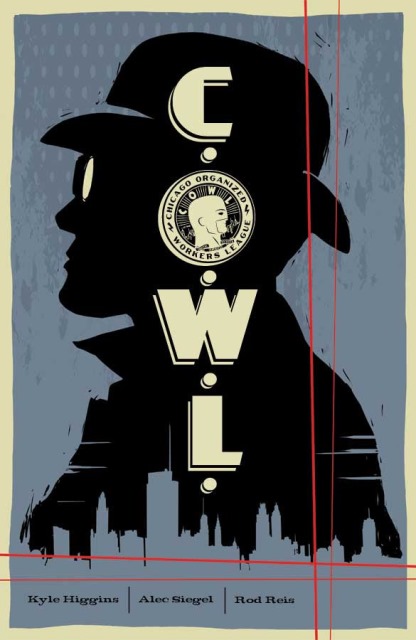 But it’s not just the DC Comics big guns making waves at Image, Marvel heavy-hitter Jason Aaron is bringing his newest creation to the publisher. Southern Bastards is, as Aaron describes, a dark version of The Dukes of Hazard if it had a Coen brothers flavor. From the early previews, it has a kind of Godfather feel to it, too, if the Family were to be deep-South rednecks in lieu of Italian. Jason Latour is on art duties and he’s bringing a fittingly dingy esthetic to the story that is sure to have its share of hard-hitting violence. The setting being in fictional Craw County of Aaron’s native Alabama lends itself to Latour’s strengths, too. What makes this a must-buy for April is that it’s also a very personal story for Aaron, who describes it as his “love letter/hate rant to the South.” These kinds of stories always have a sense of realism to them when they come from personal experiences. 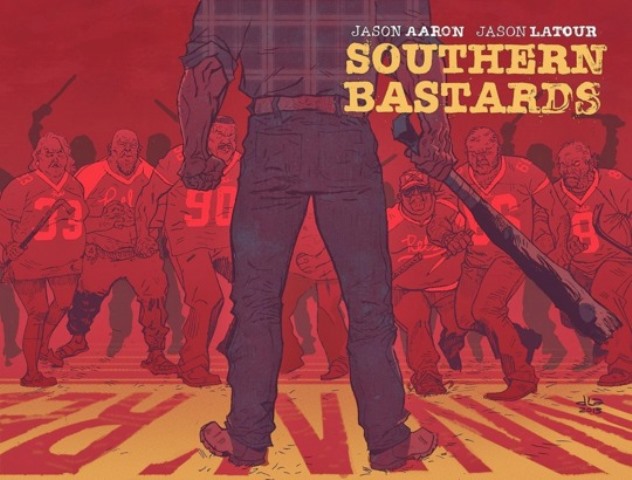 During 2013 we also got a slew of new series you shouldn’t miss. Jonathan Hickman’s East of West, a great fantasy western if ever there was one and Ed Brubaker’s Lazarus, a post-apocalyptic sci-fi espionage actioner, will both leave you breathless. If you didn’t check them out when they began, do yourself a favor and pick up the trades asap! While you’re at it, make sure you’ve picked up the first two volumes of Brian K. Vaughn’s brilliant Saga. If you’re a fan of Game of Thrones and/or Star Wars, you’ll fall in love with that series immediately.

This is probably the best comeback story in comics for a long time. It’s almost unheard of for a publisher to produce nothing but quality work, but Valiant is succeeding on all fronts. And what’s great for fans is that there’s, literally, something for everyone in the line.

In 2014, Valiant is attempting something interesting by releasing 10 new #1’s. The initiative is being called Valiant First and is going to serve as a perfect entry point for those who’ve been curious to find out what all this is about.

The biggest one of these is probably Rai, a one-time Valiant staple that’s been M.I.A. since Valiant relaunched its line. This May, it’s getting a brand new #1 from superstar scribe, Matt Kindt. Kindt already turned Unity into a massive hit for Valiant, but that was a team book. Rai is Japan’s protector in the year 4001, so this one won’t likely tie in very much with the rest of the Valiant Universe. Though that’s not to say it never will. Its history will certainly be informed by what’s come before, but the point of this one is to give new readers a fresh entry point to Valiant. From the preview pages, if futuristic martial arts action is your thing, don’t miss this one! 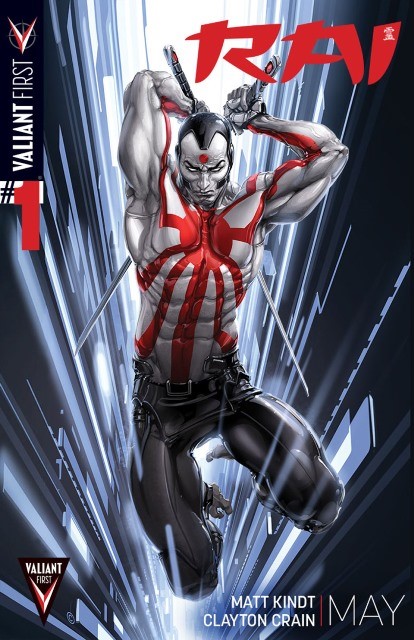 Those who’ve been following XO-Manowar have been waiting for the return of the Armor Hunters and that wait is finally over. This will be the biggest crossover event Valiant has attempted yet. As the mysterious alien group comes to Earth in an effort to wipe out the XO armor, it’s going to come into conflict with other Valiant characters including those in Harbinger and Bloodshot. Of course, this will be an XO-Manowar event, but it’s also getting its own miniseries to go along with it. This will be Valiant’s big summer event and will likely be as good or better than anything Marvel or DC is likely to publish at the same time.

As Valiant attempts to keep the number of titles it’s publishing to a reasonable number, some books are coming to an end while others are combining to make new books. Bloodshot and H.A.R.D. Corps is ending as the Armor Hunters crossover begins and Archer & Armstrong and Quantum & Woody are becoming one, hilarious team when The Delinquents launches in August. The writers of both titles, Fred Van Lente and James Asmus are joined by Kano on art duties for what is definitely going to be one of the funniest and most action-packed titles of 2014. 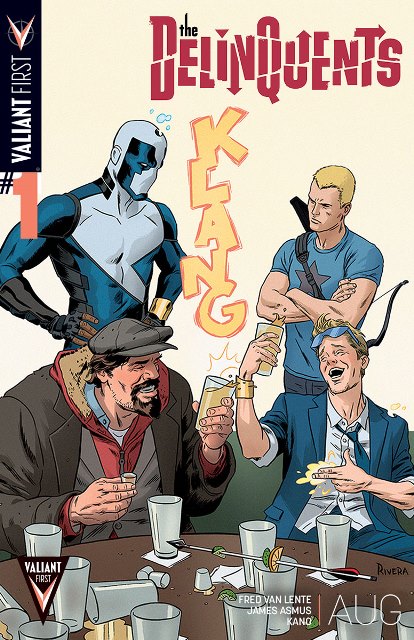 The Death-Defying Dr. Mirage is the other classic Valiant stalwart making her way back into the fold this year. Shadowman has had a monopoly over the supernatural side of Valiant’s line, but this title will certainly change that. The classic story of love cut short by tragedy is a familiar one, but this one already seems to be taking on a tone similar to that of Neil Gaiman’s Sandman. This will certainly be the place for writer Jen Van Meter and artist Roberto de la Torre to explore some interesting concepts that might not otherwise fit with the other Valiant characters. 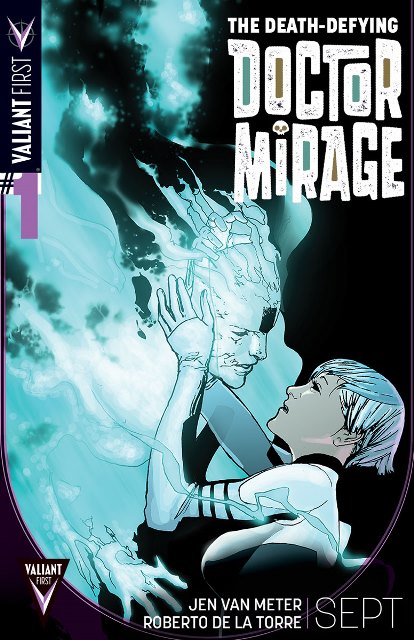 While Valiant First will be a perfect opportunity for many to try out the line, going back and picking up the first few trade collections of XO-Manowar and Harbinger would be a great idea. All of the books in Valiant’s line are quality, so it really just comes down to what your taste is as there’s something for everyone to enjoy. And, best of all, there’s not so many books to keep up with that the continuity feels unwieldy.