One thing we at Place to Be Nation like to celebrate is the subjectivity inherent in entertainment — be it in wrestling, comics, music, television or, indeed, film. With that in mind, ten members of the PTBN staff will be picking the movies of the PTB generation.  In this series, panel members will collect their five favorite films of each year, beginning with the year in which the oldest writer was born — 1976. The only rule given to each contributor was to provide his or her own criteria. Some writers may go with the most artistic films, while others might side with the most iconic blockbusters. We welcome your lists on Facebook and Twitter. Each staff member has submitted a list of five movies from 1976 ranked 1 through 5. A first-place vote is worth five points, a second-place vote worth four points, and so on. Using that point system, we have identified the top 5 movies of 1976.

Here we are — the first year of our little movie project — 1976. It was a year that has several strong contenders for the top spot. But before we reveal the top 5, let’s see the movies that received votes, but fell short of making our final list.

Master of the Flying Guillotine — 1 point 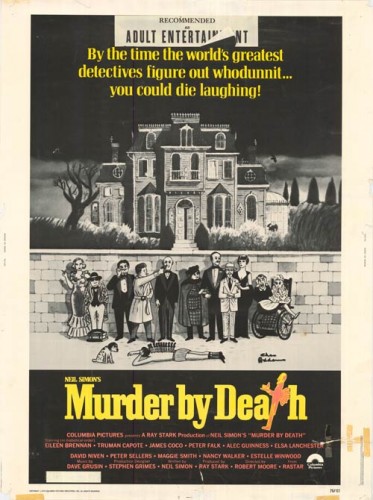 Kati Price: Murder by Death is the ultimate crime drama parody. In this murder-mystery/comedy, some of the best writers are put to the test of solving “Who dunnit?” With big names like Alec Guinness, Peter Falk and Truman Capote, you really can’t go wrong. There are so many twists along the way that will keep you guessing up to the final minute. But don’t forget that this is a comedy, so be ready to laugh your butt off!

Murder by Death is a timeless classic and has rightfully earned its place at number 5 in our countdown for the year 1976. If you have not seen this movie, it is a must see that you will not regret! 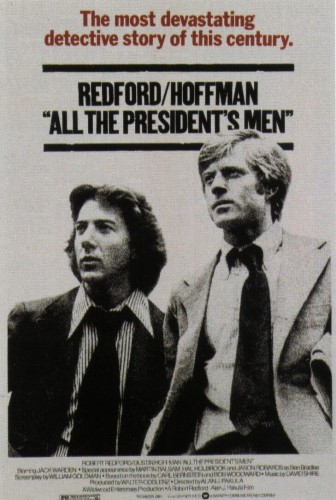 4. All the President’s Men

15 points, ranked by 3 of 10 voters, highest ranked by Russell Sellers, Andrew Riche and Andrew Woltman at No. 1

Russell Sellers: Knowing how a movie ends before it starts can be a real turnoff, until it turns out to be as powerful as this classic.

Everybody knows the story of Richard Nixon’s fall from grace due to the Watergate scandal, but it took this dramatic account of the reporters who broke the story to illustrate how it all came to be.

This film, especially for journalism professionals, is essential viewing. The performances from Dustin Hoffman and Robert Redford as Carl Bernstein and Bob Woodward respectively, are as iconic as it gets. Seeing how each influences the other and their ever-idealistic search for the truth makes this one of those movies you never forget.

It’s not just the crusade for truth that makes it great, it’s the characters at the heart of it. Director Alan J. Pakula does a fantastic job of getting those believable performances to come out of every cast member. Hoffman and Redford aside, Jason Robards will simultaneously make you hate Washing Post executive editor Ben Bradlee while also agreeing with just about every word he says. But the biggest standout of them all had to be Jack Warden as WP local news editor Harry Rosenfeld. He’s the kind of editor we all want to work for, going to bat for his reporters and backing them up when the powers that be want to kill a potentially groundbreaking story out of fear.

But it’s not all just performances; it’s also the tension-building from the secret meetings between Woodward and the informant “Deep Throat” to the visits to Nixon reelection campaigners and potential FBI stalkers that take this to another level. It’s one of those rare films that makes you feel like part of the story and leaves you with a sense of pride at the end. The truth is at the heart of this great classic and the truth is everyone should watch it at least once.

17 points, ranked by 5 of 10 voters, highest ranked by Anthony Estrada, Aaron George and Andrew Riche at No. 2

Andrew Riche: It is no secret that 1976 is collectively one of the greatest cinematic years of all-time, but for me, the manically accurate Network trumps them all. Paddy Chayefsky penned his masterpiece with a script depicting the travails of a television news station that becomes a ratings sensation at the expense of moral and societal collapse. You could see Chayefsky’s seething hatred of our loss of values as Howard Beale hollers in iconic fashion, “I’m as mad as hell as I am not going to take this anymore.” Directed with scary precision by Sidney Lumet, an actor’s director, the film won three of the four acting Oscars, including Peter Finch posthumously for his portrayal of Beale. What is even more frightening about this film was how damn right it was about cultural trends through the mass media, and how lowly we have stooped. The movie is a classic, but the message is louder than ever before. 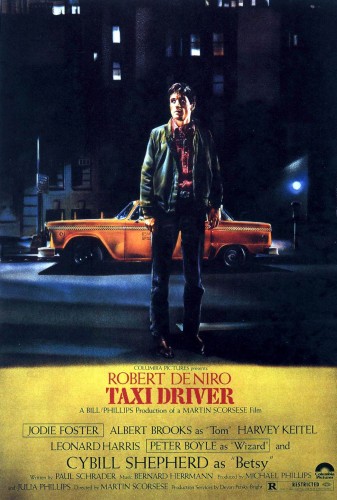 Steve Wille: The best compliment that I can give the 1976 Best Picture Nominee Taxi Driver is that it was truly a transformative movie for me. A college acquaintance took me to a screening for his film class during my freshman year. I had, of course, seen many movies before this, but never had I witnessed a movie with such a psychotic anti-hero, Robert De Niro’s Travis Bickle, as the main character. Signed after the producers saw his earlier movie Mean Streets, director Martin Scorsese perfectly captured the dark, seedy sides of ‘70s New York City that Bickle frequented. The movie’s cast featured a who’s who of current and future stars, including Harvey Keitel, Cybill Shepherd, and, perhaps most infamously, a pre-teen Jodie Foster as a young prostitute that Bickle attempts to save.

After viewing this film and Kubrick’s 2001: A Space Odyssey, I began to see movies in a different light, not just a two-hour means for escapism, but as pieces of art and commentary on social issues. When collectors’ edition DVDs started to appear in the late ‘90s, I made the 20th anniversary edition one of my first DVD purchases. 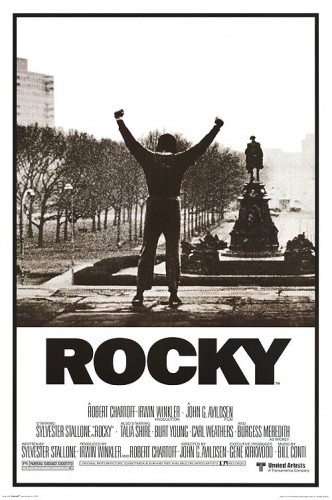 33 points, ranked by 8 of 10 voters, highest ranked by Nick Duke, Anthony Estrada, Aaron George and Greg Phillips at No. 1

Greg Phillips: So much can be said about the greatness of Sylvester Stallone’s crowning achievement, but I’m going to focus on what I consider its greatest strength: the single best script for any film I’ve seen. I’m sure that statement will draw the ire of many, but in my view there’s never been a fictional film that captured real people in a more organic, believable way than “Rocky.” People from the streets talk like people from the streets.

Stallone’s Rocky Balboa struggles to piece sentences together, many of the stories he tells ramble on with no direction, and some of his words are barely understandable. That is precisely why this film works and why these characters are so beloved. I can certainly relate better to someone who talks like Rocky than to the wordsmiths that occupy more “polished” scripts. Rocky captures that for which all art strives: pure human emotion.