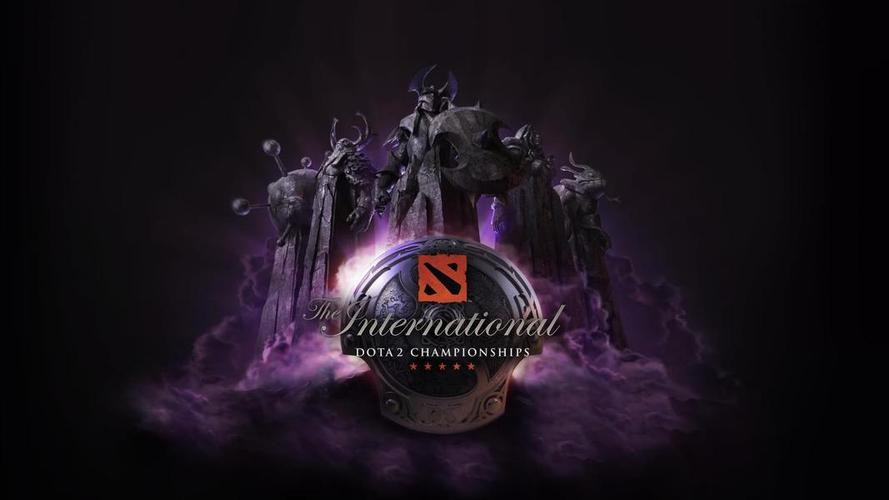 In case you have not read my previous post, let me just say that DotA is  SERIOUS BUSINESS.

While it is true that Valve retained the concept of stretch goals to increase the prize pool, I believe that not even they had anticipated how relentlessly gamers would say SHUT UP AND TAKE MY MONEY.Valve added new, but lackluster stretch goals and expanded the prize pool. As of this writing, we are twenty-six days away from the Grand Finals and the current pool sits at almost TEN. MILLION. DOLLARS. For first place, that’s one million dollars per member on a five-man team! Hell, for second place, a team can split $2.5 million, which is more than the prize for first place in 2013 (see graphics above)!

Meanwhile, valve is pocketing at least $30 in one month, and they didn’t even release a new game. They just capitalized on an already existing video game culture. How DotA 2 has evolved under Valve’s guidance is certainly no surprise to me. It was only a matter of time until people traded in their wooden computers and logged off their MACs to play DotA 2, leaving WCIII DotA to die. There was once a time when I proclaimed the purging from atop the mountains, and many stubborn DotA players rolled their eyes. Ha.

I began my DotA “career” around 2003. These days, I mourn the real-time strategy (RTS) genre—my favorite—as  it has become all but extinct in the present gaming world because it is my favorite genre. So of course I purchased WarCraft III: Reign of Chaos on DAY. ONE. of its release, because in the days, pre-Activision Blizzard was the company that could do no wrong, having previously cruised on the consecutive successes of WarCraft: Orcs and Humans, WarCraft II: Tides of Darkness and its expansion Beyond the Dark Portal, StarCraft and SC: Brood War (Diablo II and Lord of Destruction count, but DII is not a RTS). However, the total combined playtime of all of these games (and competitor’s RTS games like Age of Empires, Homeworld, Command & Conquer, etc.) only make up a fraction of how much I have played Defense of the Ancients, now simply known as “DOTA.”

I’m not even talking about DotA 2 yet. Just DotA.

Like with StarCraft, WCIII offered a considerable number of custom maps available for multiplayer mayhem. DotA and WC III: The Frozen Throne fans alike may remember Pudge Wars, TAK Paintball, Elite Snipers, and Footman Frenzy and their various remixes, but none of them stood out like Defense of the Ancients.  See, DotA was simply one custom map in 100. Nobody anticipated that DotA would spawn its own genre. Nobody knew that map creators like Steve “Guinsoo’ Feak would go on to develop a full blown game based on the formula Erik “Eul” Johnson had refined, and that IceFrog had inherited and perfected. Nobody knew that other companies would try their hand at recreating, recapturing, the magic that is DotA.

DotA in its most primitive state was derived from a StarCraft custom map called Aeon of Strife, though the only SC custom map that I think anyone remembers in  is Big Game Hunters (BGH). That said, I gravitated toward DotA, because it provided me with precisely what I was looking for: a way to play with the heroes of WarCraftlore without having to manage an army and an economy. In fact, I hold fast to the position that the majority of WCIII-era DotA players began playing DotA because we sucked at TFT. The difficulty ceiling of multiplayer RTS games has always been high with build orders and scouting and expanding and assaulting and defending and counter striking and so on, but  WC: ROC/TFT added hero units that needed to gain levels in order to more effectively lead armies. Picking the right first hero (which is still a crucial strategic move even in DotA) and leveling it faster than your opponent could level theirs was too much for me and many others to handle. So we looked for other ways to play with cool heroes and DotA was the answer.

We DotA players did not even  suspect what we were getting into. Ain’t no way we could have. Comparatively, most mods would last ten, maybe fifteen minutes. A DotA match can be as short as fifteen minutes in an absolute 5-man stack-n-stomp and last over an hour in a farm fest. Like any quality games with characteristics of a RTS, DotA tricks people into thinking that it  is simply another version of tower defense when it is actually an  interactive chess match with almost too many pieces. The game’s ultimate objective—originally, to destroy the enemy’s “throne,” named after The Frozen Throne throne on scourge side despite the World Tree on Sentinel side—is cleverly shrouded among all the other elements of the game, from hero (counter picking) to solo, off, dual, trilaning, jungling babysitting, last-hitting or denying during the lane phase to (counter)warding, ganking, juking, initiating and farming throughout the match. Of course, the most insidious component of the game is pwning enemy heroes. After all, while killing heroes facilitates progress toward the ultimate goal, the less experienced, less talented, and dense players tend to  focus more on their kill-death-ratios (KDR) rather than the enemy’s or their own RAX.

When I would lose a game back in the early days of DotA, I didn’t think too much of it. I had yet to be inculcated into “DotA Culture” because such a thing didn’t really exist for the first few years.  Again, DotA was simply a mod that few really took seriously even though it would continue to evolve. There are way too many heroes, items, and features to name that have been added or changed since the early years, such as the item formulae for Lothar’s Edge [Shadow Blade] or Necrobook, but can you imagine DotA without a (flying) courier, runes, bottles, (magic) wands, dust, bloodstone, orchid, urn, Priestess of the Moon (Mirana), Tauren Chieftain (Elder Titan), Gyrocopter, Slark the Murloc Nightcrawler, Kunkka, Batrider, Nerubian (Nyx) Assassin, Goblin Tinker and Shredder, Alchemist, or Dazzle? Could you imagine Drow’s ult being a passive instant creep kill mechanic or Naix’s (Lifesteeler) only activated ability being a 10-15 second BKB or Invoker having 30+ spells? Yeah, DotA has and will continue to change.

Speaking of Drow Ranger, I spend a ridiculous number of games playing exclusively with her from 2003 until mid-2004 when the WC: TFT version of DotA: All Stars replaced the WC: ROC version. That hero is my bread-and-butter, from when I’m being a tryhard to when I do not give a care whether or not I win or lose. I do not regret playing just one hero for such an extended amount of time, because I became familiar enough with my hero’s strengths and weaknesses such that the growing pains of encounters with or against new heroes were minimized.  Certainly, complete familiarity with a variety of heroes requires actually playing them rather than simply watching others or being on the wrong end of an exploit or imba skill, but I’m not that innovative, so in the first “half” of my career as a DotA player, I learned much passively. After all, playing as a glass cannon midgame carry who lacks an escape taught me plenty of lessons on spacing, map awareness, and the critical balance between farming and pushing as Drow gets outcarried late game by almost everyone, hence her being a “midgame” carry.

Another vitally important reason for mastering just a handful of heroes like Drow, Bloodseeker, Lich, Lycan, and Bane (carry, gank/carry, support/teamfighter, support/disabler, carry/pusher) is that doing so protected me from much of the flaming that goes on in DotA culture.

Let me say this. The trash talk in DotA culture is distinguished from any other multiplayer community that you have ever seen, for DotA games were where Satan himself would acquire his source material for rampant sexist, racist, and homophobic slurs. A game of DotA is perhaps the most toxic miasma of hate that I have ever been exposed to, and I have photos to prove that I once attended a Westboro Baptist Church (anti) protest here in East Lansing. Unfortunately, Blizzard didn’t give two mouse pellets of crap about what happened in a DotA match because the multiplayer games in TFT was the company’s focus, and DotA was killing TFT like BGH killed vanilla StarCraft (here in the states; meanwhile in Korea, SC is a national pastime and perhaps a religion). Words cannot express how relieved I was when Valve created a report system in DotA 2 that would ban incorrigible individuals. I actually quit uploading photos of “An Action was taken against someone you reported” because I have felled many who simply need to grow up. I even survived a phase when practically everyone had been muted at least once because of how Valve’s integration of a flawed moderation methodology. The decorum in DotA 2 is substantially improved over WIII DotA to the point where if someone is offended in a DotA 2 game, I can rarely muster the empathy to feel sorry for them. If you’ve never played DotA and went straight to DotA 2, you have been spared the trauma of DotA Culture Growing Pains.

From my marriage in May 2005 until about 2008-2009, I would take time off from DotA, only signing on to play a game or two to keep myself updated on the changes (of course every time something had indeed). During this interval, a few leagues had gained notoriety, such as Clan TDA (a.k.a.Team DotA Allstars), which formed not only to elevate the competitive nature of the DotA by establishing criteria (often ELO) for being considered “good” for participating with other skilled players, but also to maintain an evolving shitlist (apologies, but that’s what it was actually called) of clowns and trolls ruining games and track them by usernames and ip addresses so that they could be banned from participating in the league.

Not to contradict myself from what I wrote above, but all gamers know that flaming is somewhat tolerable and ubiquitous in online gaming. However, there is no love for knuckleheads ruining DotA games by leaving them prematurely or dying on purpose to enemy heroes (feeding). Remember, these games last 15-60 minutes, so imagine having to deal with a boneheaded teammate (or worse, opponent, or worse than that, disgraceful winning opponent) for that long!

You can read a longer version of DotA history with an emphasis on competitive play here. I’m more focused on the perspective of a pub (“public” or “pick-up” gamer). Still, it was through the initial organization of leagues that Clan TDA trailblazed which eventually led to other players hosting games via bots linked to banlist databases to clean up the riffraff in their games as much as possible. It was an imperfect system, but it was better than nothing, and a testament to how the game of DotA has evolved alongside with the community that plays it.

I would end up taking another break, and by the time I returned, public leagues come and gone. It is during this last era when I discovered that I was a fool for thinking that I knew DotA.