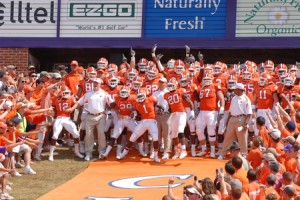 The ACC Atlantic division is a fascinating two horse race and then seeing where everyone else falls in line.  Clemson especially this year has big BCS hopes and Florida State looks to at least still be competitive.  Clemson is poised for a super season but only time will tell whether they can deliver and whether any other upstarts in the division will be surprises.  Here is how I see the 2013 Atlantic Division playing out. 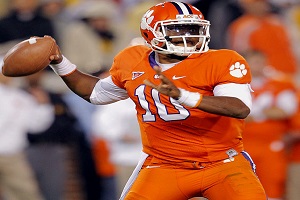 Player to Watch: QB Tajh Boyd. All eyes will be on Boyd to see if he can replicate his incredible numbers from last season.  Boyd has shown improvement over each of his years leaving many Clemson fans wondering what his ceiling as a player actually is.  If he is able to at least maintain last year’s production and minimize his mistakes while keeping his playmaking ability, Clemson will be one of the top teams in the country.

Will This Team Be Better or Worse Than Last Year? 11-2 was a great year for Clemson and only the fourth time in history they have reached 11 wins.  However, there Achilles heel was in huge games.  They lost fairly handily to South Carolina at home and got into an offensive onslaught vs. Florida State that they couldn’t keep up with.  They hopefully eradicated some demons in their comeback bowl win vs. LSU but this year schedule gives them no relief as they start the season vs. Georgia.  Clemson will have to learn how to win the big game and I think the combination of them winning the Peach Bowl, there two most important games of the season being at home and Boyd leading the team will result in Clemson winning the ACC Championship and getting to a coveted BCS bowl.

Final Thoughts: I know it seems crazy to say this but I believe in this Clemson team and think they have all the ingredients to be a top contender on the National scene.  They have a potent QB/WR duo and return most of their starters on offense.  The defense on paper only has six returning starters from a year ago but Clemson uses a lot of rotation so these guys have been battle tested.  In Clemson ever wanted to make a National Title seen charge, the time is now. 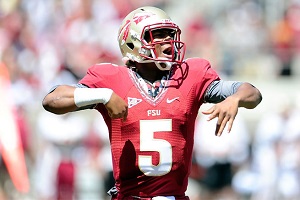 Player to Watch: QB Jameis Winston.  The E J Manuel era has come and gone and while it was mixed with some varied results throughout the first few seasons, everything mostly came together for an impressive 2012 campaign where he led the Seminoles to an Orange Bowl victory.  One of my favorite themes in college sports is replacing a legend within a school.  Manuel is not an “all-timer” at FSU but has built up a good reputation.  Winston was extremely hyped coming out of high school and after red shirting last year will be asked to lead the charge with high expectations mounted upon him.

Will This Team Be Better or Worse Than Last Year? Last year was a big year for FSU overall at restoring reputation in Jimbo Fisher and the overall program.  While most of the other skill positions are returning they are looking from leadership from a redshirt freshman.  It is not unprecedented for a freshman to lead a team to a championship (Bernie Kosar) but I feel there are too many contenders nationally and even in the same division as FSU for them to not slip up at least twice during the season.

Final Thoughts: Things are looking strong overall. They had another huge recruiting class (#10 with Rivals) and are under the leadership of Winston for the foreseeable future.  The good news is that the transition shouldn’t be as rough as most team expirence and this “re-build” year could result in as many as 11 wins for the Seminoles. 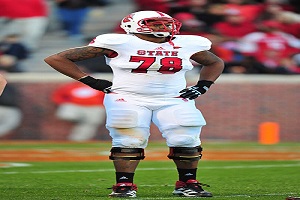 Player to Watch: RB Rob Crisp. This former five star recruit needs to prove himself and due to injuries and some transfers, he has a perfect opportunity to break out.  NC State will also have a quarterback starting without any former experience.  The offensive line will be vastly inexperienced as well but Crisp needs to show the running ability he executed in high school.

Will This Team Be Better or Worse Than Last Year? NC State had a winning record last year but had a bitter loss to Vanderbilt in the finale.  This got former coach Tom O’Brien fired.  Now, MAC darling Dave Doeren has taken over the program.  He has some talent to work with including Brandon Mitchell (transfer from Arkansas).  However, as of press time he still had not named a starting QB for the season which makes most Wolfpack fan nervous.  I don’t see NC State competing for a division title, but with their talent, there is no reason they can have a winning record.

Final Thoughts:  NC State may be the most average team in the nation.  Last year they ranked almost dead center on many offensive and defensive stats.  Dave Doeren has been brought in to change the mindset and make NC State a contender.  They usually are able to put it together once each year and have a big upset, they just need to maintain that level of playing ability.  It is unlikely that NC State will be able to do that in Doeren’s first year and I think anything over .500 would be an accomplishment. 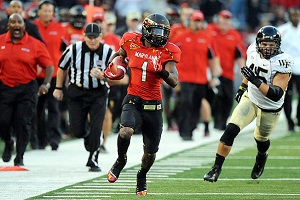 Player to Watch: WR Stefon Diggs. 54 catches and nearly 900 yards made Diggs one of the surprise ACC players last year and he looks to continue that production with a consistent running back.  Diggs is one player you don’t want to miss if Maryland’s offense is on your television screen.

Will This Team Be Better or Worse Than Last Year? Maryland started strong last year at 4-2.  Then the injury bug began to bit and after playing two close games they got blown out in their next four games before salvaging a three point loss to North Carolina in the finale.  It is unlikely that any team in the NCAA suffered as many injuries.  A Tight End was going to see some QB time for crying out loud.  If they can stay healthier ( a near guarantee), there is no reason that Randy Edsall can lead the Terps to a better 2013 campaign.

Final Thoughts:  Maryland should see improvement from last year, but I am not sure I would call them a contender in the division just yet or a real threat to the upper echelon.  I see them remaining competitive and could see them competing for the #3 slot but overall I like NC States talent range better.  Stefon Diggs is one of my favorite players to watch in the ACC though. 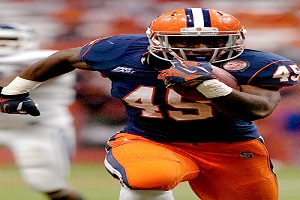 Player to Watch: RB Jerome Smith.  The running back situation for Syracuse is a time share but I like Smith to emerge as the go to guy and be a transition player for the new QB Terrell Hunt at Cuse.  The line will have to replace two starters but was one of the more solid lines in college football last year.

Will This Team Be Better or Worse Than Last Year? Syracuse going 8-5 last year felt very quiet.  Now they enter the ACC with a fairly brutal in-conference and out of conference schedule.  They play At Maryland, NC State, and Florida State.  They do have Clemson at home but that game doesn’t look like a win either.  Add in the 1-2 out of conference punch vs. Penn State at Metlife Stadium and at Northwestern and that looks like six losses on the board for Cuse and a step back from last year.

Final Thoughts:  Syracuse entered the ACC for mainly the football revenue but the beginning season may not be a walk in the park for them.  There brutal out of conference with two really competitive games out of the gate doesn’t help their case.  Getting to a bowl should be the goal for this team.

Player to Watch: WR Michael Campanaro.  Any advantage that Wake Forest has over the teams they play is a plus for them.  Campanaro may be a top five ACC WR.  He is a great possession receiver and can move the chains and convert on third downs.  It is unlikely that Wake Forest will be blowing anyone out, so having a person to make a big catch is a huge plus.

Will This Team Be Better or Worse Than Last Year? A lot feels status quo at Wake.  They certainly could go 5-7 again but I think them becoming bowl eligible is unlikely.  They did only miss out on a .500 season by losing a one possession match vs. Duke last year.  This year though I can’t see them upsetting any teams I have predicted above and they also face Miami outside of their division and Vanderbilt who could be fighting for their bowl life in their finale.

Final Thoughts: Wake Forest is a very blah team.  High academic standards and a passé fan base don’t exactly translate to big movement with the program.  I expect the same production from Wake as last year and the result will be the same people shrugging their shoulders and looking ahead at basketball season. 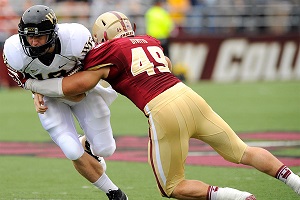 Player to Watch:  LB Steele Divitto. This is the returning tackler from a year ago and will have to improve his tackles for loss production from last year (0.5) in order for Boston College to have any hope of competing in mid-range games.  Boston College has recruited new defensive coordinator Don Brown from UConn to help this struggling group.

Will This Team Be Better or Worse Than Last Year? 2-10 is dreadful for a team that was competing for ACC titles only five years before.  It is tough to imagine a scenario where Boston College is worse.  I would at least hope they can eek out three victories vs. Army, New Mexico State, and Villanova.  They also could create an upset on someone within their division.

Final Thoughts: Boston College is pretty dire team that seems far removed from the days of Matt Ryan.  This looks to be another struggling rebuilding year for the Eagles.