Sixteen years ago this month, the Hell in a Cell concept was launched at Bad Blood 1997. That show delivered an all-time classic war between Shawn Michaels and the Undertaker. Since then, the Cell has been home to some of the most intense and brutal WWE matches in history. As the years passed by, the Cell transitioned from the climactic point of a feud that could occur throughout the year to being a stand-alone PPV on the calendar, where the ongoing hot feuds of the month would make a pit stop.

For the second time this month, WWE has a PPV offering, but this time we have specified gimmick involvement on the show. On a card ripe with a mix of rematches and bouts that seem to be generated out of thin air, there is a great deal of intrigue in the air. With just three PPV outings left before the Road to WrestleMania officially kicks off, we should finally have some questions answered and feuds settled before the big time angles kick into high gear. And speaking of questions, there are a ton of them floating around this PPV offering. Time to run through the card and pick some winners as we go! 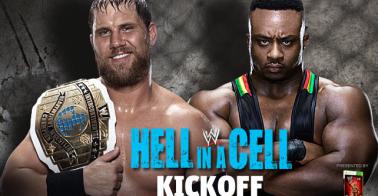 This is a pretty fresh feud that just kicked off about ten days ago when Paul Heyman made some dismissive comments about Langston after he was defeated in a match by CM Punk. Langston got some revenge when he saved Punk from an assault by Axel and Ryback. Punk returned the favor on this week’s Raw, leading to a tag team match that ended when Langston pinned Axel to set up this match. Axel has had a lengthy run with the strap, having won it in June at Payback, but he hasn’t exactly had a stellar reign. I like Big E as a face due to his surprising charisma and connection with the fans. While he seems best suited to be a heel bodyguard, I think he could actually slot in nicely as part of a babyface coalition against both Heyman’s cronies and the McMahon-Helmsley Regime. If it weren’t for Brock Lesnar’s limited dates, I would even say a Lesnar/Langston power war could be a lot of fun too. I will roll the dice on this one and say we finally see the gold taken of Axel’s waist to help get the show off to a hot start and lead to some hope that Heyman’s world will finally crumble in South Beach. JR Prediction: Big E. Langston 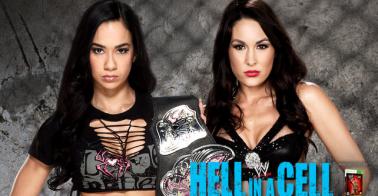 Each month in these previews, I am tempted to pick a Bella Twin to upset AJ as we inch closer and closer to the return of Total Divas to the airwaves. But I feel there is a much bigger end game in place for AJ’s title reign and I also think they know she is the kingpin of this division and should be the top diva for as long as possible. With Brie defeating AJ in a singles match on Smackdown and a tag bout on Raw, the stars seemed aligned for AJ to retain the gold. Perhaps we get the long-awaited Nikki Bella heel turn to set up the next Total Divas storyline. JR Prediction: AJ Lee 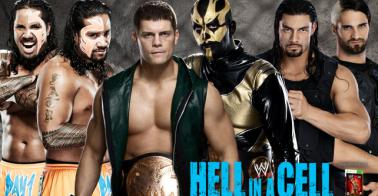 The Rhodes Family (c) vs. The Usos vs. The Shield – WWE Tag Team Championship

It has been quite the wild ride for the Rhodes boys over the last six weeks. The addition of Goldust to the mix has been fantastic, as he is in great shape, can deliver in the ring and is a beloved character. Both their win at Battleground and the title victory on Raw were fantastic moments and have been terrific payoffs to a long, intensive angle. The Shield are still working under the auspices of the COO and they are looking to make right here, attempting to regain the gold that they had a death grip on since the spring. The Usos have been on the periphery of the title situation since July, but can’t seem to get over that hump and win the big one. I don’t see this being their time yet either. I wouldn’t be surprised to see the Shield steal the gold back, but the Rhodes boys are red-hot right now and WWE would be best served to let it sizzle a bit longer. I do think this match has some sleeper potential to be one of the best on the night. JR Prediction: The Rhodes Family 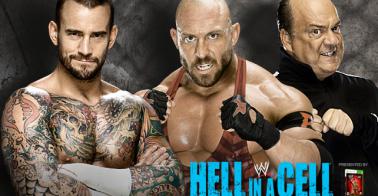 Another month, another PPV and we are delivered another installment of the Punk & Heyman Show. It has officially been one year since Punk ended Ryback’s undefeated streak inside a cell last October and we can argue all day and night about whether or not Ryback is better or worse off than he was at this point in 2012. Punk has just two PPV wins in 2013, with one of them coming last month when he defeated Ryback at Battleground. This is a tough one to call because we need to analyze the end game of this feud. All along I thought this would end at Survivor Series, in a one-on-one match between Punk and Heyman. So, that either means that Punk or Ryback eats another fall, because Heyman would have to remain unbeaten to get us to November. This seems like the perfect spot to blow this whole thing off, but I just can’t see it ending without Punk definitely kicking the shit out of Heyman in a singles brawl. Unless another new Heyman client debuts, I think Punk again defeats Ryback, but Heyman escapes Punk’s clutches one last time to set up the final battle in Boston. The one question that lingers: where does Ryback go from here? JR Prediction: CM Punk

My oh my, this one certainly came out of left field, didn’t it? With rumors swirling that Cena would be out of action until early 2014, he once again surprised the wrestling world when it was announced he would return at Hell in a Cell to square off against aimless World Champion Alberto Del Rio. Having finally finished off his issues with Rob Van Dam, there were a lot of question marks about where he would head next. Those particular questions were quickly answered, but many more remain. Is Cena legitimately back for good? Is this just a one night comeback that will include an injury angle to take Cena back out? There have been rumblings that a return and World title feud for Rey Mysterio is imminent. If true, it would seem that Cena is a one month contender that would fail to cash in on his opportunity. I don’t see ADR defeating him cleanly in his first match back, so we are likely looking at a schmozz finish if they don’t want Cena to carry the big gold belt. As I mentioned a moment ago, there is also a chance ADR hooks in his armbar and puts Cena right back on the shelf, building even more heat for the champion and allowing Cena the needed time to recuperate. I will play it safe here and take Cena, but I do not think he wins the gold as the Mysterio/Del Rio title feud makes more sense than shifting Cena to Friday nights, even in the short-term. JR Prediction: John Cena by disqualification

And for the third straight PPV, here we stand as Daniel Bryan and Randy Orton once again square off for the richest prize in the game. Bryan has been toyed and manipulated with by Orton, Triple H and Stephanie McMahon at every twist and turn since SummerSlam. Bryan has landed some blows in and once Big Show officially spurned Triple H’s control tactics and back up the Beard, things have been a bit more even. To make things even more intense, Triple H brought his best friend, and coincidentally Bryan’s mentor, Shawn Michaels into the mix as the special guest referee. It has been sixteen years since Michaels first stepped inside the Cell at Badd Blood 1997 and here he returns as a key factor in a very important match. Looking at this in a holistic view, Daniel Bryan really needs this win. Even though he has looked strong over the last two shows, at some point he needs to emerge victorious and have it stick. The NWO angle made WCW a whole lot of money in 1997, but it likely could have been even better if the faces got some legitimate shine. On the flip side, is a Bryan loss palatable here if he mirrors the Steve Austin storyline of 1999 by ostensibly winning the Royal Rumble, defeating Triple H in February and finally grabbing the title at WrestleMania? I would say yes, but will it be too late to salvage Bryan as a legit title-holder at that point? Would too much damage have been done? In all honesty, Bryan should have won the title at Night of Champions and held it through this show, making it more acceptable to screw him and let the chase commence. We also have to remember that Shawn Michaels and Big Show both loom large over this one. Both are good bets to be involved on some level. I don’t see Michaels turning heel at all, even though a Bryan/Michaels WrestleMania match would be a battle for the ages. It also wouldn’t make sense for Show to turn after all he has been through. Even though Bryan got the best of Orton on TV twice this week, I still think they do what is best for business. And that means that the best bet here is that Bryan and the faces finally get their moment in the sun, with Big Show wiping out Triple H, Bryan conquering Orton cleanly and Shawn Michaels raising the hand of his prized pupil to close out the show. JR Prediction: Daniel Bryan

JR’s Sleeper of the Night: Rhodes Family vs. The Shield vs. The Usos

There is your full PPV rundown. Remember to join us right here Sunday night as Scott Criscuolo & Brad Woodling live blog the show for you! Enjoy the bouts!