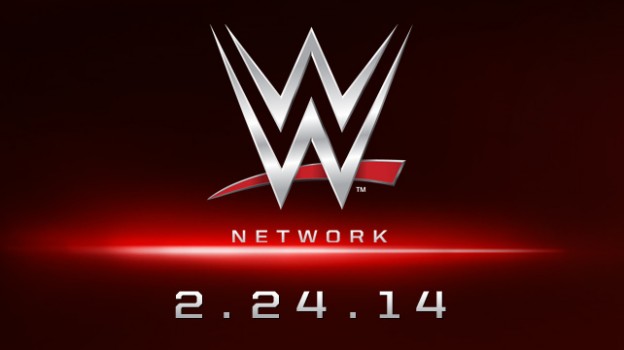 Welcome to the High Spot, Place to Be Nation’s weekly pro wrestling update. Steve Wille (@SteveWille34) will take you through the biggest story of the week in the world of wrestling, adding in a unique view to help put the story in perspective. Justin Rozzero then takes a quick look at other important stories of the week. If you have any tips or story ideas, please contact us at info@placetobenation.com!

Now that the instantaneous reactions regarding the WWE Network announcement have passed, six weeks of waiting for the launch of the product leads to plenty of time for armchair quarterbacking, and planning. One of the most thrilling aspects of the announcement on Wednesday was the sheer volume of content initially provided for the $9.99 per month price point. For somebody like me, this can be a blessing and a curse. After watching the press event and conversing with friends and fellow PTB Nation staff members, a familiar sensation of excitement crossed with anxiety fell over me: where in the world would I begin? Starting in the 1990s, there has been a lot of research on the paradox of choice, the phenomenon that, when faced with so many options, people can start to shut down.  It’s an odd place to be (cheap pop) when dealing with the simplistic hobby of professional wrestling, but I found my thoughts racing from 1994 WCW PPVs, early World Class episodes, infamous WWE matches from my dark period or the thrill of being able to start chronologically, a la Justin and Scott’s Vintage Vaults. In addition, how can I manage this shiny new toy without spiraling into a hyper-focus of wrestling, ignoring other aspects of my life, similar to those immersed in the artificial realms of MMOGs? And, as I discussed with Andrew Riche the other night, do we lose one of the best parts of wrestling, the social response to our shared experiences?

From the WWE’s perspective, the internal dialogue has to center on how to get traditional fans to not only make the initial purchase, but to continue their subscriptions. While the PPV library is vast, they will need to maintain consistent programming updates to keep their customers’ excitement level going. I was an initial subscriber to Ring of Honor’s Ringside Membership, which included unlimited streaming of television episodes and selected DVDs, merchandise discounts and early access to ticket sales. Although originally a good value, the company stopped adding older events to the library, lessening its worth to me as a viewer. The WWE’s historical content and ability to create more original offerings clearly overwhelms those of its smaller competitors. During the network’s announcement, there was no mention of other companies that the WWE owns footage for besides the “Big Three”, including Mid-South and World Class Championship Wrestling. My assumption is that this was intentional, allowing the flexibility of a future rollout to hang onto subscribers, especially the older fans such as myself.

Originally, I questioned the thought process behind the potential hemorrhaging of the television, PPV and DVD buying audiences, wondering how this network might affect future television contracts. However, the genius of this model is keeping everything in-house, and then new partnerships may grow. I’m already contemplating how I will setup my new account. Will I hook my laptop to the television via USB while I wait for a potential rollout of the teased smart TV application, or will I jump right in and purchase a Google ChromeCast or Roku box? Surely cross-promotional opportunities exist regarding various hardware platforms. And, sure, traditional PPV buys will take a dramatic hit, but weren’t they already in a freefall anyhow?  Though it will never outwardly be stated by the company, or even most wrestling reporters, I’m certain that the thought behind the $9.99 price point is that it may be low enough to lure in those thousands of “fans” who watch illegal streams.

For now, the wait and the plans are all we have, but in a mere month and a half, those with a little extra scratch will have a myriad of wrestling goodness at their fingertips. My advice for everybody involved: in between planning your viewing options and scheduling screening parties with friends, don’t forget to arrange some time for your spouse and kids. You may not be seeing them for a while…

Top Stories of the Week