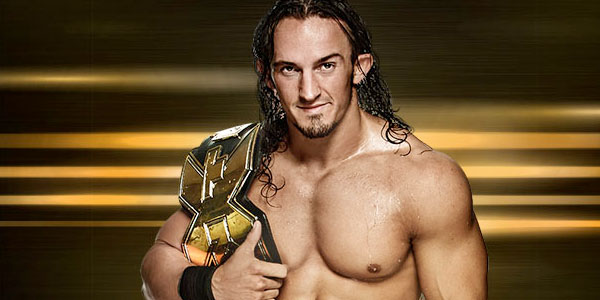 NXT Takeover: Fatal 4-Way happened this week, and two major storyline advancements occurred, as Adrian Neville retained his title over Tyler Breeze, Sami Zayn, and the resurgent Tyson Kidd. It looked as if Zayn was about to become champ, when Neville desperately pulled the referee out of the ring, possibly signaling a heel turn. Interviews the previous two weeks noted Neville’s arrogance building as champion. Steve rather enjoyed that Neville’s turn came subtly, instead of just nailing Zayn from behind. Earlier in the match, Neville grabbed Breeze’s hand as he was about to tap out to Kidd’s sharpshooter, a sign to what he was willing to do to win.

Earlier in the night, KENTA made his announced debut in an interview segment with NXT GM William Regal. He looked to be a big deal, fairly quick, with several main roster stars putting him over in a video package, and a swank entrance video/theme combination. After completing a promo in his native Japanese (during which the awesome Full Sail crowd shushed some goobers who wanted to chant “What?”), KENTA stated that his name would now be Hideo Itami. There were those who, of course, took to the tweet machine to complain about this, ignoring that Itami then fended off both members of Ascension on his own, a team that destroyed everyone in their path until that card.

And now, for something completely different, a selection of High Spot classics and other felicitations as related by the Madden GIFerator: