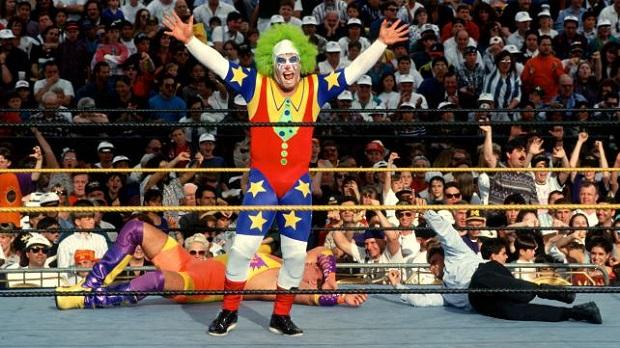 After a brief hiatus to tend to personal matters, the Cowboy is back for you this week with a hard-hitting review of WrestleMania IX. This assignment was the one I was most excited for in the series so far. The Professor, myself, and some of our other PTBN cronies have been live-watching the Monday Night Raw episodes on everybody’s favorite show…The Place To Be Podcast. If you haven’t had a chance to listen to those sessions, stop reading now and get to it! The Raw episodes we have watched so far led into WrestleMania IX. The buildup was big and the matchups looked great on paper. As I took a seat in the living room and popped on the network, I was brimming with anticipation of this event. Let’s break it down!

Match of the Night: Tatanka vs. Shawn Michaels for the WWF Intercontinental Title

There are many cards where the Match of the Night is a tough call for me due to there being a number of worthy contenders. This was not the case for WrestleMania IX. I will get to my feelings on the rest of the card later in the review but, needless to say, Shawn and Tatanka’s tussle wins this award by default. As far as opening matches go, this one was definitely high quality. I was a huge Shawn Michaels guy before I started writing these columns for you and the matches I’ve covered here have only strengthened that opinion. The fact that he wins Match of the Night at a WrestleMania (albeit a bit of a dud) in a match that pretty clearly doesn’t even crack his personal Top 20 is a testament to Shawn’s awesomeness. This match as a whole was good. I liked that Shawn was accompanied for the first time by Luna Vachon and Tatanka had Sensational Sherri with him as it added to the drama. As with most of Shawn’s matches, the wrestling was top notch. While Tatanka doesn’t have the most diverse skillset, he brought his A-game for this one and showed off the raw power and high energy that made him a budding star in the company. Tatanka is basically Ultimate Warrior Lite, and that’s not a bad thing. My only gripe with the match was the finish. I’m not a fan of title matches ending in countouts or disqualifications on big ppv cards as I think it cheapens things. Shawn is counted out here and retains the title so the feud continues (I’m guessing we’ll see more of these two on Raw in the coming weeks). Overall, a good match and a solid start to a promising card.

Performance of the Night: Doink and…. Doink?!?!

This should tell you all you need to know about the quality of the rest of the matches on this card. Outside of the opening match, I felt that Doink vs. Crush was the best match on the card…and this wasn’t exactly Savage vs. Steamboat from WrestleMania III. I’ve become a fan of Doink the heel while watching the Raw episodes leading up to this and he didn’t disappoint here. Doink and Crush gave us a good, solid, workmanlike effort for a few minutes. Then it happened. With Crush seemingly in control, Doink knocked out the referee allowing interference from… Doink! That’s right folks, two Doinks for the price of one! The second Doink drills Crush with a prosthetic arm and real Doink gets the pin as the referee awakens from his slumber. I’m not sure where they’re going with this angle but I like it! The more heel Doinks, the better. With that said, generally speaking this performance would not be enough to earn the Cowboy’s coveted Performance of the Night. Again, unfortunately, it was taken by default due to the rancidness of the rest of the card.

Ok…now I’m really grasping at straws. In what will probably go down as the most ill-conceived, terrible Main Event in WrestleMania history, we find a positive. After Yokozuna pins Bret Hart for the title and the Hulkster comes down to help his friend, Mr. Fuji grabs the microphone! Just the fact that he is moving is a big step up from his generally statuesque persona. Who says Mr. Fuji was useless, Professor? Not only does Fuji grab the mic, he delivers the best line of the night in my opinion when he calls Hogan a “yellowbelly” and inexplicably offers him a shot at the title that his charge, Yokozuna, had just won. Thanks for the good memory Mr. Fuji, your monologue was a diamond hidden in a pile of crap!

Biggest Negative Surprise:  Bret Hart vs. Yokozuna and Yokozuna vs. Hulk Hogan for the WWF Championship

Oh boy was this bad. I was really looking forward to this match coming into the card. I thought it was a great style matchup of the huge, impenetrable force Yokozuna versus the technically sound, athletic Hitman. For a while it was. The Yoko vs. Hart match was pretty good, not great but serviceable, until Fuji broke out the salt. I’m sure everyone reading this knows the story but I will rehash it very quickly. Fuji “salts” Bret, Yoko pins Bret, Hogan comes down to help Bret, Fuji calls out Hogan and offers him a title shot on the spot, Fuji accidentally salts Yokozuna, Hogan hits the legdrop and wins the title. What?!?!? I knew something was fishy when Hogan and Beefcake didn’t walk away with the tag titles. I thought that was a given in Hulk’s triumphant return to WrestleMania. Then, when they interviewed the Hulkster before the main event, things became more clear. Hogan was going to be interjected into this affair, like it or not. I have a number of issues with this. First, Hart was a great champion and didn’t deserve to lose the title on a flagrant foul by Fuji. I have no problem with Yoko winning the title, but feel at WrestleMania it should be a clean win. Second, talk about killing Yokozuna’s momentum. Prior to this event he had been built up as an unstoppable force…even easily winning the Royal Rumble. Things seemed to be set up for him to not only win the title, but possibly hold it for a while. Instead he is destroyed by Hogan in 22 seconds…22 SECONDS…and is completely marginalized. Why waste all that time building the big guy up only to ruin him so quickly? Lastly, while a huge fan of the Hulkster, I don’t like the way he was basically handed the title. Hogan’s mantra has always been hard work, eat your vitamins, etc. He should have had to win a couple of big matches and earned his title shot. Instead, as is often the case with Hulk, he became a human contradiction. Work hard, eat your vitamins, quit for a while and when you come back, don’t worry, you will get handed the title. Ugly end to an ugly card. 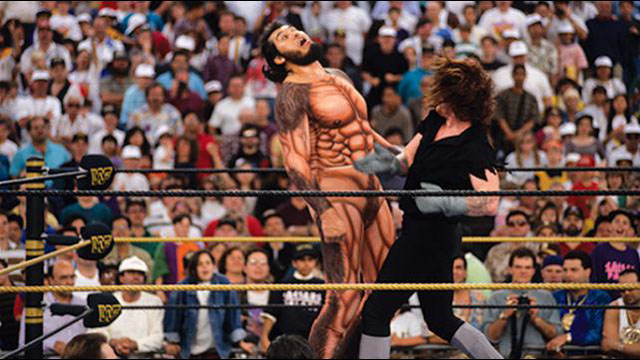