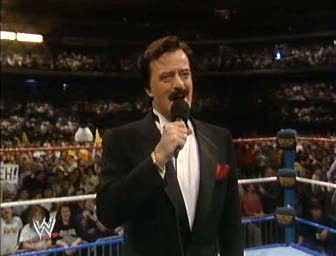 Adding some Canadian flavor to the first international WrestleMania, crooner Robert Goulet did a masterful job of firing up over 60,000 Canadians with a stirring rendition of O, Canada. 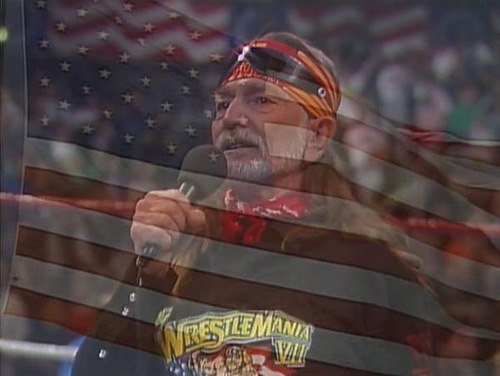 Decked out like a walking WWF merchandise stand, beloved country superstar Willie Nelson kicked off WrestleMania VII with America the Beautiful. Nelson, a salt of the earth good ol’ boy, was a fitting choice for a show that was draped in Americana from start to finish. 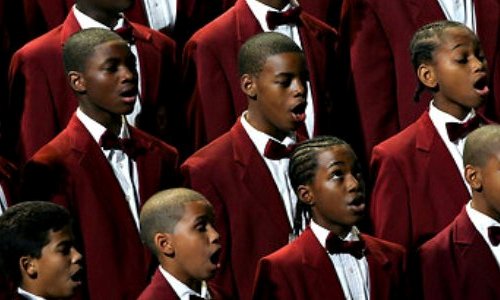 One of the biggest hooks of WrestleMania XX was WWF tying the show back to its roots that began in 1985 and followed in 1994 in the very same Madison Square Garden. The retro callbacks started right out of the gate when the company brought back the Harlem Boys Choir to sing America the Beautiful. It was a classy rendition and perfectly fit the scope of what the company was trying to accomplish. 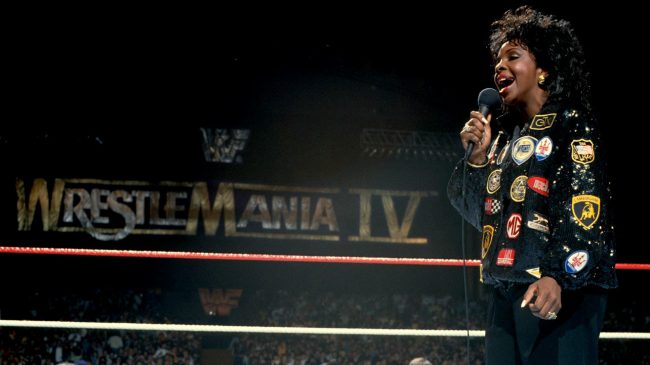 Emanating from Trump Plaza, WrestleMania IV was a long, complex show that was kicked off by Motown icon Gladys Knight singing America the Beautiful. Knight had just embarked on a solo career and was a timely get for the WWF. Plus, that sequined top. 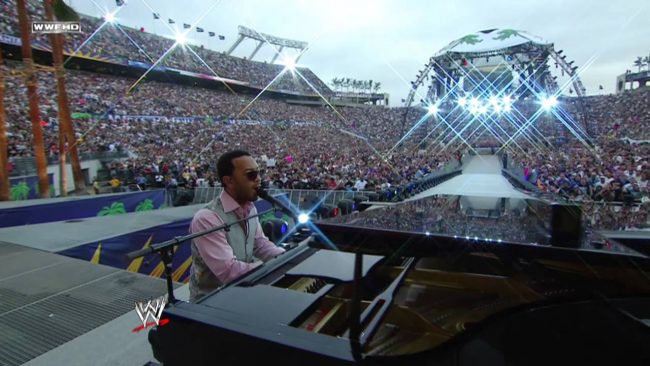 As WrestleMania was transitioning from a major WWE PPV into a grandiose weekend long event, the company strived to lure as many “in the moment” celebrity acts to the show as possible. John Legend had been building a strong reputation over the previous decade but he had become a music superstar by 2012 and was a strong choice to play his piano while belting out a stirring America the Beautiful in Orlando. 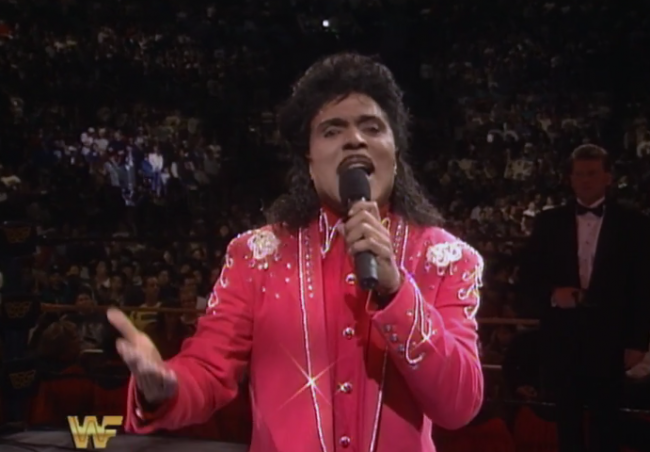 Flanked by the Harlem Boys Choir, never aging music icon Little Richard got Madison Square Garden rocking by delivering a rendition of America the Beautiful as only he could. 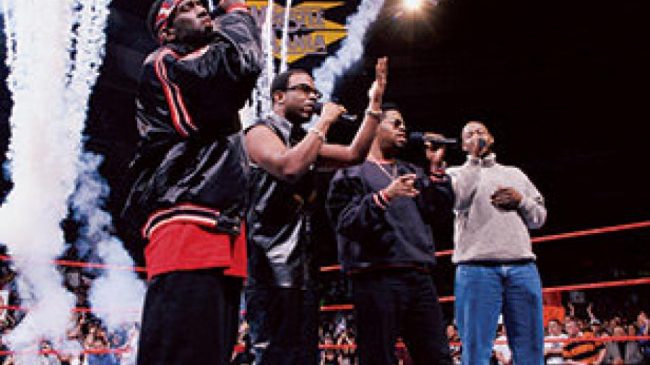 Motown Philly was back again on the evening of WrestleMania XV as local music legends Boyz II Men returned home to belt out a harmonious edition of America the Beautiful. It was one of WrestleMania’s best opening performances as well as one of its most fitting. 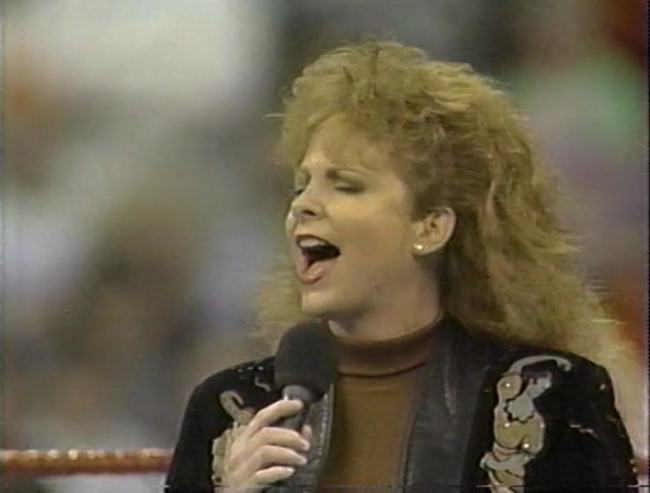 Country music superstar Reba McEntire was inside the Hoosier Dome and kicked off WrestleMania VIII with a simple, flawless version of The Star Spangled Banner. She also instantly became part of wrestling lore thanks to Bobby Heenan’s quick witted commentary where he christened her “Arriba McIntyre” after a brief encounter with Tito Santana.

In one of WrestleMania’s most iconic performances, Motown icon Aretha Franklin knocked out a stirring America the Beautful in front of her hometown fans. Perched at a beautiful grand piano on a platform deep in the Silverdome, Franklin’s performance was an unforgettable image in WrestleMania lore.

After being reduced to have Gene Okerlund kick off WrestleMania I, the WWF was deadset on opening WrestleMania II with a much more memorable and fitting performance. Split across three arenas, 1986’s edition was loaded with celebrities from many tiers but one of the biggest they were able to land was Hall of Fame icon Ray Charles. Charles got the Nassau Coliseum keyed up by belting out America the Beautiful with his own personal soulful touch. There have been many memorable musical performances in WrestleMania history but this is easily one of the greatest.