Brian: RAW did not have much in terms of matches so I guess I’ll pick Tony Nese vs. Gran Metalik from 205 Live. Both guys worked really hard but that did not get the fans to stick in their seats as they were seen leaving during the match. Still, it was fast-paced and fun to watch. The runner up was the 205 Live main event of Cedric Alexander vs. TJP which was just a notch below Nese/Metalik.

Jennifer: NXT main events are my happy place. This week I was treated to Johnny Gargano vs Velveteen Dream. Gargano was a straight up rage-filled bully in this match. He is struggling with his identity and Dream’s “Johnny Failure” t-shirt was a brilliant decision. It was clear that Gargano is really battling with himself here, even stopping himself from performing certain moves. Velveteen Dream read him like a book and used that angst to pull off the upset. 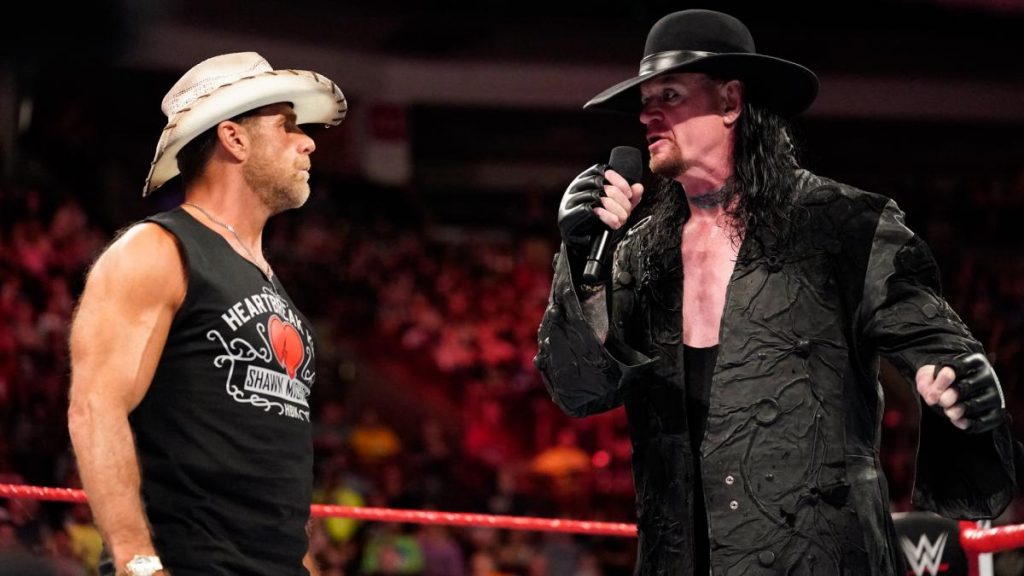 Brian: The Shawn Michaels and Undertaker confrontation was the highlight of RAW. It’s a story that makes sense and judging by the crowd there is definitely fan interest in a rematch between the two. I also thought both guys did a great job in their roles as you get the sense that Shawn Michaels might come out of retirement.

Jennifer: Charlotte Flair and Becky Lynch continue to ramp up their feud with an interview full of insults intended to attack each other’s most personal insecurities. Becky claimed that being Charlotte’s friend was a full time job, constantly reassuring her she was good enough to live up to her name. Charlotte insisted that Becky kept herself in Charlotte’s shadow. No one can hurt you like a best friend can and I felt that in spades. I don’t even know who’s side I’m on!

Brian: “Is it respect or is it fear?” – Undertaker to Shawn Michaels on why he is still retired

Jennifer: “Are you done yet, Queen? Or would you like more of my time in the spotlight?” – Becky Lynch 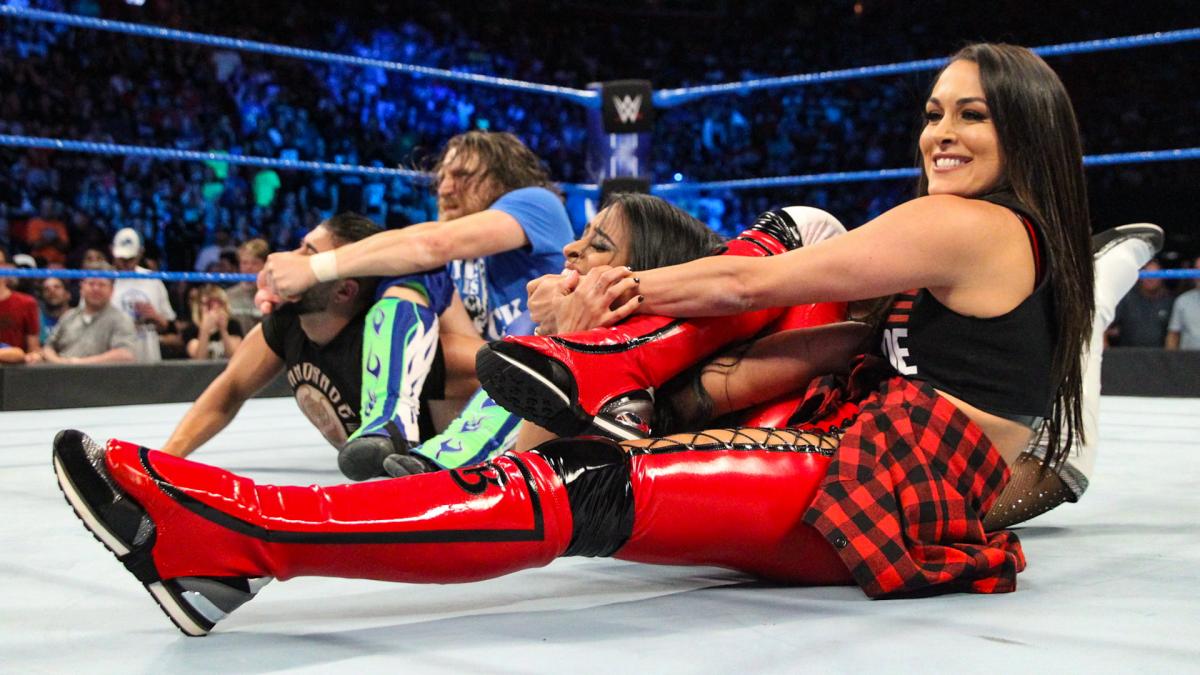 Brian: The Shawn Michaels/Undertaker confrontation was great and the one true highlight of RAW. The beat down of The Shield to close out the show looked good and Chad Gable getting something to do as part of a tag team with Bobby Roode is a positive but hardly a highlight.

Jennifer: The Jeff Hardy and Randy Orton video promos were fairly effective, but really I just like that footage of Randy ripping Jeff’s ear gauge holes. I’m not gonna lie, I kinda love the R-Truth and Carmella pairing. More please! The double Yes! Lock by Daniel and Brie to Almas and Zelina was really well timed and was a sassy show off in the face of Miz and Marys.  Rusev Day advanced to face The Bar next week and I’d love to see them challenge The New Day. Samoa Joe thought AJ Styles was gonna be cowering with his family at home but nah. The Phenomenal One showed up and showed out with a dive off the top rope that had GM Paige running out to stop him. Over on NXT, Ciampia’s video promos have a chillingly seductive quality that keep him lurking in the background.

Brian: A lot of head-scratching moments took place Monday night on RAW like Drake Maverick randomly becoming the Authors of Pain new manager, Kevin Owens returning one week after quitting and for some reason helping out Braun Strowman at the end of the show but I guess I will go with the most obvious: Brie Bella’s attempt at a tope.

Jennifer: Smackdown needs more New Day! And NXT was inconsistent this week, with three matches that I could take or leave.