Brian: On 205 Live, Cedric Alexander retained his Cruiserweight Championship against Drew Gulak in an excellent, back-and-forth match. They had 20 minutes and with the show now taped before Smackdown instead of shown live after the show where a good amount of fans have left made for a much better atmosphere. Cedric can now focus on his next challenger, Buddy Murphy.

Runner Up: On RAW, Dolph Ziggler vs. Seth Rollins had a good match despite it being under ten minutes long. The ending was somewhat abrupt but these two possess tremendous chemistry together when in the ring.

Jennifer: Ricochet vs. Pete Dunne – Oh my Jesus, it’s gotta be the first-ever Champion vs. Champion Match on NXT. Both the NXT North American and WWE U.K. titles were on the line here so there was no holding back for Ricochet or Dunne. The BruiserWeight kept The One and Only on the mat for large stretches of time, twisting him like a pretzel and attempting to break his fucking fingers. And his hands. And his feet. Ricochet managed to fly a bit too, spearing and splashing Dunne around the ring. It was a beautiful, brutal ballet only to be rudely interrupted by Undisputed ERA and then the War Raiders. Even though there was no dual champion named, we are the real winners for bearing witness to this epic clash.

Runner Up: AJ Styles vs. Andrade Almas – The Phenomenal One gets a break from Samoa Joe this week (or does he?) facing Andrade for only the second time. Almas attacks before the bell and keeps AJ off balance for a while. He looks impressive, especially when Styles is caught up in the ropes and Almas jumps off the top onto his chest. AJ redoubles his efforts and ends the match with a nifty pin. Awesome showing for them both. Of course, Samoa Joe does a run in but AJ makes him eat the steel steps before he slinks away. 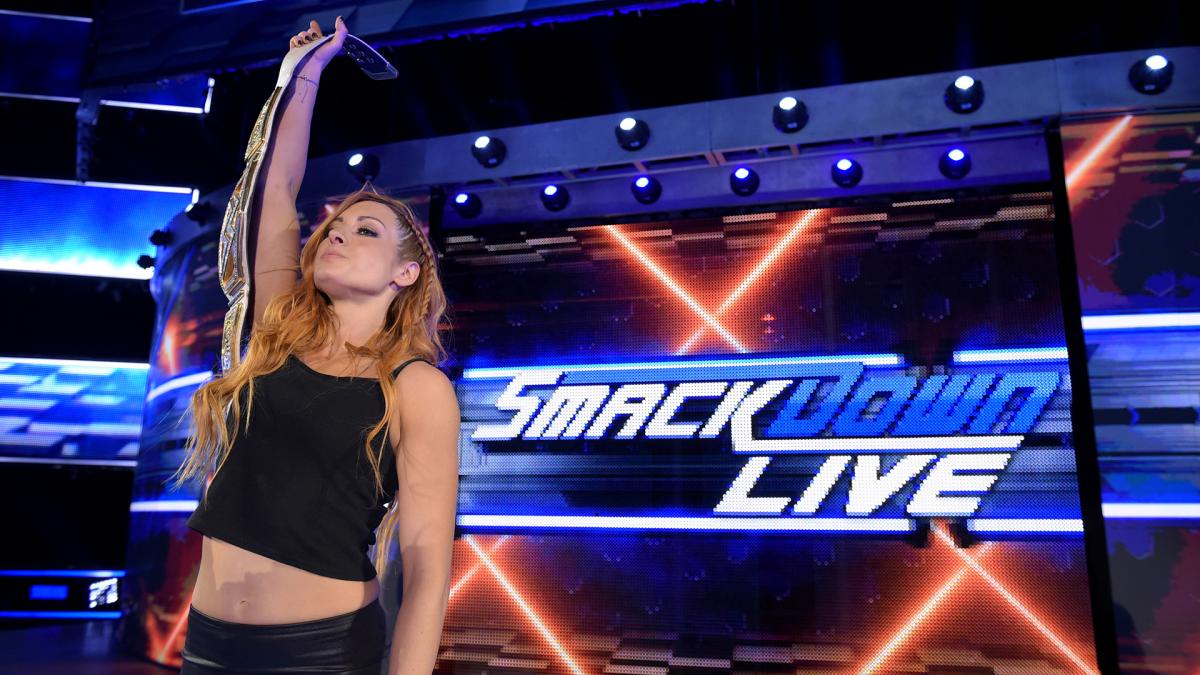 Brian: The Undertaker’s promo about Triple H to hype up their match in Australia felt like the most important thing on the show. Say what you want about needing to see them wrestle again but this match has been built up quite well.

Jennifer: The Coronation of the new SmackDown Women’s Champion Becky Lynch went just about as well as expected. She called Charlotte Flair out just to toy with her, requesting for Charlotte to raise Becky’s hand and then to fasten the belt around her waist. Flair declined but still offered the new Champ her congratulations and wondered if there was anything of her best friend left “inside whatever this has become.” Apparently not! Becky called her a bitch and Charlotte attacked her, only to get thrown in the tables at ringside and then dropped in the middle of the ring. Becky walked away looking real smug and all Charlotte could do was watch. 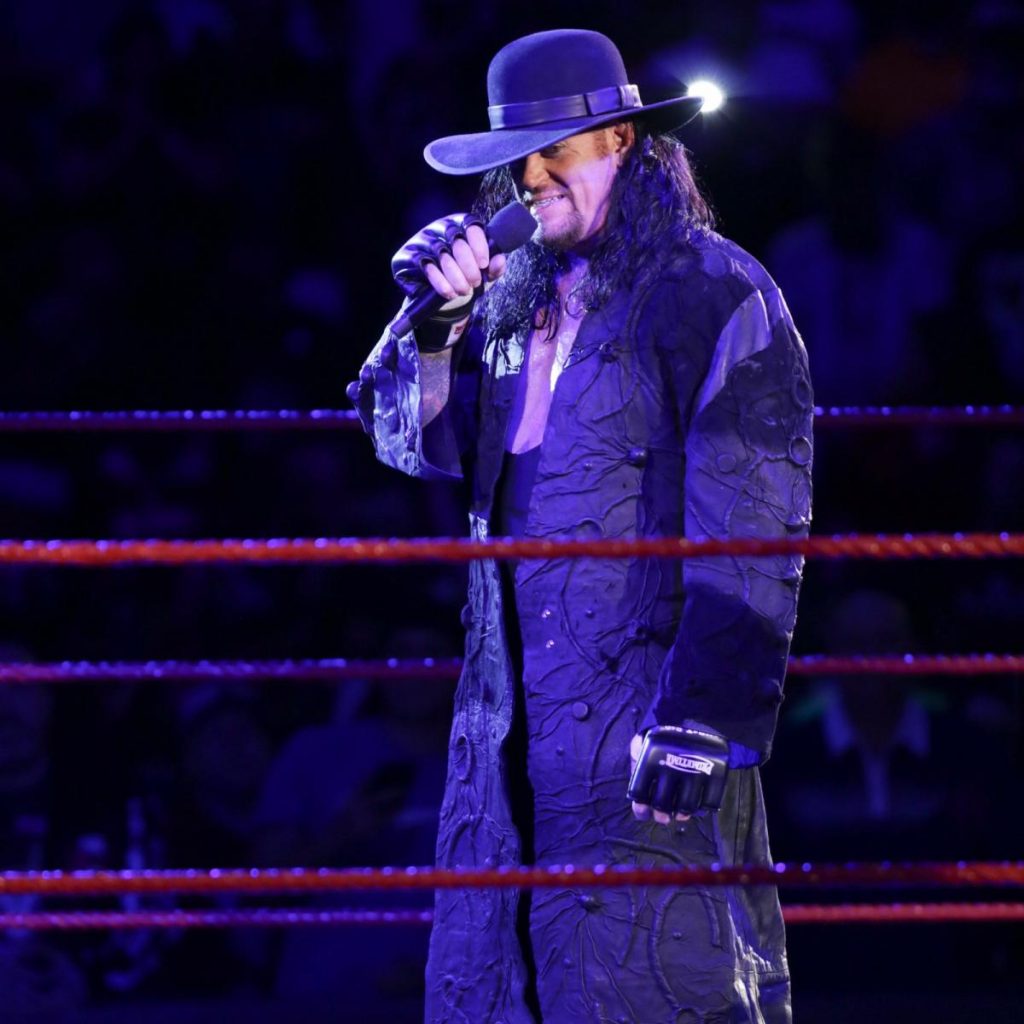 Brian: “You suck and I know I can kill you.” – Braun Strowman to Baron Corbin.

Jennifer: “You know what happens if you piss me off, right?” – Randy Orton 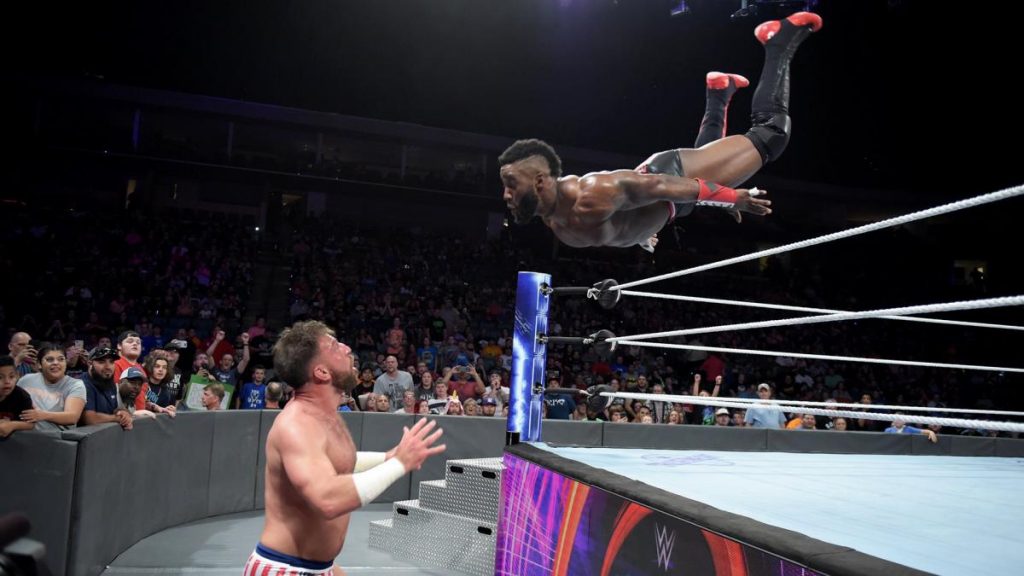 Brian: There was not much on RAW that worked but the fact they are giving Drew McIntyre a decisive win over Dean Ambrose and giving Chad Gable something to do at least shakes things up instead of the same usual suspects hogging the spotlight. And Elias is still great during his pre-match routine. And once again, having 205 Live taped before Smackdown is for the best as it was sad to watch those guys busts their asses in front of an emptying arena.

Jennifer: The Miz TV to open SmackDown was pretty great, from Maryse announcing this was her last night on the show, to Daniel Bryan’s run in and Maryse faking a blow to the stomach. The New Day was hilarious again, doing an Australian gag that tickled me quite a bit. Aiden English turned on Lana and Rusev, causing him to lose to Nakamura. On NXT, a sassy as fuck women’s tag team match made me a fan of all four ladies, especially Lacey Evans. Also, just put the camera on Velveteen Dream and let him talk. It’s gold. 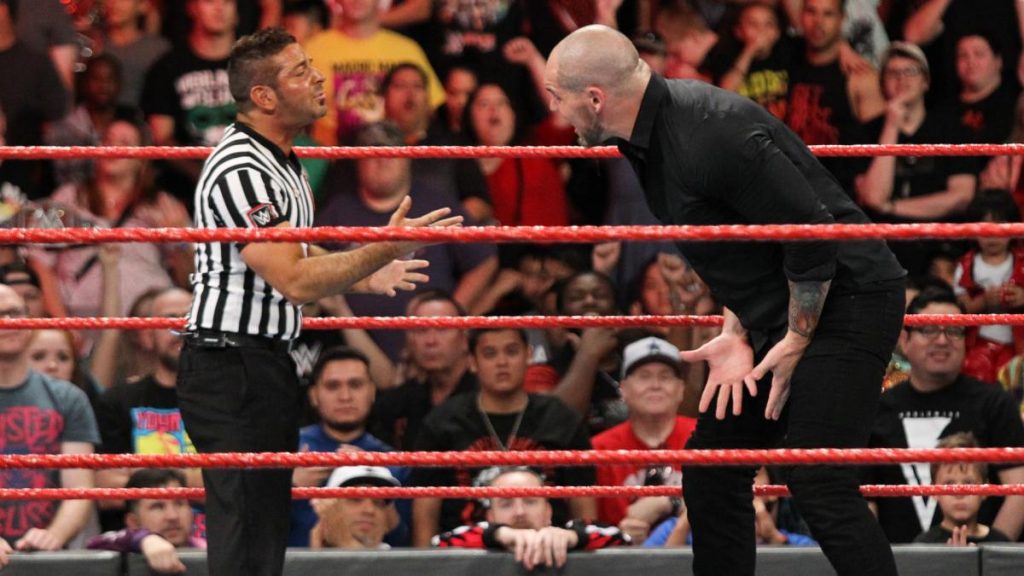 Brian: Constable Corbin vs. Roman Reigns for the Universal Title was a lousy, overbooked match. Having Corbin use his powers as the acting GM to restart a match and change the fact he was DQ’d while the day prior at the Hell in a Cell PPV we saw the WWE World Title match have a controversial finish with their GM saying the referee’s decision is final was just dumb. And besides that there are just a lot of characters with poor directions like annoying babyface Lio Rush, Kevin Owens coming back the week after retiring to attack people during their matches, and Drake Maverick managing the Authors of Pain. The creative side on RAW is inconsistent and unimaginative.

Jennifer: Um, what is going on with Asuka? Like, for real. Please tell me if you know cause I don’t, kthanks.