Matt: Match of the Week goes to the triple threat for the North American title between Ricochet, Pete Dunne, and Adam Cole. Sweet Sassy Molassy, what an incredible match this was! Great pacing in this one and I was amazed at how they were able to keep up that pace for as long as they did. They did a great job of building up drama near the end of this one with some real good near falls. The best triple threat match in years. This is right up there with Undisputed Era vs. Moustache Mountain and Tommaso Ciampa vs. Aleister Black as my TV match of the year. Drop everything and go watch this!

Brian: On RAW, The Shield vs. Braun Strowman & Dolph Ziggler & Drew McIntyre had a match that I felt was better than what they had at the Super Show-Down. The work was really strong and the storytelling was compelling with McIntyre having enough of Strowman’s verbal abuse and standing up to him and scoring the pin. Plus, we had Ambrose walk out on his partners after the match where he took the pin.

Just below that was Cedric Alexander vs. Tony Nese on 205 Live. The work was great even though the story pushed on commentary did not jibe with what we saw as they played up Cedric being tired due to the flight from Australia. I did like how they have Cedric’s overconfidence effecting his matches and it sets him up for a chance at redemption down the line. 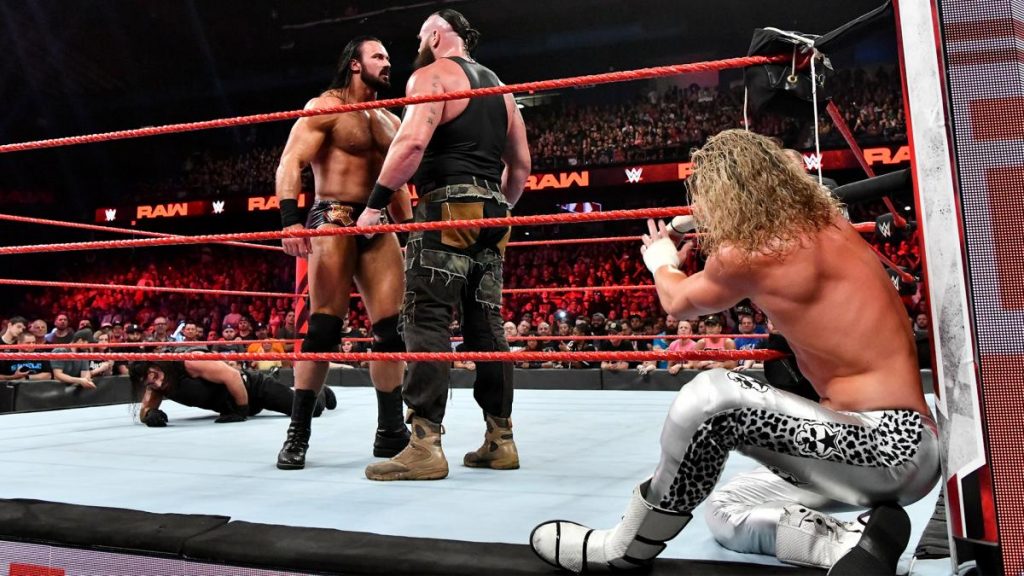 Matt: The segment of the week on Smackdown was Miz TV with AJ Styles and Daniel Bryan. This was a really good way to kickstart the build to Styles vs Bryan in Saudi Arabia and Miz was fantastic as the shit stirrer.

On NXT, the segment of the week was the opening segment between Tommaso Ciampa, Velveteen Dream and Nikki Cross. Solid promo work from Ciampa and Dream was great as always. I’m looking forward to the match they have at some point. Probably at TakeOver: War Games. Nikki Cross was really good during this as well playing up that she has a big secret and knows what both Dream and Ciampa did.

Brian: The backstage segment with Braun Strowman yelling at Dolph Ziggler & Drew McIntyre to start pulling their weight and realize if he’s the Universal Champion it will better for all three men was a key segment going forward as we saw McIntyre shoot Braun a dirty look as it ended. I love how they seem to be grooming McIntyre for one of the top spots. He has all the star qualities you need and its a nice story seeing how the company mishandled his career several years ago, causing McIntyre to reestablish himself on the Independent scene. 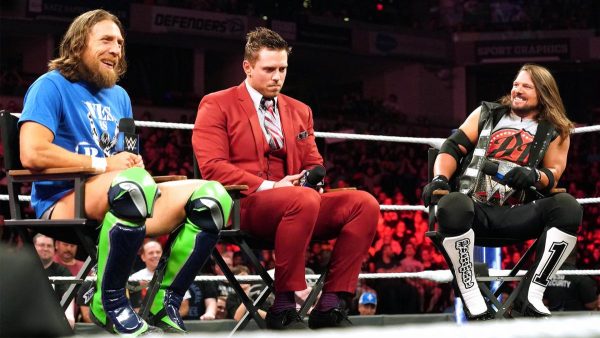 Matt: “Listen AJ, I know you and I are having a bit of a good time here poking fun at the two minute man.” – Daniel Bryan talking about The Miz.

“By the way, for the record, I think that two minutes is above the national average!” – Corey Graves.

Brian: “He’s so famous they had Cam Neely play him in a movie.” – Corey Graves in speaking about battle royal competitor Chilean Sea Bass 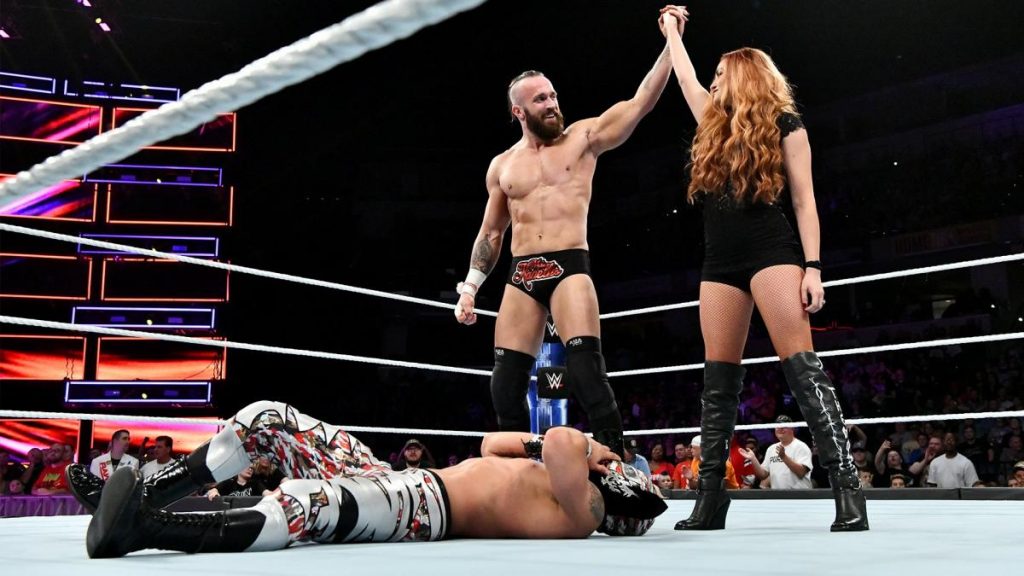 Matt: On SmackDown, I like how the injury Samoa Joe suffered in Australia was the reason why he lost to Jeff Hardy in the World Cup qualifying match and it was a great use of the “referee stoppage” finish. Shelton Benjamin looked really good in his match with AJ Styles and I’d like to see him used more often.

On NXT, Keith Lee has been booked really well since his debut. He looked damn good in his victory over Kona Reeves. I hope they keep this up as he is one of my favorites. Great video package on Shayna Baszler as the build to the rematch between her and Kairi Sane continues. I really like Kassius Ohno’s role as the bitter veteran and him saying to William Regal that “I asked you to tell me when your shiny new toy gets here to let me know” was a great line. If it leads to a match with Matt Riddle at some point, I am all for it! I need that match like I need air in my lungs!

Brian: On RAW, the Bellas turn on Ronda Rousey came off well and got heat. The six-woman tag match before this was not that great but the turn itself was good. Having Kurt Angle under a mask as a Conquistador to win the battle royal that Baron Corbin designed to get himself into the Crown Jewel Tournament was fun and I’m for anything that makes Corbin look like a goof. I also liked Mike & Maria Kanellis debuting on 205 Live. That show could use Maria as a personality and I hope Mike can thrive on the show since he was languishing on Main Event. I’m rooting for him to do well as a cruiserweight.

Matt: The whole Rusev and Aiden English saga is terrible and the One Night in Milwaukee segment was just awful. Quick question, is Lana still supposed to be Russian? Her accent faded in and out so many times during this that I lost track. Are they doing a thing where she’s been in the US for so long that she’s losing her accent? Is WWE that clever? The best part about this whole thing is that English now has a shirt that says “Happy Aiden Day”. Randy Orton vs The Big Show was a bad match. Show is very limited in what he can do nowadays which is understandable considering his age, size, and recent surgery history. If they really feel the need to use The Big Show in this, the year of our Lord, 2018, they need to keep him from main events. This wasn’t good and it was not a good way to end the show.

Brian: While the segment itself did okay live, having the now corporate Triple H and a really old-looking Shawn Michaels reunite as D-X felt forced. Adding Mickie James & Alexa Bliss vs. Trish Stratus & Lita to the Evolution PPV is something that will very likely do well live but here Trish’s reaction was weak and her promo was worse. At first I did not mind the Chad Gable & Bobby Roode pairing as Gable is very underutilized and it finally gave him something to do but they are trading wins with the Ascension then both teams got laid out here by the Authors of Pain.