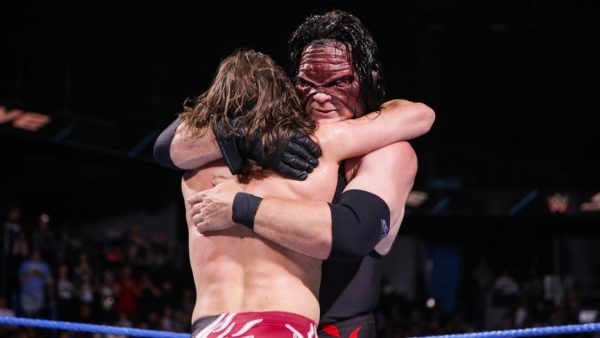 It’s time, once again for everybody to come aboard the….weekly TV snapshot!

Disclaimer: If you’re one of the few people who ACTUALLY enjoyed the in-ring work on Raw or Smackdown Live this week, you will be disappointed in my review. I thought this week was lackluster – and that’s me being nice. However there were some bright spots in terms of plot development and potential pushes, so let’s get into it. 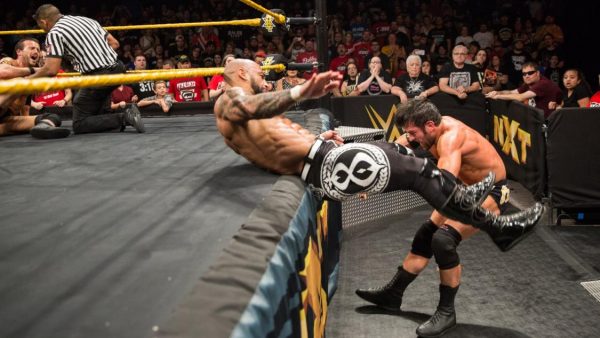 Match of the Week
Ricochet & Mustache Mountain vs. Undisputed Era

The main event of NXT pitted the One and Only Ricochet teaming with the newly crowned NXT Tag Champs against NXT’s most popular act NOT named Johnny Wrestling. This match did not disappoint, with all six men looking great. Ricochet came off as the star of the match, and nobody can sell like Kyle O’Reilly and Adam Cole. Roderick Strong is improving as a heel, making their group completely legitimate. In the end, the Undisputed Era earned a hard fought victory, sending the Full Sail crowd home happy.

The Monster Among Men played mind games with KO this week, insisting they team up against Finn Balor and Baron Corbin. After defeating their opponents, Braun proceeded to stalk Owens around the arena, ultimately revealing to a startled KO that he had flipped his car in the parking lot. This segment certainly didn’t light the world on fire, but it did serve its purpose to continue to put over Braun. Plus, it’s always good to watch Kevin Owens react to just about anything.

The NXT champion seemingly found his next challenger this week. Fresh off of his victory at Takeover: Chicago, Tommaso Ciampa cut a scathing promo on Aleister, threatening to end Aleister’s reign and make him Fade to Black. Once again Ciampa impressed on the microphone, displaying his superior heel persona. This should make for an interesting feud and will undoubtedly give us a stellar match. 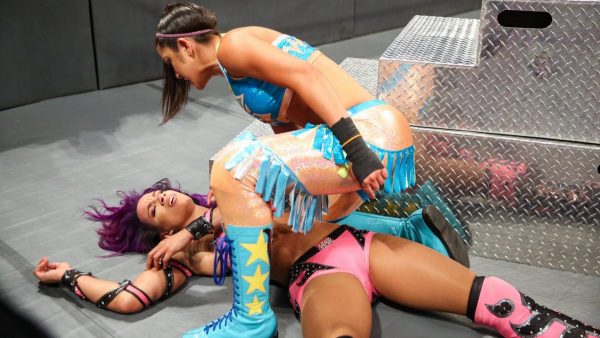 Moment of the Week
Bayley snaps on Sasha Banks

FINALLY! For the first time EVER on the main roster, we got some character development from the Hugger. After suffering a defeat at the hands of the Riott Squad, Bayley finally unleashed a fury on Sasha Banks that we have all been waiting for. I swear, these two have been dancing around this confrontation for years. Seriously, my entire three stages of puberty didn’t last this long. It was great to finally see some fire from Bayley, signaling that heel turn may not be as improbable as a lot of us initially thought. I’m interested to see where this goes….

Following Daniel Bryan’s match with Luke Harper, Kane returned to assist his old pal against the Bludgeon Brothers. In doing so, Team Hell No reunited and will compete for the Smackdown Tag Titles at Extreme Rules. This was a smart decision by the company, allowing Bryan to remain out of the title picture but still satisfy the fans. This team was very entertaining the first time around, so let’s hope they can regain that momentum. 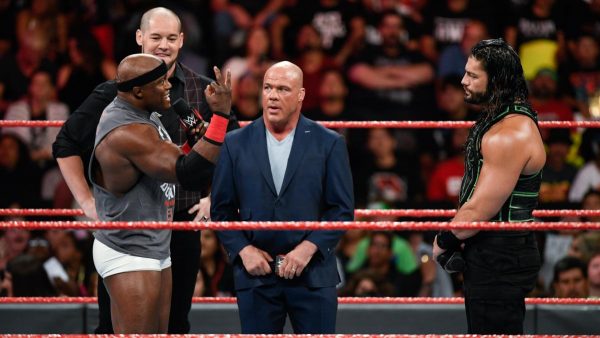 Let’s start with the flagship show. Pushing Bobby Lashley into a feud with Roman Reigns is a smart move. Lashley hasn’t been getting cheered heavily since his return, and a program with Roman should increase the cheers for him. It’s also nice seeing The Revival and the Authors of Pain getting TV time. They are two of the best teams in the company and they deserve to be featured. Over on Smackdown Live, SANITY proved they could hang with the big boys in a six man tag against Jeff Hardy and The Usos.

The Seth Rollins/Dolph Ziggler rematch was good, but certainly didn’t top their initial match. Also, introducing Roman Reigns into a potential feud with Ziggler and McIntyre is puzzling considering he appears set to face Lashley at Extreme Rules. Any time Natalya, Nia Jax or Mickie James grabs a microphone, I immediately mute my television. So that didn’t work for me either.

Show of the week 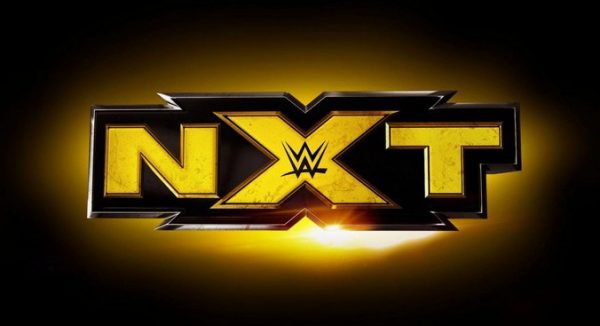 I hope I wasn’t too harsh this week. I tried to find some silver lining. Hopefully the promising storylines continue to develop throughout the Summer.