This coming Sunday, we have eleven matches on this four hour-long show to go with unannounced Kickoff show matches. Before the card changes due to another Wellness Policy violation, lets see what we have to look forward to at SummerSlam. 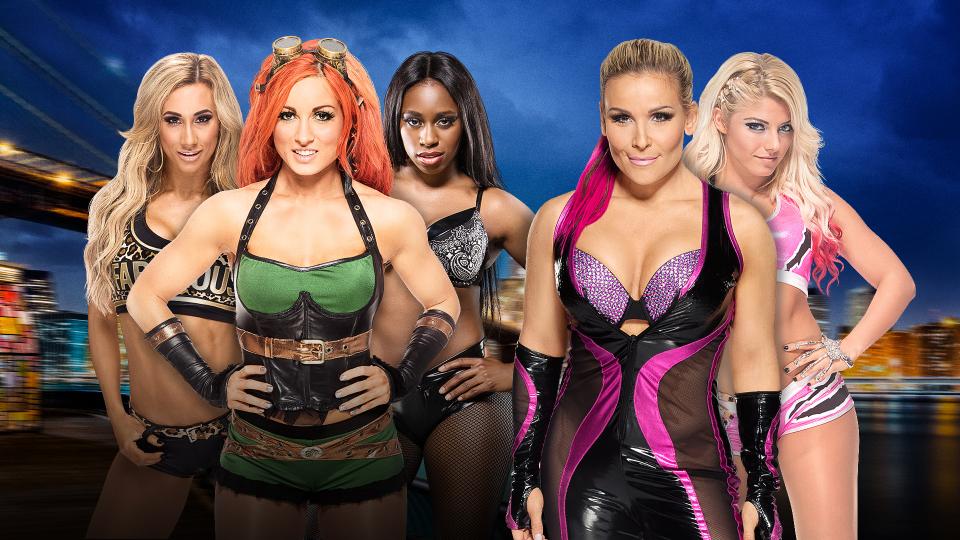 Eva Marie was scheduled to team with Natalya & Bliss prior to her suspension. As I am writing this on Thursday night, there has not been anyone named to replace Eva and this might end up being a handicapped match. The match was likely going to revolve around Eva and whether or not she actually steps foot into the ring but now, who knows what will happen. There is a chance that someone else returns (maybe Tamina comes back from injury?) or they call someone else up from NXT for a one-shot deal but either way, I believe they have the face team take this match at this point. At the very least, they can make the crowd happy here. BAYLESS’ PICK: CARMELLA & BECKY LYNCH & NAOMI 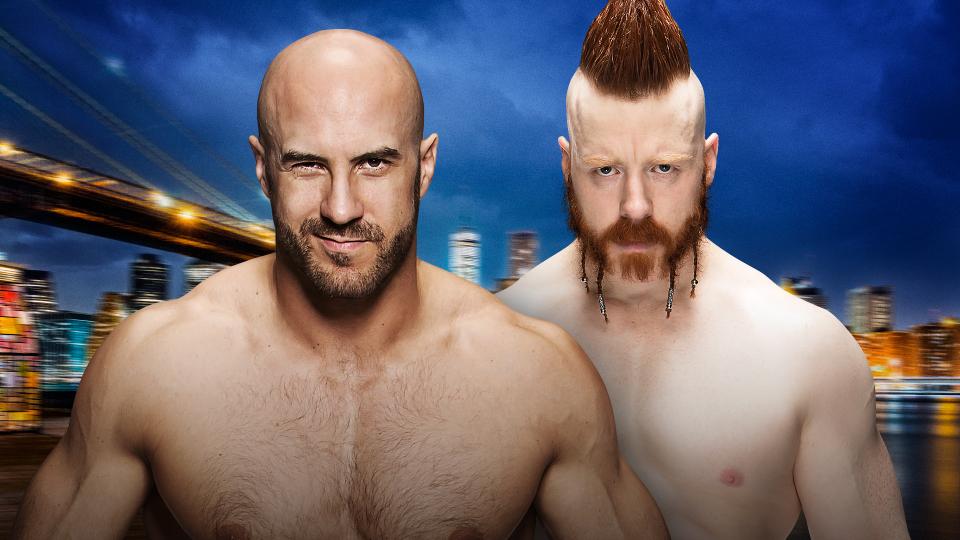 Cesaro had beaten Sheamus twice already prior to RAW GM Mick Foley putting them together in a best of seven series due to how they kept interfering in each others matches. Since Cesaro already has wins on Sheamus heading into this, they should give Sheamus a win here to build up some drama. Ultimately, Cesaro should win this series and probably will but for now, Sheamus needs a win as I expect a hard-hitting match between the two but I do not know if this can hold the fans interest as the feud has not been setting the world on fire. BAYLESS’ PICK: SHEAMUS 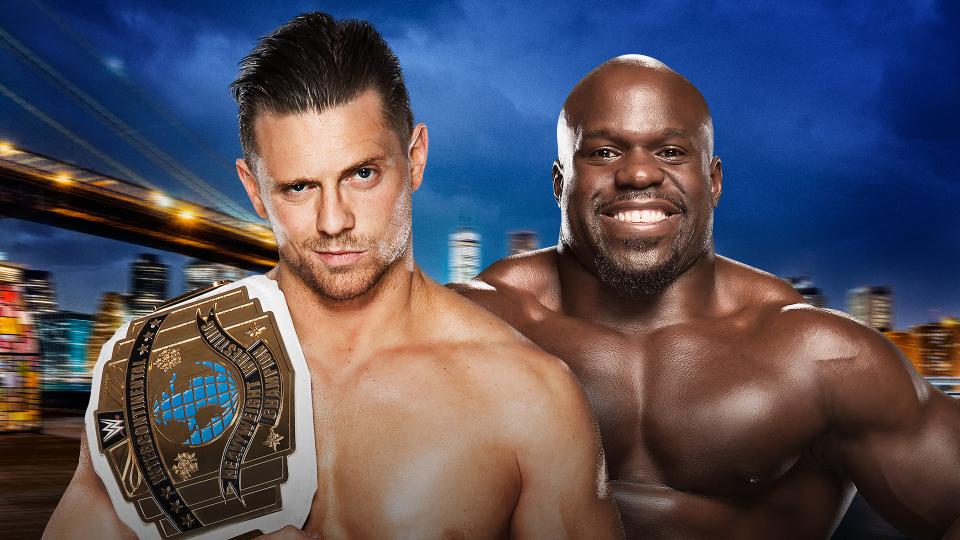 THE MIZ (C) W/ MARYSE VS. APOLLO CREWS FOR THE WWE INTERCONTINENTAL CHAMPIONSHIP

Since being drafted to SmackDown, Miz has been made to look like a joke. Even SmackDown GM Daniel Bryan told Miz he was only drafted for the Intercontinental Title, not because they wanted him on there show. This match has little fanfare heading in and they had Crews powerbomb Miz, who called him “Apollo Creed” on SmackDown last week as a way to build up some interest. Crews has yet to catch on since debuting after WrestleMania 32 but he is someone they are going to be focusing on in the future and I think there is no better way to do that than win the Intercontinental Title decisively at SummerSlam. BAYLESS’ PICK: APOLLO CREWS 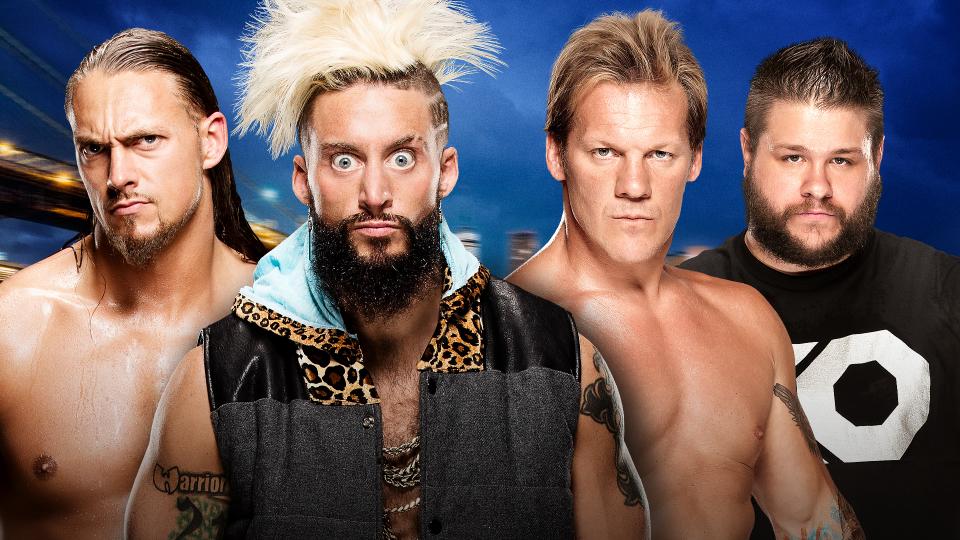 Jericho & Owens have teamed up together due to a mutual hatred for Enzo Amore. They are also both a bit afraid of Big Cass. The Jericho & Owens pairing seems temporary and I assume it leads to them turn on each other and that could happen here. I suspect a competitive match and some miscommunication between Jericho & Owens. Enzo & Cass are going to be insanely over with the crowd too and there is no way they should be losing this match. BAYLESS’ PICK: ENZO & BIG CASS 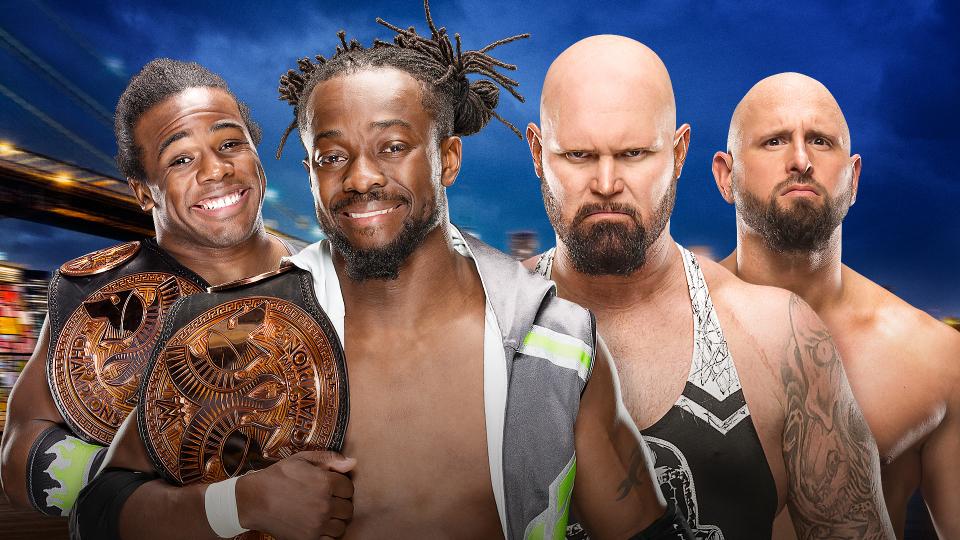 The story here is whether or not Kofi & Xavier can overcome the loss of Big E to defeat their powerful opponents. This is a feud that started off good but the past few weeks has ended up revolving around skits about testicle jokes. They are still touting the New Day’s long title reign but they had built up Gallows & Anderson strong at the beginning of this feud and a loss here would render this team just about dead. I do not think they are going to bury Gallows & Anderson here like that and they will win the titles and possibly feud with Enzo & Big Cass. BAYLESS’ PICK: LUKE GALLOWS & KARL ANDERSON 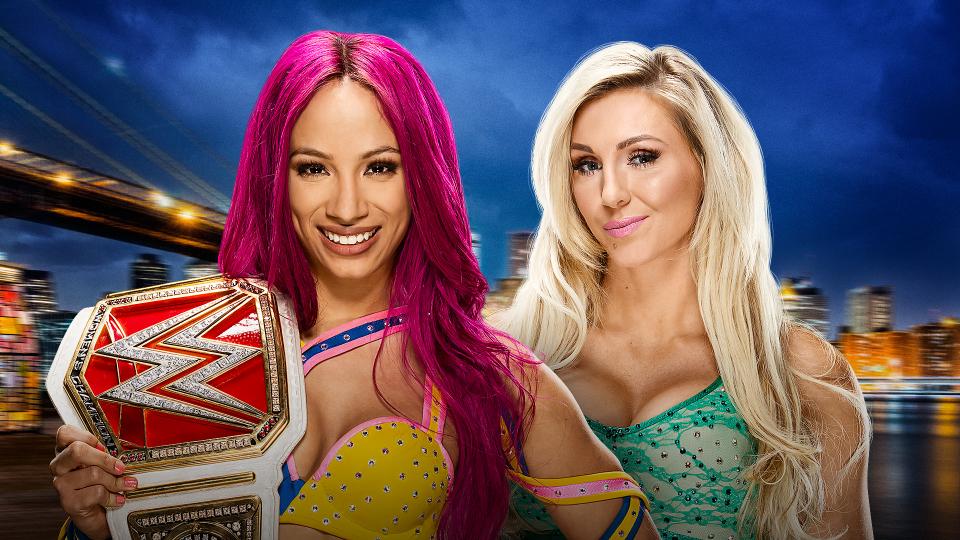 SASHA BANKS (C) VS. CHARLOTTE FOR THE WWE WOMEN’S CHAMPIONSHIP

Although they had a nice angle on RAW this past Monday with Dana Brooke running interference so Charlotte could attack Sasha’s leg, this feud died down once Sasha defeated Charlotte for the title on the first RAW episode that took place after the draft. I suspect a good match and for Charlotte to attack the leg but Sasha will retain the title in front of the same crowd that went nuts for her and Bayley last year. BAYLESS’ PICK: SASHA BANKS 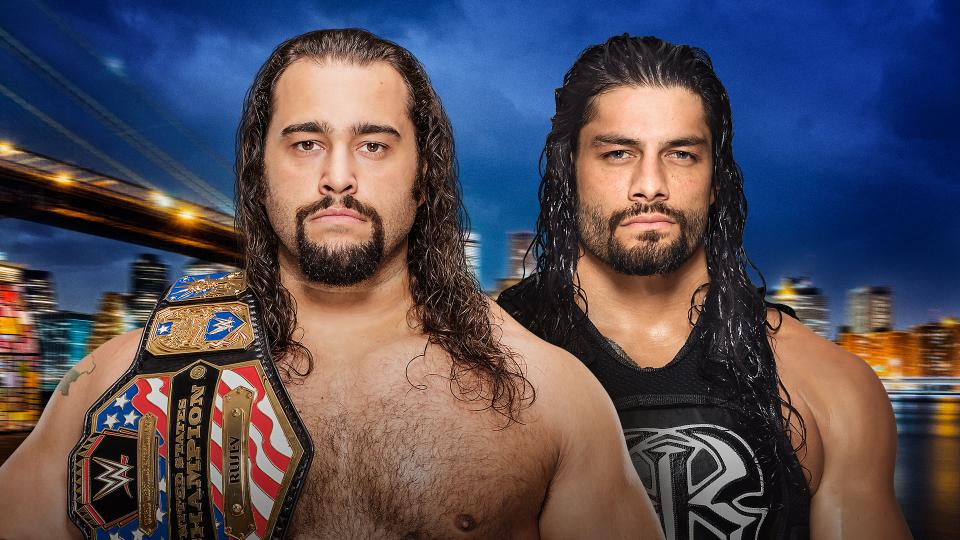 This feud has been one of the highlights of RAW over the past few weeks. Reigns is starting to get cheered more and has displayed the confidence that has been missing for most of the past year. Rusev’s heel work is truly top notch as they continue to build him up since splitting up the League of Nations. Since Reigns won on RAW this past Monday, I believe that Rusev will get the win here and retain, likely by DQ or even interference as they could have Lana cost him the match as she gets revenge for getting her face smooshed into a cake. BAYLESS’ PICK: RUSEV 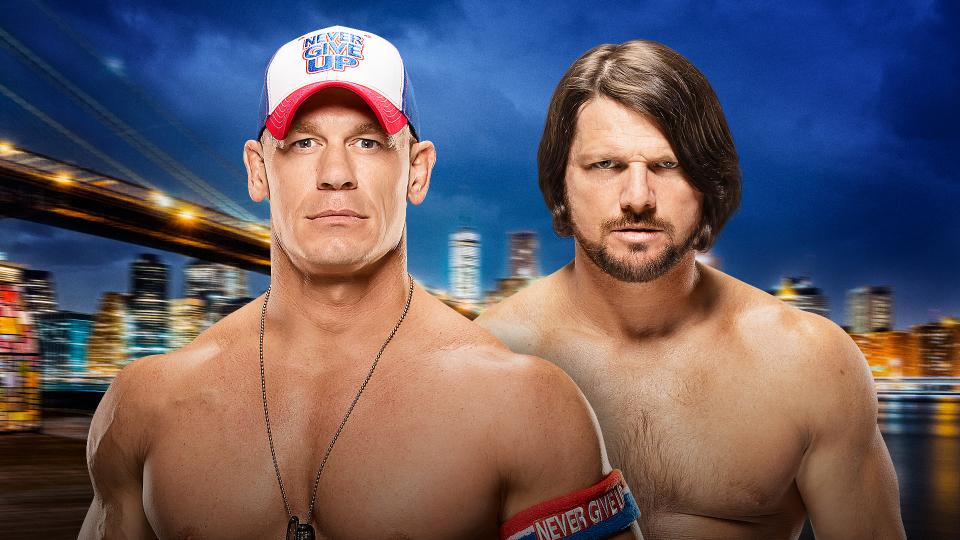 This should be one of the best matches on the show. Both men have been great on the mic when going back-and-forth as this should be the end of their feud. With the news Cena will be filming a new season of “True Grit” and that he might not be available for the first SmackDown-only PPV, I see AJ winning this match and moving on to challenge for the WWE World Championship. BAYLESS’ PICK: AJ STYLES 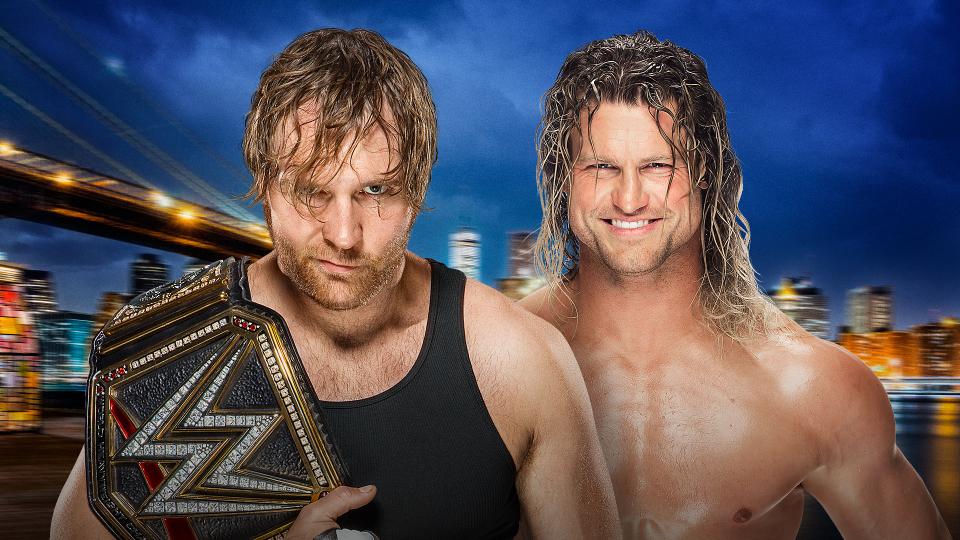 This is a feud that has been developing nicely on SmackDown and has been better since moving past the Bray Wyatt involvement. Ziggler has really stepped up his game in this title program while Ambrose has also done a fine job building tension as he keeps telling Ziggler he doesn’t want the title bad enough and that has been holding him back, not politics within the company. I suspect had a solid match here but at the end, Ambrose ends up retaining and ends up respecting Ziggler at the end. BAYLESS’ PICK: DEAN AMBROSE 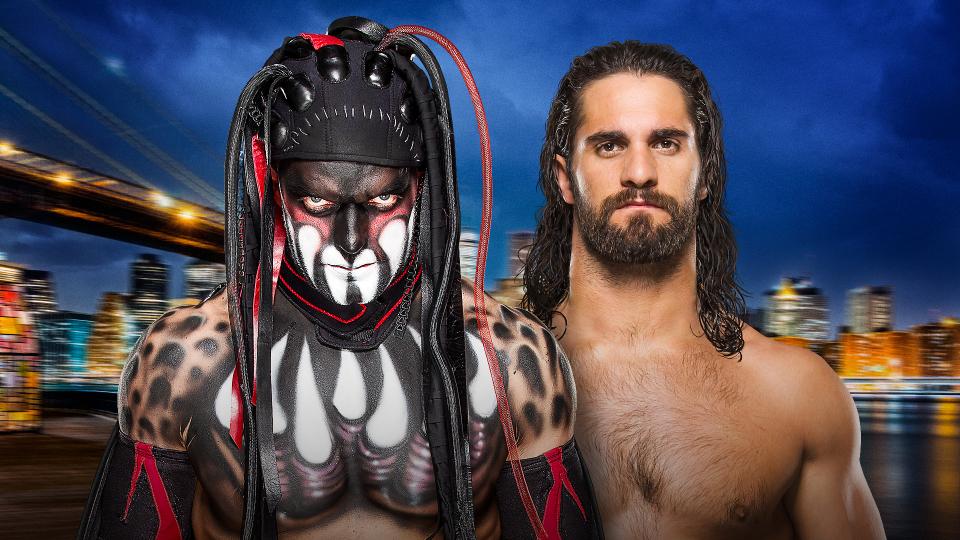 FINN BALOR VS. SETH ROLLINS FOR THE WWE UNIVERSAL CHAMPIONSHIP

This match has the potential to steal the show. With Balor introducing the Demon King character this past Monday on RAW to give us a preview of what to expect this Sunday, I do not see how he loses this match though. Having the Demon King character lose right off the bat is a terrible idea. You can even set up a rematch at the next RAW PPV with Rollins saying Balor cannot beat him when not the Demon King. I see Balor winning and being crowned the first WWE Universal Champion. BAYLESS’ PICK: FINN BALOR 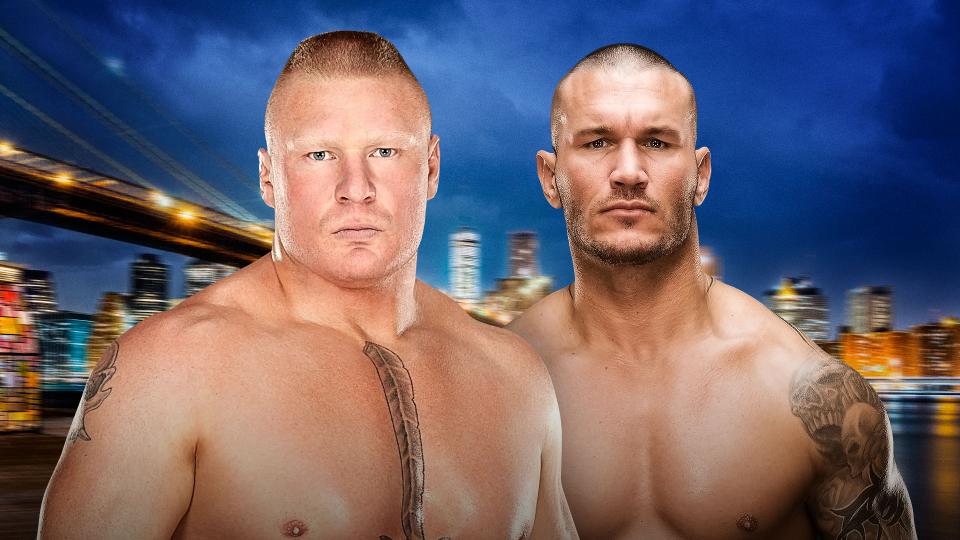 The match billed as “fifteen years in the making” has gotten the most hype on TV leading up to the show. The feud has been built up quite well and these two have the ability to put on a great match. It will be interesting to see the crowd reaction for this too as I suspect it will go on last. Since both guys are on different brands, they could use this to build more tension between RAW and SmackDown. However, I see Lesnar winning the match as Orton gives everything he has but at the end is unable to overcome the Beast. BAYLESS’ PICK: BROCK LESNAR