This coming Sunday at Payback, the WWE has put together a nice card along with an intriguing main event and a major decision by Vince McMahon on who will be in charge of RAW going forward. So, lets see what we have in store for Sunday. 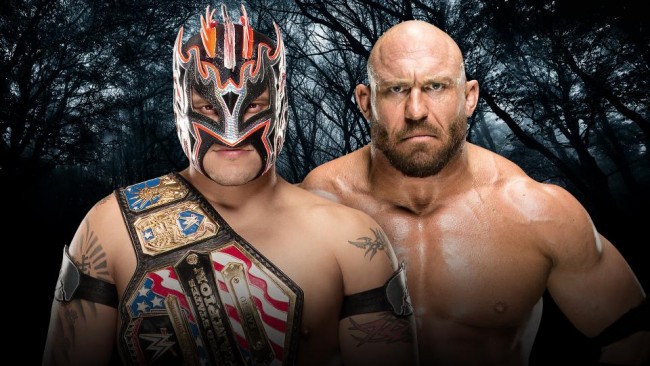 Not much of a build-up to this match. Kalisto defeated Ryback on the WrestleMania 32 pre-show to retain the title but lost in a non-title match last week on Smackdown. Neither guy has been featured since WrestleMania and Kalisto’s title reign started off okay but he has been floundering with that belt for a month. With rumors of Apollo Crews feuding with Ryback, I suspect the Big Guy wins here and will at some point drop the belt to Crews later on this Summer. I also suspect Kalisto is back with Sin Cara as the Lucha Dragons for a bit. BAYLESS’ PICK: RYBACK 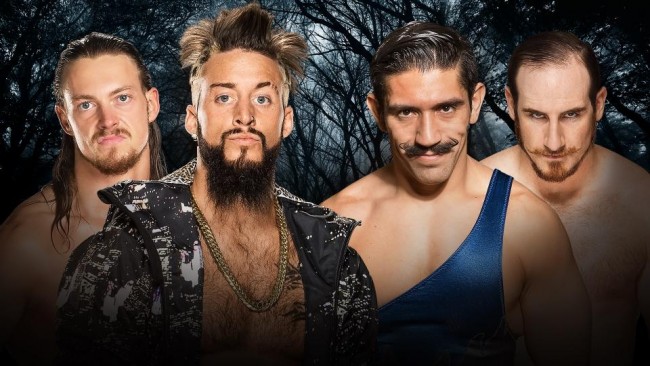 A tale of two teams. Enzo & Cass have been electrifying the live crowds since their debut the day after WrestleMania. On the other hand, the Vaudevillains have done the opposite. Enzo & Cass have been highly entertaining but I think its too early for them to be in a feud with the New Day, who just recently turned face. It does not make much sense. I think that the Dudley Boyz cost Enzo & Cass their shot at the titles while the Vaudevillains are fodder to the New Day until they are put in a new feud (Luke Gallows & Karl Anderson, perhaps). This tournament has yet to give us a good match so hopefully these two teams can change that. BAYLESS’ PICK: THE VAUDEVILLAINS 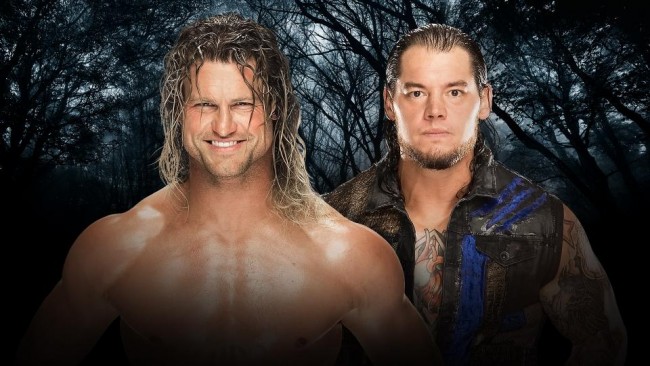 This feud started the night after WrestleMania when their match ended via countout and Corbin hit Ziggler with the End of Days on the floor. Corbin attacked Ziggler the following week too but Ziggler came back this past RAW and got some revenge when he jumped Ziggler from behind. This seems designed to get Corbin over and I expect him to win here as Ziggler does all he can to make Corbin look like a threat. It will be interesting to see how Corbin fairs in his first WWE PPV. BAYLESS’ PICK: BARON CORBIN 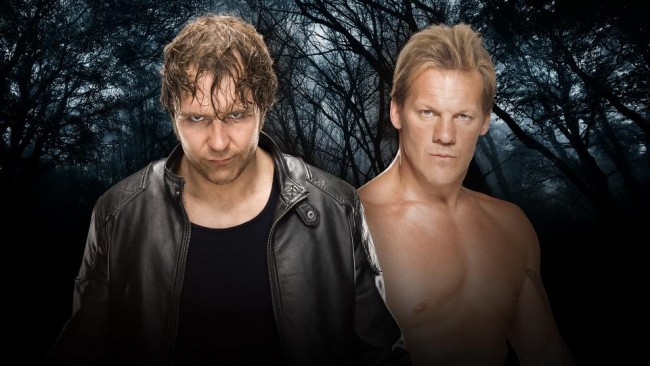 This feud developed when Ambrose broke the news to Jericho that his talk show, the Highlight Reel, had been replaced with his own show, the Ambrose Asylum. Since that time, Jericho has been increasingly angry over Ambrose’s wacky antics. However, Ambrose became a lot more serious last week after he was attacked by Jericho the week prior and these two gave us a great, heated segment that ended with Ambrose getting dropped face-first onto the TV monitor. I see this feud continuing for a bit and for that to happen, Jericho getting the win, likely by cheating, will need to take place. Should be a good match, regardless. BAYLESS’ PICK: CHRIS JERICHO 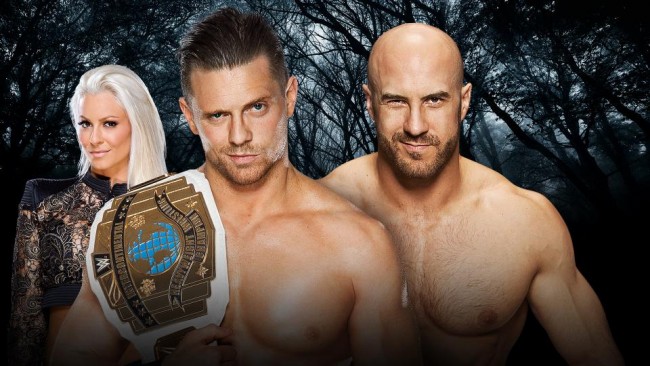 CESARO VS. THE MIZ (C) W/ MARYSE FOR THE WWE INTERCONTINENTAL CHAMPIONSHIP

After winning the IC Title the night after WrestleMania with help from the returning Maryse, the Miz has since been given a renewed push with the company and so far its been with positive results. Cesaro also returned from injury on that show and with a new look that suits him well, no pun intended. Their interactions, which revolve around movie quotes for the most part, have been up-and-down but the root of the feud (cocky and pretentious guy against stronger, tougher opponent) is a good one. The Miz/Maryse act is new and doing fine so I cannot see the title changing hands here. My bet is that the Miz retains either by DQ or countout, but Cesaro will technically get the win, just not the title. BAYLESS’ PICK: CESARO 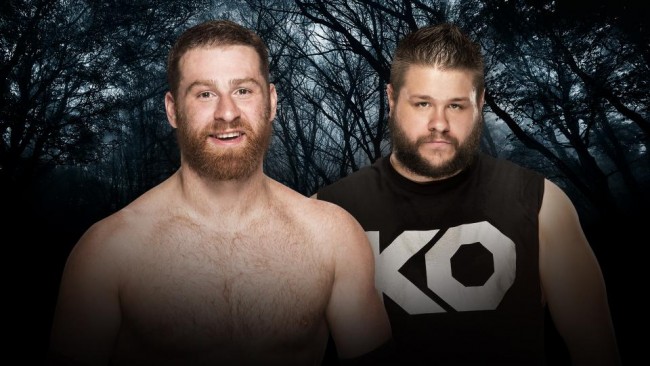 The WWE is really starting to amp up the feud between these two, highlighted by the tremendous video package shown this past Monday on RAW. Owens’ character is great but Zayn’s needs some refining and more than just the “underdog from the underground” catchphrase. These two can tear the house down and I expect this match is just the first in a series of many between both guys. I think Owens takes this match, possibly by cheating, as they continue with the story of Zayn being the underdog. BAYLESS’ PICK: KEVIN OWENS 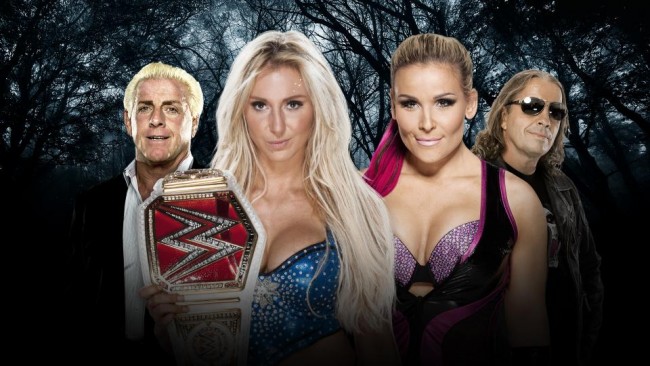 These two started feuding after Charlotte put down Natalya’s family for not being as good as her own, which ultimately led to Natalya bringing in her uncle Bret to even the sides and prevent Ric Flair from interfering. So far, the feud has been solid. I suspect another good match between the two but Charlotte retaining as her heel persona continues to grow. BAYLESS’ PICK: CHARLOTTE 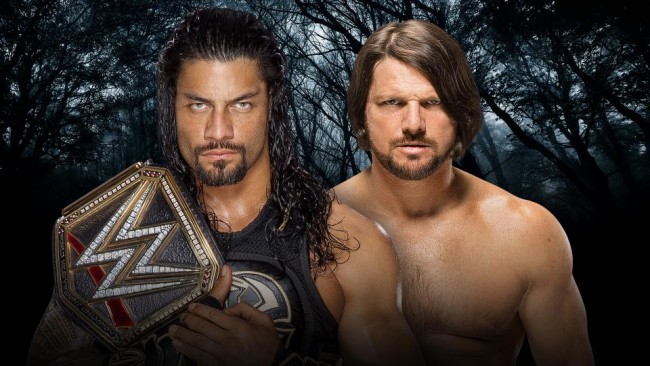 These two can probably pull off a great match together. However, the most interesting part is not the outcome but the storyline heading into the match. With Luke Gallows & Karl Anderson debuting and creating chaos by attacking Roman Reigns and his cousins for their old friend Styles, who wants no part of it, they’ve created a lot of intrigue as to what will happen next. It’s too soon for Reigns to drop the title and I assume he retains here but how he retains will be the fun part. Will Gallows & Anderson align with Reigns? Will this lead to someone else returning or making their debut? Or, will it turn out that Styles eventually accepts the help from his own pals? Either way, it will make for a great event. BAYLESS’ PICK: ROMAN REIGNS