This Sunday, a new Money in the Bank Briefcase Winner will be crowned. We also have the return of John Cena and Seth Rollins as they are back from injury. With all that said, lets see what is in store for us fans this Sunday and how I think things will play out.

A few weeks ago, these two began to feud after Sheamus attacked Crews backstage after losing a Money in the Bank qualifying match to Sami Zayn. The feud’s premise is the old guard, Sheamus, sick of hearing about all of the “New Era” talk as he wants to prove to Crews and everyone else that he is still around and one of the best while Crews is showing that he refuses to back down. This feud, I suspect, will still keep going after this show ends and I believe Sheamus winning, likely by cheating, is going to be what happens. If Sheamus does not win by nefarious means, he better be losing because him beating Crews clean is a terrible idea. And this is coming from someone who thinks he is underappreciated for what he does in the ring. BAYLESS’ PICK: SHEAMUS

This is the third straight PPV Kickoff Show Match between these two guys. The feud itself has been lackluster to say the least and they are not having good matches in the ring. This feud was designed to get Corbin over I imagine but it has not done any favors for him at all. Even still, he is the one with more potential with the company and I believe he wins here and thankfully moves on to another feud. BAYLESS’ PICK: BARON CORBIN 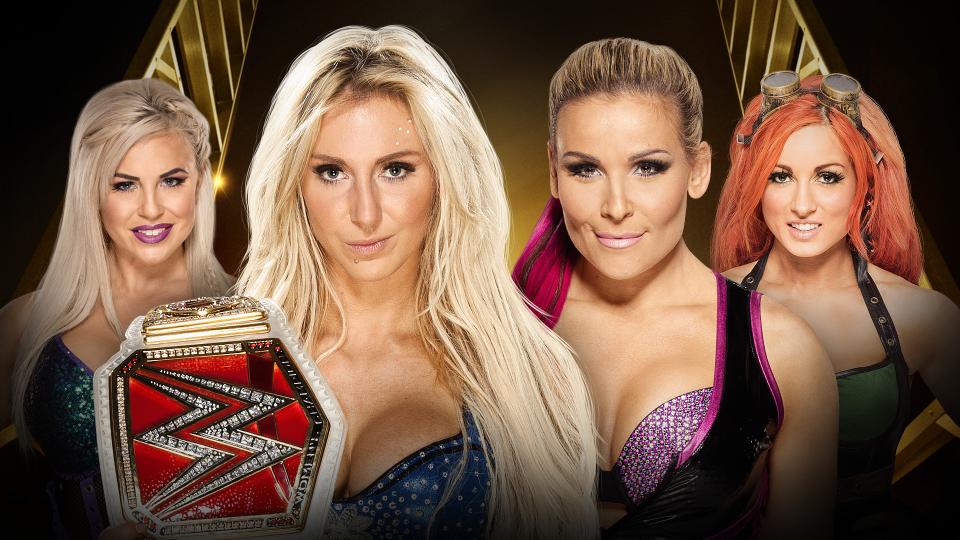 Since dumping her father, Charlotte’s paired up with Dana Brooke to take part in some really bad TV segments on RAW. Right now, the Women’s Division is a mess, from creative due to the fact they are dealing with a significant amount of injuries. We have already seen Charlotte in feuds with Becky and Natalya so building one of them up again as a challenger seems like a waste. I think Charlotte & Dana take this match and if the rumors of Sasha Banks facing Charlotte at SummerSlam are true, maybe Sasha makes her return to attack Charlotte if she and her partner cheat to win. BAYLESS’ PICK: CHARLOTTE & DANA BROOKE 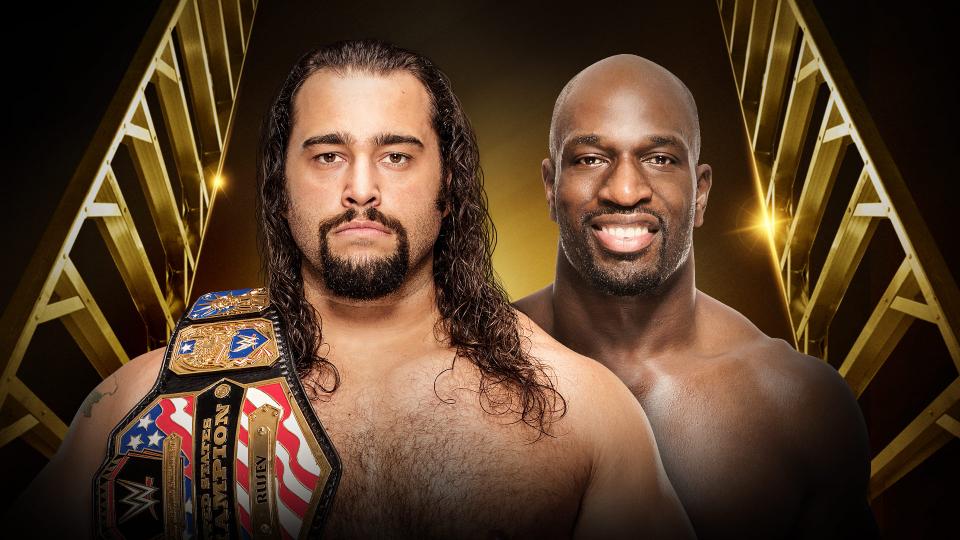 Since regaining the U.S. Title, Rusev is once again being built up as a threat. And he is a great performer and someone who should be positioned as a much bigger star. Titus has returned from his suspension and has been calling out Rusev for running away from him. They are also advertising that Titus, a “Father of the Year,” will have his kids sitting ringside for this match, which does in fact take place on Father’s Day. With the WWE’s tendency to make “moments,” perhaps they let Titus win on Father’s Day only to drop the title back to Rusev quickly but I think that’s a terrible move. Rusev is the one with the most potential out of the two and should be made to look strong. BAYLESS’ PICK: RUSEV 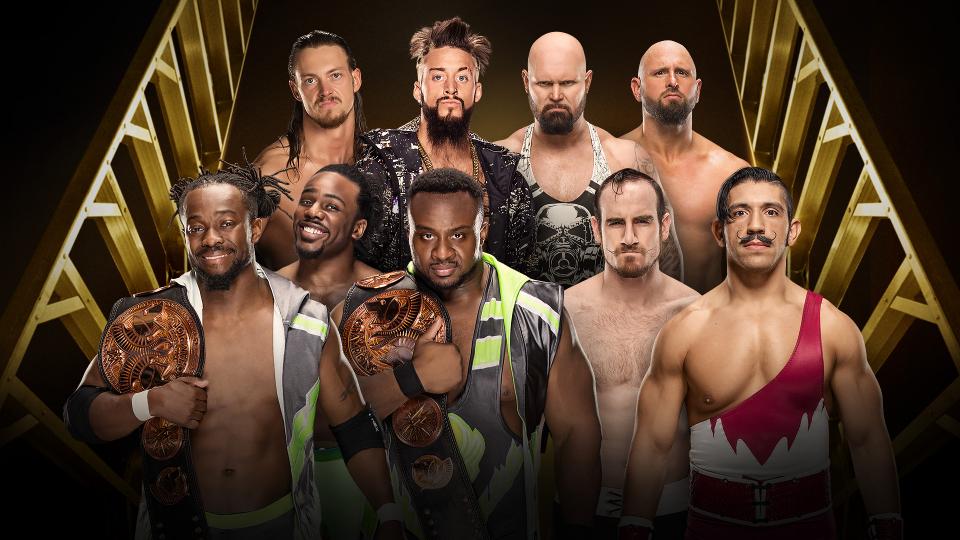 First off, the Vaudevillains have virtually no shot at winning this match so lets take them out of the equation. Enzo & Cass are getting over well since debuting a few months ago but at this juncture, they are not ready for the titles. The real favorites here are Gallows & Anderson or the New Day. The former have been strongly built up as the favorites to dethrone the New Day. Eventually, I believe the match ends by starting up a feud between Gallows & Anderson and the New Day. You could start that by having Gallows & Anderson win to lead to a feud, with the New Day rightfully claiming they were never pinned. However, I think the New Day retains here, and chase that “record” held by Paul London & Brian Kendrick, then they can start their feud after that. BAYLESS’ PICK: THE NEW DAY 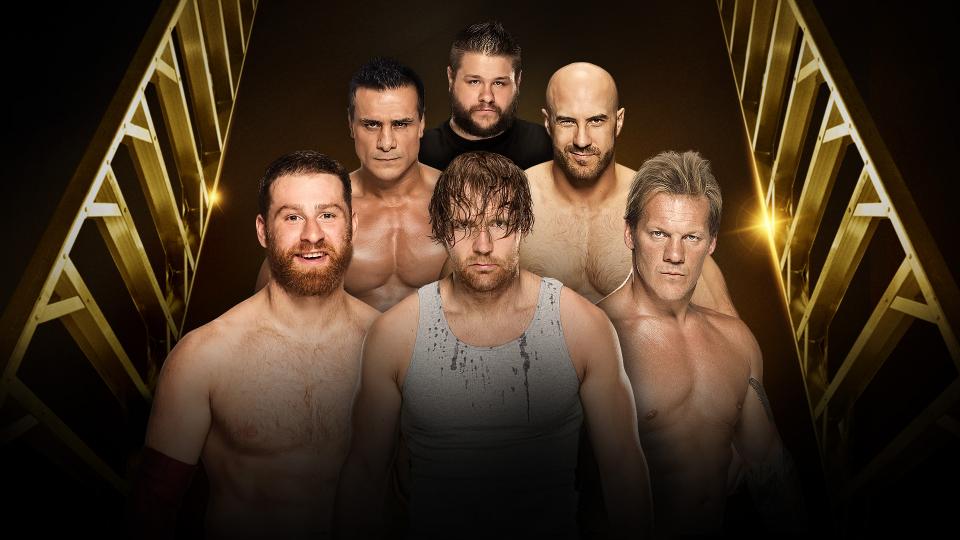 DEAN AMBROSE VS. KEVIN OWENS VS. SAMI ZAYN VS. CHRIS JERICHO VS. CESARO VS. ALBERTO DEL RIO IN THE MONEY IN THE BANK LADDER MATCH FOR THE WWE WORLD HEAVYWEIGHT CHAMPIONSHIP MATCH CONTRACT

I suspect there will not be a surprise seventh competitor entered here. For me, I’d say the top four favorites to win this are Ambrose, Owens, Jericho, and Cesaro. With Zayn’s underdog character, it makes no sense to win the briefcase in his first attempt. It seems they are trying to build Del Rio back up, possibly for a face run. I’d say he is not currently in position to be worthy of the briefcase but neither was Sheamus last year so what do I know. Still, I highly doubt he gets this. Cesaro’s new look has helped his career a lot. I’d think adding the briefcase to that would make for a really cool visual. However, I think he is the least likely of my top four. Cesaro would be better off built up to a title run and personally believe the briefcase is designed best for a heel to win. Ambrose is not a heel but the fact they had all three former members of the Shield fighting on RAW this past Monday with him standing tall certainly showed that he is a definite favorite here. If you are going to use the briefcase to have someone cash-in and have a short reign, Jericho would fit that bill. However, I don’t think he should win and believe Owens with the briefcase makes for the more interesting dynamic. Plus, teasing cash-ins while the champ is down works well with his character. I think Owens takes this match and possibly aligns with Stephanie at some point after the upcoming draft. BAYLESS’ PICK: KEVIN OWENS 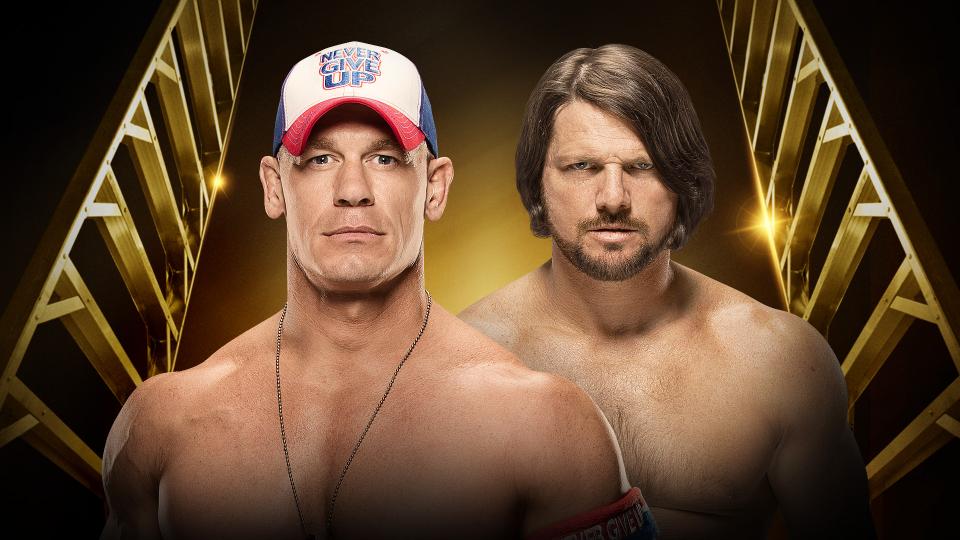 These two men have been fantastic so far in this program. For a guy who has been criticized for not being strong on the microphone, Styles has been superb in going back-and-forth with Cena. Their segment from this past RAW was one hell of a hype job for this first-time encounter between the two. This feud should continue after that and in order for that to happen in a sensible manner, Styles should win this match here and it could be a classic. I suspect these two will continue to feud right through the Summer. BAYLESS’ PICK: AJ STYLES 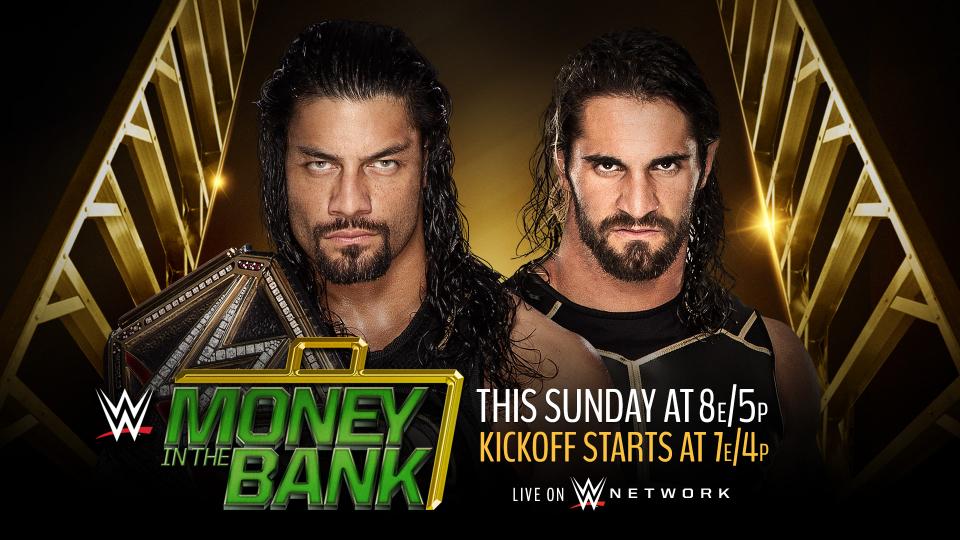 This is Rollins’ first PPV match since returning from injury. Despite the fact a lot of crowds love him, he is the heel going up against a cold babyface Champion in Roman Reigns. Its far too soon for Reigns to lose the belt and I think this feud continues and can possibly morph into a feud between all three former Shield members. I think Rollins is going to kept strong in defeat and they also have the possibility to steal the show but I cannot fathom a scenario in which Reigns loses the title here. They haven’t gone this far to throw in the towel at this juncture. BAYLESS’ PICK: ROMAN REIGNS