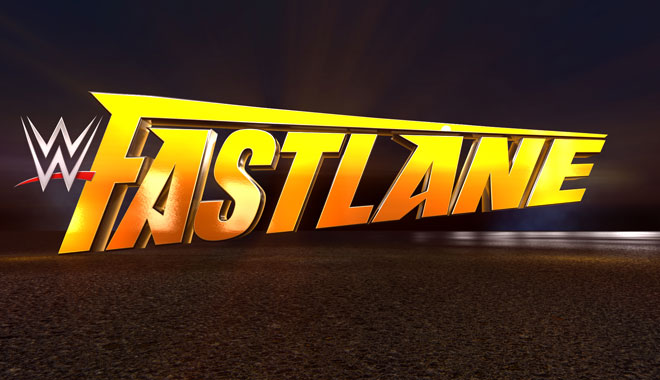 This coming Sunday on the WWE Network, we will find out who will go on to face Triple H in the main event for the WWE World Title at WrestleMania. Also, we get to see three title matches and more as the Road to WrestleMania will become clearer after this show. So, lets see everything else that will be on the show.

After losing the U.S. Title for the second time in a month to Kalisto at the Royal Rumble, Del Rio is continuing to state that Kalisto’s wins were nothing more than flukes and challenged to a 2/3 Falls Match. Since winning the title back, Kalisto has teamed up with the returning Sin Cara against Del Rio and the rest of the League of Nations with little success. With the heel issuing this type of challenge, it makes zero sense for the babyface to lose, as it establishes him as a fluke. And even after getting a sense that Kalisto will be teaming with Sin Cara a lot going forward, I still do not think pull the trigger for another shot now. Maybe Kalisto loses it in a multi-person match at WrestleMania but at Fastlane, I believe he is retaining. As far as the match, if they actually give it time, they could have a solid outing but I would hate to see it rushed with these stipulations. BAYLESS’ PICK: KALISTO

These two have had a solid TV feud for the past few weeks, which has also been enhanced by the Miz. They are tied 1-1 with each other as the story is that Jericho just does not like AJ’s personality but does respect his wrestling ability. Jericho has not made a full heel turn yet and probably will here but I think AJ should win the match. Jericho can attack him afterwards to get his heat back. Anyway, AJ losing in his first PPV match makes zero sense and I expect him to win in a good bout. He has been getting over well with the crowds and while not much on the microphone he is able to tell a story in the ring and has an arsenal of offense that the fans love to see. BAYLESS’ PICK: AJ STYLES

Owens regained the Intercontinental Championship last week on RAW in the Fatal Five Way match. He had lost to Ziggler two straight weeks prior to this and did not want to give him a title shot when Ziggler asked backstage at RAW last week. Well, the match was made and I can not see any way in which Owens loses the title again. And yes, Kalisto only had a three-day reign recently with the U.S. Title but I do not see their feud ending this soon. I could see a finish in which Owens retains through disqualification or by getting counted out, leading to another stipulation match in the future but I firmly believe that Owens is holding the title here and that Ziggler will continue to chase. They have several good matches in the past few months and should have another on here as well. BAYLESS’ PICK: KEVIN OWENS

This feud really started when Charlotte told Brie that she was the one who sidelined her sister Nikki with a neck injury after she beat her for the title. Then, Brie got a fluke rollup win over Charlotte on RAW after weeks of losing to just about everyone she faced. They used Daniel Bryan’s retirement speech to add fuel to the fire here and make Brie appear sympathetic, since she really did not have an official face turn, she just became one after her husband retired. They will make this competitive, I believe, but at the end of the day, I do not see Charlotte dropping the strap. There is also the possibility that this could be Brie’s final match as well and a chance to go out with a solid match, which might be tough to pull off. BAYLESS’ PICK: CHARLOTTE

Although splitting from Team BAD, Sasha has not done much to establish herself as a babyface. She is teaming with Becky out of necessity I guess, seeing as she does not like her and did not care to even make the save for her on RAW this past Monday. If they want to make Sasha a face, they are doing a poor job at having her come across likable, especially since Becky has been getting a decent reaction from the crowd as of late and Sasha treats her like garbage. This whole feud seems like a vehicle to put Sasha over and while Team BAD makes for a good heel act, Sasha is the one with the bigger future and she goes over. BAYLESS’ PICK: BECKY LYNCH & SASHA BANKS

This match came about after the Wyatt Family beat down each man individually over the past few weeks. The others got revenge by attacking the Wyatt Family, including Kane coming through the ring on this past episode of RAW. It seems as if they want to keep the Wyatt Family strong and to push Strowman so I believe he will score the pin here for his team. The non-Wyatts really do not have anything going on at this point and all seem like they are going to end up in the Battle Royal at WrestleMania. This match could be really ugly or turn out to become a halfway decent brawl. Lets all hope for the latter. BAYLESS’ PICK: ERICK ROWAN & LUKE HARPER & BRAUN STROWMAN

This is the main event, with the winner going on to face Triple H at WrestleMania 32 for the WWE World Title. There is also a storyline here with Stephanie attempting to drive a wedge between the Ambrose/Reigns friendship. The two have been calling her out when she has tried to do so but Ambrose did tease hitting Reigns with the Dirty Deeds before bumping fists and then stared at the WrestleMania sign on this past RAW. And their friendship storyline also is involved with another one, which is Ambrose not being afraid of taking Lesnar’s punishment or even wanting help in getting revenge. I expect a really good match here and the friendship of Reigns and Ambrose to become even more conflicted during and after the match. With that said, I think Ambrose turning heel on Reigns here could be disastrous. They can save that for after WrestleMania. With the rumored direction of Lesnar vs. Wyatt at WrestleMania, I expect the Wyatt Family to cost him this match, leaving Ambrose and Reigns to face each other and at the end, I believe Reigns is victorious and they stick with the rumored plans of Reigns vs. HHH at WrestleMania for the title but they have done a solid job at building up the other two as legitimate contenders. It will be interesting to see how the crowd will react to Reigns winning, as he has not been getting good reactions of late or even doing anything at all to stand out from the pack. And with Ambrose gaining more and more traction with the fans, they should be careful how they book a Reigns win because more fan revolts against Reigns is not what the company or Reigns himself needs. BAYLESS’ PICK: ROMAN REIGNS