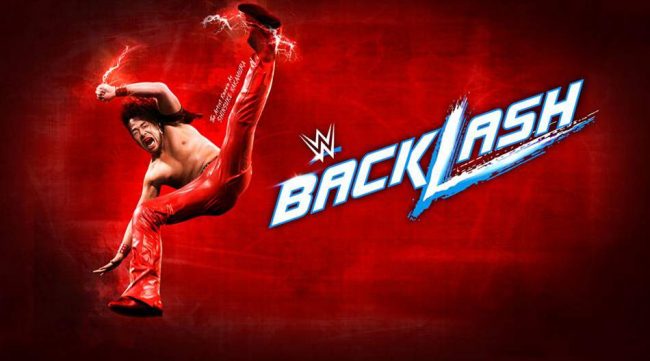 Not exactly the most exciting Kickoff Show match we’ve seen. They seem to be intent on giving English the gimmick of going mental and crying and there’s no better way to continue that than having him get pinned here by Dillinger. BAYLESS’ PICK: TYE DILLINGER

They are overhauling Rowan’s gimmick now and after the first week it’s been more entertaining than he was as a member of the Wyatt Family or as the Vintner. Harper is a really good talent but after being involved with Randy Orton and Bray Wyatt at the beginning of the year, he’s been floundering. Since Rowan is the one with some character direction right now, I’ll take him to win this match. BAYLESS’ PICK: ERICK ROWAN

Corbin is rumored to be one of the guys the WWE wants to push strongly over the Summer where as Zayn is someone who seems destined to put over guys like Corbin. They could always do a fluke win with Zayn then have Corbin destroy him afterwards to get his heat back and lead to another gimmick match but I think Corbin wins here and they get him on track for bigger things. BAYLESS’ PICK: BARON CORBIN

The Naomi, Charlotte, and Becky team by far has the most pedigree. However, I do not expect them to win here as its too predictable and to me does not lead to anything intriguing. I think either Naomi and Charlotte have some miscommunication and that leads to a future title match between the two or Becky actually ends up turning on one of her partners. BAYLESS’ PICK: NATALYA & CARMELLA & TAMINA

This is Nakamura’s in-ring debut on the main roster so I expect an elaborate entrance and a lot of suspense after the bell rings. There’s really not much to say about this other than any result other than Nakamura winning cleanly is insane. Ziggler has been uninspired as a heel and Nakamura is the one with the brighter future. BAYLESS’ PICK: SHINSUKE NAKAMURA

This should be the best match of the show. Owens is in the midst of his “Face of America” gimmick and I expect that to continue after this show. I see Owens cheating to win or possibly even getting himself disqualified or counted out in order to retain his title. Styles seems in line for a big role this Summer so he can lose here and end up fine. BAYLESS’ PICK: KEVIN OWENS

This has the potential to be a good match. Breezango has been quite entertaining over the past weeks and The Usos are a solid team. However, with the New Day returning soon, I’d have to think they will challenging for the Titles and a feud against The Usos makes sense so I have the Usos retaining then feuding with the New Day. BAYLESS’ PICK: THE USOS

Jinder is one of the most unlikely title challengers in recent memory. Orton’s title reign has been disappointing to say the least and should he retain here, I do not know where he goes next. They could have some sort of screwy ending that leads to Jinder getting a rematch but whatever happens, I’d be shocked if it leads to Jinder as Champion. And with the way Orton’s been recently, I would actually welcome Jinder as the champion. BAYLESS’ PICK: RANDY ORTON