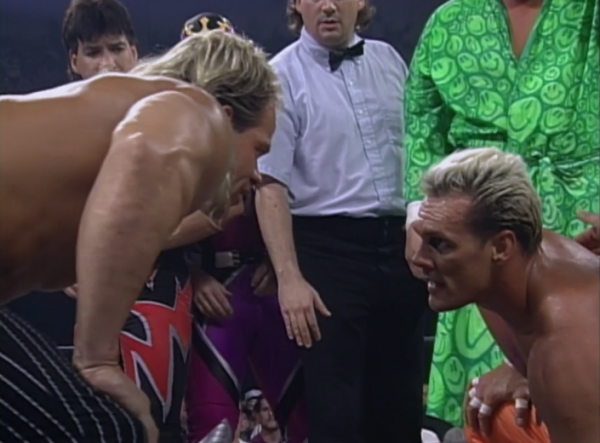 In this episode of Wrestling War Zone: The Monday Night Wars, JT Rozzero & Chad Campbell dive into the 11/6/95 Monday Night Raw and Monday Nitro. They catch up on their personal lives for a few minutes and then talk about Vince McMahon working with Dok Hendrix, British Bulldog’s in ring style, Fake Bill Clinton, Henry Godwinn vs. Rhyno, Shawn Michaels on the phone, the never ending Hart/Lawler/Yankem feud, Giant carrying the WCW Title around, fan interaction, a bizarre cringeworthy visit to Venice Beach, another hard hitting Benoit/Guerrero battle, WCW’s quintessential feud, Nick Lambros and much more.

So sit back, settle in and join JT and Chad as they work their way through the one and only Monday Night Wrestling War era!