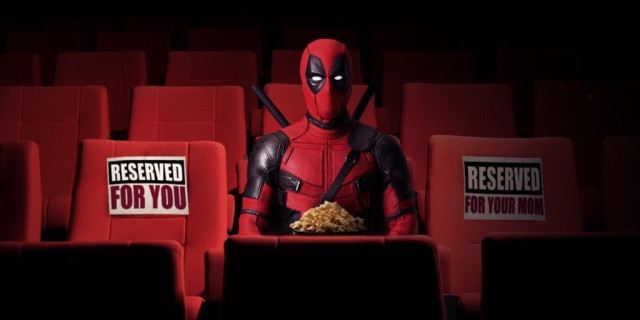 Before we begin, the master of flicks would like to take a moment of silence to remember and forget the first incarnation of Deadpool. We will not honor the first Ryan Reynolds Deadpool, we will simply take steps to remove it from our minds forever. 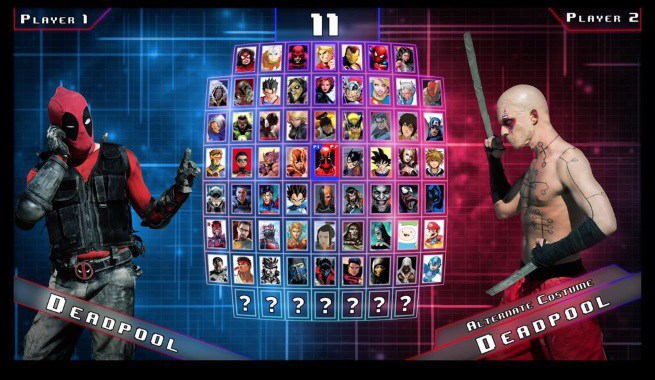 So, let’s begin. Take a deep breath, and remember Wolverine: Origins. Now hold that breath in as I apologize for making you remember this version, and as you exhale let it fade from your mind. Go get a beer, spliff, or any unmarked pill container, and do your best to completely eradicate that memory from your mind. You are now intoxicated, have forgotten the failed attempt at creating the Merc with the Mouth, and are ready to read this edition of Who Gives a Flick: The Deadpool Edition!

“What if I told you we could make you better”, is exactly what the “The Real Heroes of this Film”, co-writers Rhett Reese and Paul Wernick told Marvel about their superhero flick Deadpool. Starring in the biggest R-rated movie of all time, Ryan Reynolds has successfully created his own comeback with one of Marvel’s favorite superheroes. And he deserves this success, because for all his annoyances and failed attempts he is a true Hollywood star. 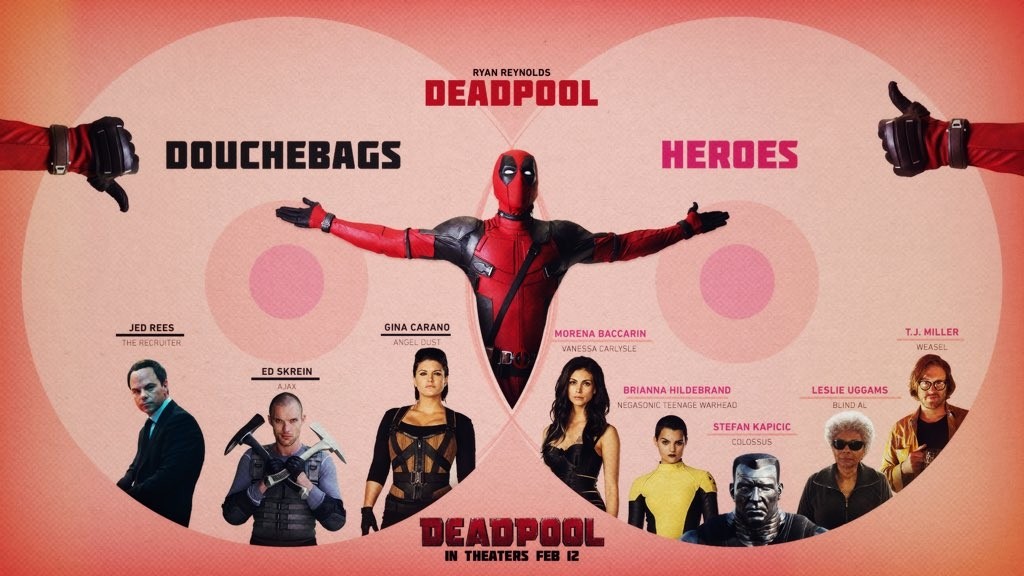 The Flickmeister has been around since the first appearance of Deadpool in New Mutants #98 in 1991, and being at the ripe old age of 9 at the time, comics were my life. I still own nearly every New Mutant comic and certainly own the first 27 editions of X-Force. 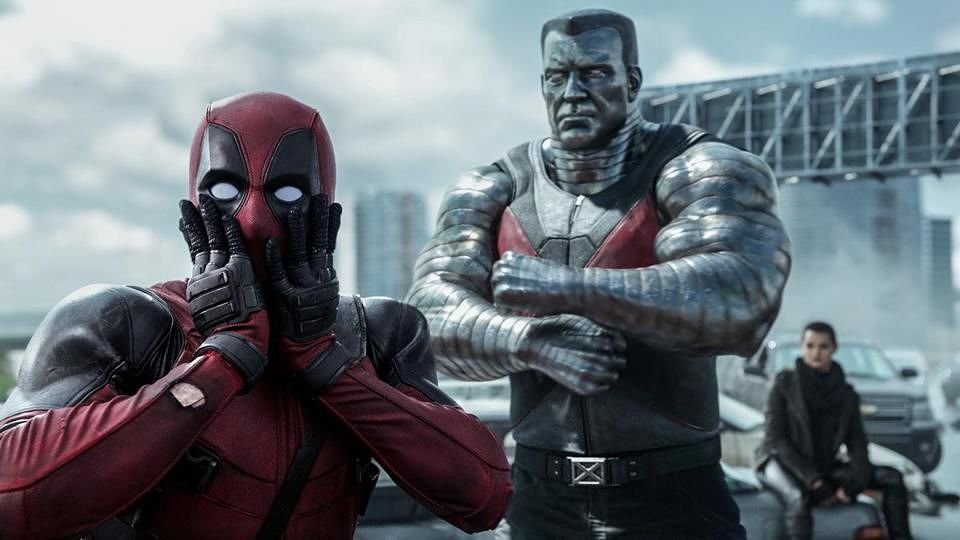 For Deadpool’s first comic run he was always showing up as a villain, but quickly found himself the anti-hero as most highly entertaining villains do. Even the Flickmeister underestimated the popularity of this character, and never would have imagined this could turn into such a successful film. But nowadays superheroes are everything, and it seems the more obscure, the more successful they become. Just like Guardians of the Galaxy, Deadpool has emerged as a pop culture icon, and will continue to grow over the coming years into something so much more than just his foul-mouthed mercenary who breaks the fourth wall.

The success of Deadpool rests with the marketing strategy. Let Ryan Reynolds be Deadpool, appear on every outlet humanly possible, and let him be the hilarious, dirty, and sarcastic badass we have all come to love. Aligning the release with Valentine’s Day was simply genius. It tricked so many wives and girlfriends into seeing the most violent and filthy flick ever viewed on the holiday, and nearly every lady emerged with a newfound love of baby hands. When we watch Star Wars or Avengers, most go in with extreme expectations, but for Deadpool most of the audience had no idea what to expect. They knew it would be bloody and raunchy, but this flick’s success lies in its ability to shock and surprise, and ultimately satisfy.

Now, onto the flick itself! Where to start? How about the beginning, since the credits were some of the best I’ve ever encountered. The Girl With the Dragon Tattoo may have been quite a mediocre flick, but the opening credit scene was aesthetically incredible. It’s memorable, and with Deadpool, the opening credits are more than just a funny way to start the flick. They immediately let you know that this is not the normal superhero movie you’re used to. It makes you laugh, but really, it forces you to let down your guard, because this flick is about to shock you like a cattle prod to the nuts. But not until we see the director listed as “An Overpaid Tool”, or Ryan Reynolds credited as “God’s Perfect Idiot”, or the most accurate one of all, “A Shorter Person Used as a Sex Object”. 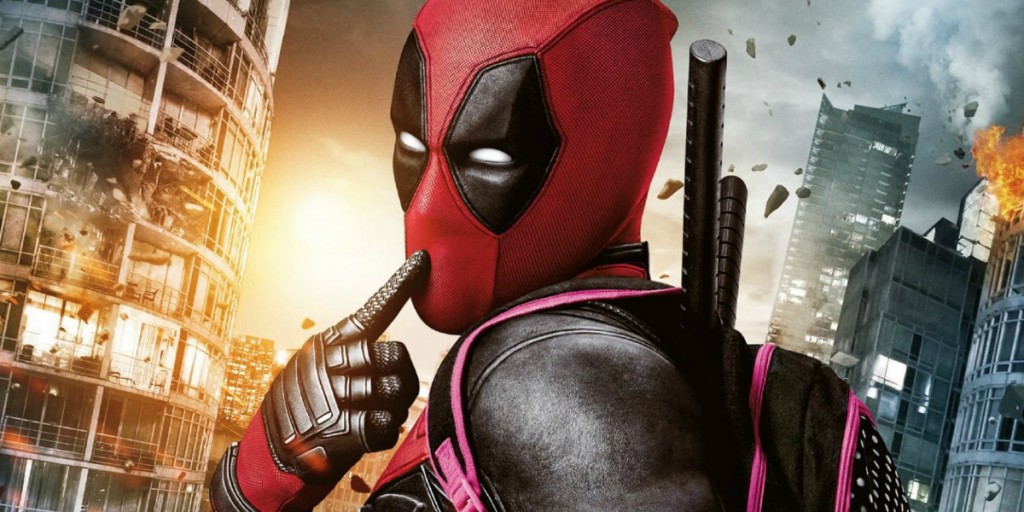 I’ve seen a lot of people referring to Deadpool as, at its core, a cute little love story. While that may be true on the weakest of levels, it’s really not. This flick is driven by revenge, not love. The character of Vanessa, played by sweet and sexy Morena Baccarin in her first major jump from TV to film, literally only exists to be the perfect female description by a man. She is basically the love slave of Deadpool, and has no personality other than being his dream girl. She says what every man ultimately wants to hear, and does everything every man wants her to do. She is as one-dimensional as characters can get, but somehow that doesn’t completely matter in a flick like this. I didn’t go into Deadpool expecting anything less, so it doesn’t actually deter from any enjoyment. Because while it has endless faults, the enjoyment and entertainment level are so high that they cover any faults with Unicorn magic.

From a plot perspective, the film is incredibly thin. It basically is two fight scenes with some dirty love, filthy jokes, and flashback filters in between. But, armed with dick jokes and supreme healing abilities, Deadpool slices and dices his way into our hearts. The story revolves around Wade Wilson, who is given a death sentence with 27 forms of cancer, and finds himself a perfect candidate for the mutant project. We all know how the story goes, but ultimately Deadpool emerges as a man with superpowers who will spend the remainder of the flick turning into a superhero. This is driven by his need for revenge on Ajax, the man who turned him into a rotten avocado and stole his girl.

Every action sequence is engaging and fun, easy to follow, and just entertaining. If only the super villain was more menacing and more threatening, this flick could have been great, and not just an awesome action movie. Ajax was all brawn, and definitely gives Deadpool a run for his money, but is never a true threat. He takes on the role of henchman and doctor, and in removing the character of Doctor Killebrew, essentially is removing any thought or mind from our main villain. Yet somehow it still works, and Ajax realistically becomes a cool enough baddie to carry the flick. Even though this flick is carried on the shoulders of Reynolds and his endless hilarious interactions with Blind Al, Weasel, and of course, the X-Men, Colossus and Negasonic Teenage Warhead.

One thing I also immediately picked out was that Deadpool keeps his mask on for nearly the entire time. The flick understands how to make the character work in the movie universe and doesn’t try to adapt the character to fit into the film. My favorite part of this is that not one minute is spent explaining who the X-Men are, or why they are there. For the first time in a long time, Marvel gives the audience some credit that they understand the mythos of this flick. 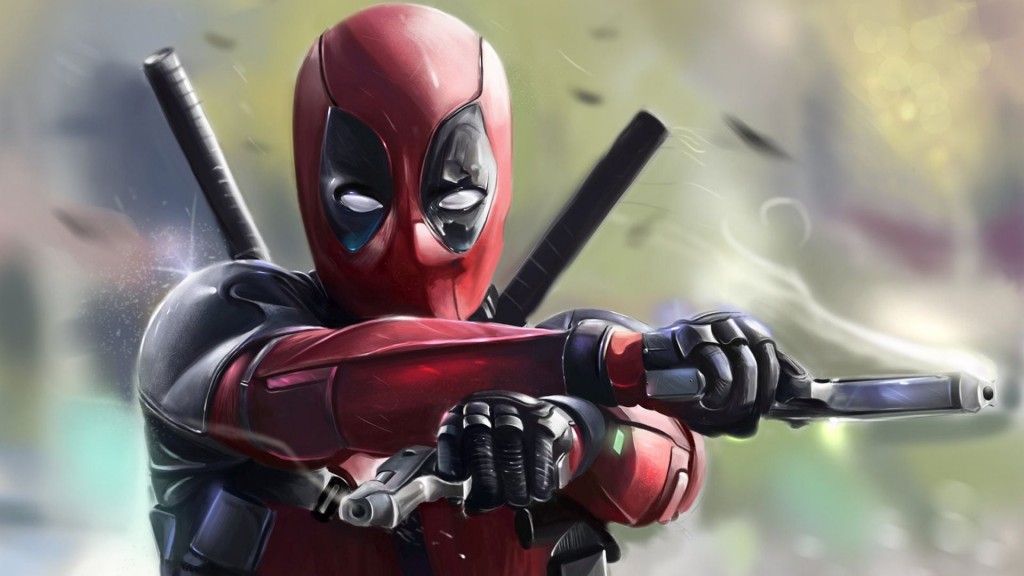 Ultimately, this is the redemption of Deadpool. It has quietly changed the game for all flicks, not just Superhero movies. Movie studios hopefully will now understand that R-rated flicks can be successful, and that filmmakers can make the type of movies they want, and not be forced to remove violence, blood, and gratuitous nudity just to sell a few more tickets.

For me, the best part of this film occurred once it was over. The mere mention of the name Cable just turns me on. The studio will be throwing money at the sequel, and the real winners will be us, those who grew up with Deadpool and Cable from the very beginning. But, in the end, Deadpool was more jokes then blood, when for me, I would have rather had more blood than jokes. 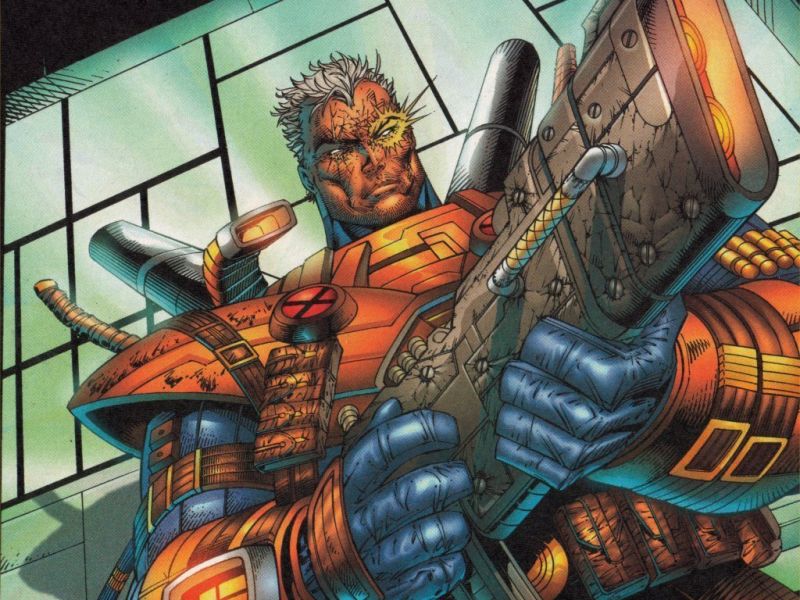 HAVE ANY COMMENTS? WANT TO LET ME KNOW HOW MUCH YOU LOVE WHO GIVES A FLICK? OR TELL ME HOW MUCH IT SUCKS!