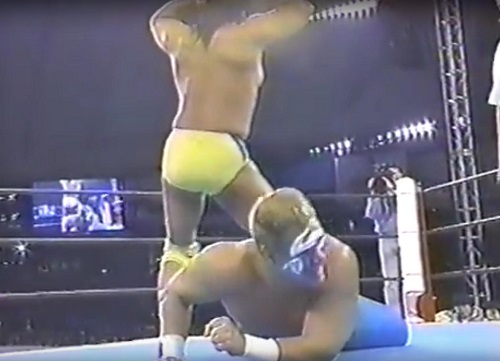 After going through a few announcements involving changes to the feed, pilot season, new shows and various guest spots, Chad and Parv are back to look at the third and final iteration of the WCW / New Japan Super Show which took place on January 4th 93, but did not air until March (so no Observer roundup this time).

[0:23:23] Review of WCW / New Japan Super Show 93, including: Ultimo Dragon botchmania, the political career of Ludwig Borga, Ron Simmons post-title run, Mr. Saito at 51, Parv’s man-love for Hiroshi Hase, and the question on everyone’s lips … did JR and Tony Schiavone really go out and have sushi during this show?