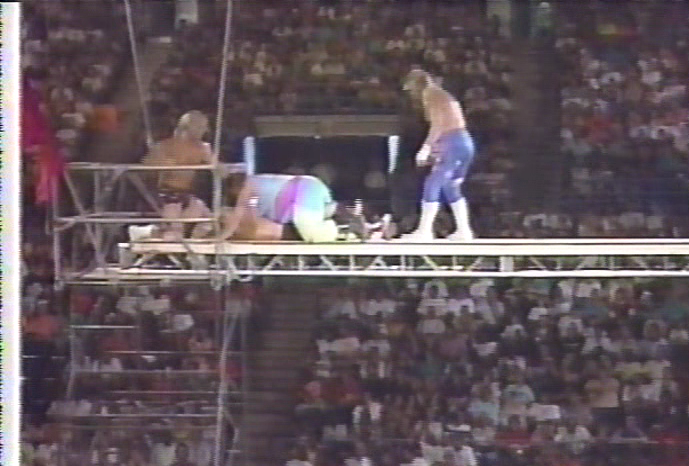 In this bumper edition, Chad and Parv welcome Will to celebrate the two-year anniversary of Where the Big Boys Play taking an in-depth look at a show with the reputation of being one of the worst PPVs of all time: Great American Bash 1991 aka the “We Want Flair” show.

– [8:33] Wrestling Observer and PW Torch roundup: who wrote into PW Torch in 1991?, Dr Zahorian and Hulk Hogan, PN News: behind-the-scenes disaster zone, and all of the details surrounding Ric Flair’s firing by Evil Jim Herd, the fallout and fan reaction.

– [58:12] Review of Great American Bash 91: more discussion of Flair’s firing, PN News in a scaffold match, DDP: a dedicated follower of fashion, reassessing Morton vs. Gibson, El Gigante and some gothed-up midgets, Tony Schiavone as colour analyst, Parv puts forward an alternative way of booking the world title match, and, of course, the burning question: is this the worst PPV of all time or even in the conversation for that title?

AND be sure to check out Matt D’s great companion piece at PTBN: placetobenation.com/the-great-ameri…d-of-spartacus/