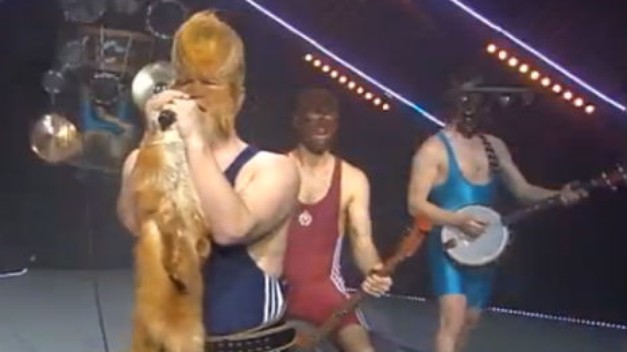 I was driving into work today….which is no different than any other day. I turn on the Rock station, Korn – Twisted Transistor (2005), move to the rap station, The Diplomats (2004) and then the punk station was playing some offspring. You turn on the TV to one of the many karaoke shows. All the people look and sound the same. Can anyone remember the last time any of the winners did anything? Let’s just take The X Factor for example. The season one (2011) winner still hasn’t released her debut album and last year’s winner’s first single peaked at #49….in the country airplay charts.

But let’s just pause there for a second. Maybe music has fallen into mediocrity because of an outdated system. How can something be cutting edge when it’s not recognized until it has already become passé? Much like TV, radio has relied on antiquated systems like Billboard to measure popularity. It has always been cosmetically behind the times. I remember listening to the top 40 with Casey Kasem and every once in a while asking my mother if this was a repeat because everything was so old. Let’s take a look at the most current Billboard Hot 100.

We don’t need to look very far, in fact let’s just focus on the top 6. No one is debating the fact that both Blurred Lines and Get Lucky are charting, but among those in the most popular music right now are Imagine Dragons whose Radioactive has the charts for one full year (currently at #3 in its 50th week) and a song from the movie Pitch Perfect, which has been on DVD since December 2012. So, are they trying to say nothing has come along since 2012 to be that popular still? Ok, I get it, they’re behind the times. But there is also a degree of extreme laziness in it. All we have to do is look at the #2 song in all the country – Miley Cyrus’ We Can’t Stop. We are just going to bypass the notion that people write their own music, that ship has long sailed, but this song wasn’t even written for her. It is a known fact that the song was written for Rhianna, who then passed on it. So, they found the next best…ok, they just gave it to anyone who wanted it. No wonder there are fewer and fewer pop stars, if the music is interchangeable, how talented are these people? Where is the sound that only that artist can pull off? Madonna was Madonna, Metallica was Metallica. That sound could not be duplicated. Now, it’s just walk in, hit record, sing what’s in front of you, couple edits here and there, and we’re done.

I find this odd because we are fully entrenched in the YouTube generation now. People are only limited by their own means, there are no other external factors trying to alter their visions. Creativity and effort should be rewarded. History has already shown such a pattern. Visual spectacles by Kiss and Marilyn Manson have overshadowed their mediocre music. More recently look at an average band such as Ok Go whose Treadmill video has vaulted them up the recognition charts. So, with a proven track record, why aren’t more musical acts willing to take such a risk? The stigma of being an internet wonder has long since worn off.

I do believe that one such band has done such a feat…on live television nonetheless. So where was this? LA? NY? London? Nope. We must head to the tiny Baltic nation of Estonia for this adventure. Europe runs a yearly competition known as Eurovision. The best comparison I can make is an all-star edition of American Idol. Each country votes for who will represent them in the competition. All the winners perform and the continent will vote for a winner. So, back in Estonia, a local punk band called Winny Puhh (named after the bear of course) went outside of the box for their performance, a lovely ballad about a man who travels to Latvia.

With all that said, there is a fine line between art and insanity. Winny Puhh has certainly brought us right to that point. So whether or not this is your cup of tea, they should be applauded for at least trying to be original.